‘Beat Takeshi’ goes rogue cop in his first self-directed feature, as Takeshi Kitano. It’s excellent, a brutal tale with a fascinating lead character and a directorial style that compels one to watch — it’s never easy to know what will happen next. 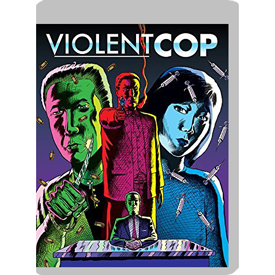 I’m always on the lookout for certain movies I’ve heard recommended, or that have descriptions that intrigue me. When I saw a reference to Takeshi Kitano’s Violent Cop, I knew I’d want to take a look. As happens so often with Japanese pictures, it’s a new experience, as if someone had yet again reinvented a genre movie in a different way. Takeshi Kitano was already a famous household name as comedian ‘Beat Takeshi,’ on film and in multiple television shows. We first learned of him through the serious Merry Christmas, Mr. Lawrence, where he plays the prison camp Sgt. Gengo Hara. In 1989 Kitano was set to star in a police comedy to be directed by Kinji Fukasaku. When the scheduling didn’t work out Kitano took over the direction himself. Filming in sequence and largely ignoring the script, he changed the film almost completely, from a comedy to a straight drama.

Japan would soon undergo a revival of violent genre fare, even weirder than the extremes of the 1970s. At first Violent Cop seems like a Yokohama- set version of Dirty Harry, but it quickly develops its own special style and flavor. To begin with, the Japanese language title Sono otoko, kyobo ni tsuki translates roughly as, ‘Warning this man is dangerous,’ or, ‘Warning this man is crazy.’ That’s really accurate, all right. 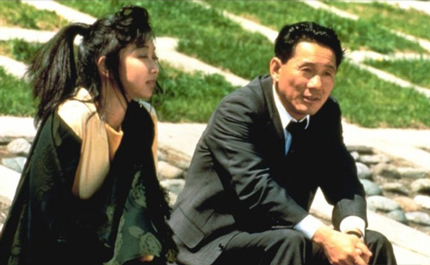 Three teenagers beat up a harmless homeless man. A few minutes later, detective Azuma Ryosuke (Beat Takeshi) walks right into the nice home of one of the teens, barges into his bedroom and slaps him until he cries like a baby: ‘You and your friends better show up at the police station tomorrow.’ Azuma uses illegal brutality on the job at practically every opportunity; with hardened criminals and young punks. He’s constantly being reprimanded and ordered to submit written apologies, but he has no intention of changing his ways. A new precinct captain tells him to back off, but the only thing Azuma seems to care about is his sister Akari (Maiko Kawakami), who has mental health problems. Even when he says ‘thank you,’ Azuma seems to be adding, ‘and stay out of trouble.’

A tough guy with a poker face and bow-legs, Azuma Ryosuke says little as he breaks in a new man. When not beating up people, the respected (and feared) veteran is constantly borrowing money and making bets. He responds to any provocation, even from his fellow cops, with a willingness to fight. This comes in handy when dealing with the minions of a local heroin importer, pitiable punks that fold up quickly under his savage beatings. The exception is the reptilian Kiyohiro (Hakuryu), an assassin so difficult to catch that Azuma has to run him down with his car. When the head drug boss Nito (Ittoku Kishibe) discovers that Azuma has learned that a colleague, Iwaki (Shigeru Hiraizumi) is on the mob payroll, Kiyohiro is ordered to perform a number of cover-up murders. Kiyohiro is an almost equally uncontrollable sadist. After a bloody ‘interrogation’ session with Azuma, he goes off the deep end as well. He kidnaps Akari and turns her over to his hooligan underlings. 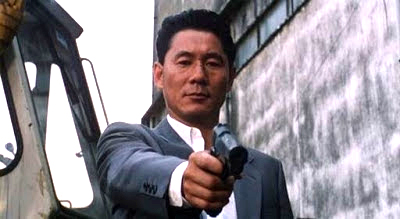 Violent Cop hasn’t a particularly original plot, but Takeshi Kitano’s direction is nothing less than sensational. Everything is pared down to the efficient visual, or a single angle or two that seems to say everything about a situation or location. One or two- shot scenes are common, yet we never feel restricted or claustrophobic. Most of Beat Takeshi’s performance sees him sitting or standing still with an unreadable neutral expression on his face. He uses the same ‘face’ whether staring down a thug in detention, or enjoying a drink with his new partner. A reaction shot of Azuma will be held for an unexpected length, so much that it almost becomes amusing. His explosive nature is such that the held shots build tension. We can’t take our eyes off of him – any second he may laugh, or kill somebody.

The cop action is excellent, even with Kitano’s limited, carefully chosen angles. He reportedly clashed with his crew during filming, when he resisted panning and trucking to follow action, because doing so brought all kinds of ‘unwanted content’ into the frame. Yet Kitano’s choice to ignore conventional coverage results in an unpredictable continuity and terrific sequences. Action is never provided by the editor, but instead explodes from a frame that can barely contain it. Only when people actually die does the cutting become more fragmented. 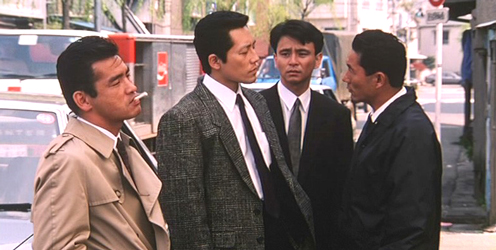 The movie has a comic side, if only because of Detective Azuma’s impossible stoicism. He makes a few off-the-wall comments, as when a bargirl asks what he does for a living. He’s fairly accepting of his new partner, but quickly runs out of patience with him during a car chase, when the young man can’t make himself drive the wrong way on one-way streets. Azuma is gentle with his sister and has accepted that her behavior is unpredictable, that there’s ‘something wrong with her head.’ We know there’ll be trouble when Azuma comes home to find a young man in her bed, that she’s picked up the night before. Azuma pummels and harasses the kid all the way to the bus stop. As with Dirty Harry, Japanese audiences surely found Azuma’s way of relating to people amusing.

But the funny content drops away as the show becomes ever more brutal. Azuma looks the other way on the issue of his corrupt colleague, and the killing continues until a direct feud opens up between him and the sadistic Kiyohiro. The killings and attacks become fiercer and Azuma’s reactions more psychotic – he’s seemingly unconcerned about the cost of the fight to ordinary citizens, even when innocent passersby are killed. Kiyohiro’s flunkies shoot Akari up with dope and repeatedly gang rape her, setting up a classic revenge slaughter. 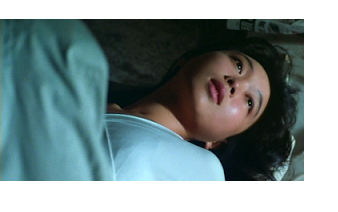 Takeshi Kitano’s direction never wavers. His filming choices are so simple that they appear to be instinctual, yet to some degree they remind us of an earlier era’s French crime films, that achieve visual purity by limiting angles, yet maintain a feeling of realism. I’d peg Kitano’ style as something close to Jean-Pierre Melville, with its own set of idiosyncrasies. After years of watching ultra-violent police revenge sagas from around the world, this crazy movie reenergizes the format. It’s Beat Takeshi’s star power that makes it work, and he’s certainly more compelling than the crop of violent American action heroes of the late ’80s — Schwarzengger is a joke by comparison, and late career Bronson not much better.

Violent Cop was made almost thirty years ago, so its gore quotient has been superseded in quantity. Yet I’d say its impact is undiminished. Takeshi the actor and Kitano the director have made a movie about an impassive, impossible character that still seems authentic. In the last scene Azuma becomes a genuine anti- Ethan Edwards of The Searchers, committing an unthinkable act of killing. Yet for the place and the time, it makes its own crazy sense. The ‘this man is crazy’ title is all too true. 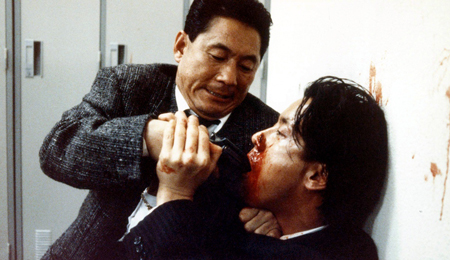 Film Movement’s Blu-ray of Violent Cop is an excellent HD encoding of this terrific crime picture, one that I find more exciting than most of what was being made here in the 1980s. The crisp cinematography takes us from the Yokohama waterfront through the shopping centers, the fancier neighborhoods and the low-rent apartment blocks; a cop obviously has to know the neighborhoods well not to get lost. Daisaku Kume’s light jazz music score is emotionally more neutral than cool. Kitano integrates an electronic version of an Eric Satie tune into his long-take, long lens views of Azuma walking through the city. We’re told that Takeshi Kitano’s direction improved with subsequent pictures, so I will be moving on shortly to his Boiling Point, which is also in disc release from Film Movement.

Both a new trailer and a Japanese original from 1989 are included. Even the trailer is progressive, as it uses the single-shot blackout technique that became the norm in ‘serious’ U.S. trailers a year or two later. In this case Kitano’s shooting style dictated the way the trailer was edited — it isn’t like the editor could find any relevant cutaways.

My old Criterion contact and associate Marc Walkow has produced a classy featurette for this Violent Cop disc. One of the producers and the actor who plays Azuma’s sidekick explain how the picture came about, and what it was like to film for a renaissance man who didn’t follow any of the rules and followed his own intuitions. One walking scene (which actually is a trucking shot) of Azuma cuts his head off, purposely. We understand why the cameraman might mutiny over such a choice, as everything in their craft is against such things. Although it wasn’t imported to the U.S. when new, Violent Cop did well in international distribution. Film Movement’s disc package for will be a revelation for crime genre fans looking for something both new and good.