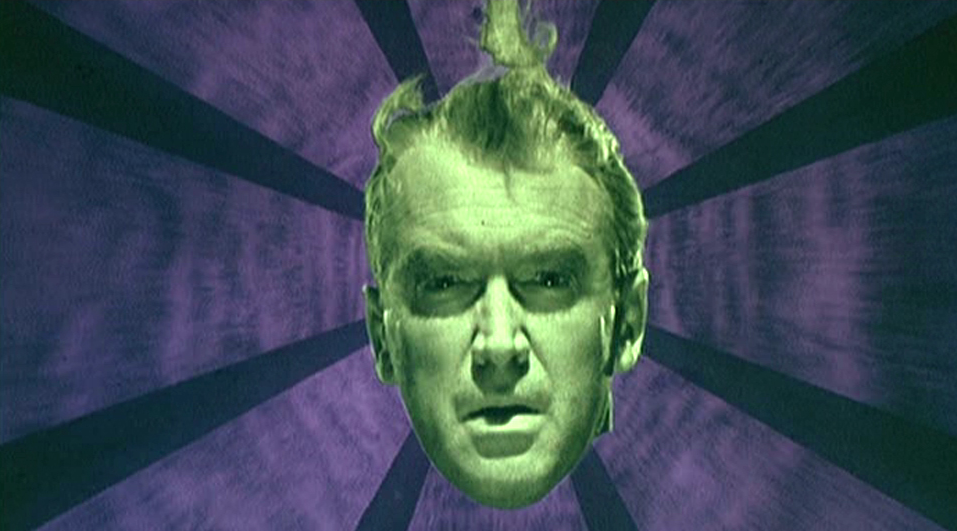 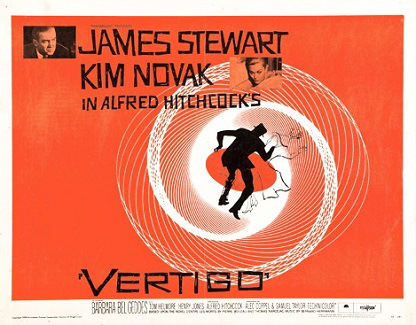 Alfred Hitchcock’s masterpiece VERTIGO, restored and presented in 70mm, will be shown at the Hollywood Theatre in Portland on July 17, 18, and 19. I’ll be there, because this film has a special place in my heart.

In 1959 we lived in the small English village of Odiham in Hampshire. 3000 people, 7 pubs, one picture palace—The Regal. I was 13 years old, and for the first time I was allowed to go to the movies on a winter’s night by myself. (My mother was a little over-protective, hence my later flirtation with stunts.) To get to the Regal on the outskirts of town, I had to walk through the cemetery of the Norman-era church. Dark shadows. Wisps of fog. Knowing I was going to see a film crafted by a director dubbed the Master of Suspense made the graveyard all the spookier. 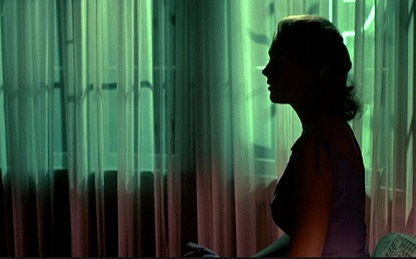 VERTIGO was on its re-release, making its way through the secondary circuit of British cinemas that played two double bills, three days each, per week, then a pair of older re-issues on Sunday evening. Hitchcock’s richly atmospheric story of obsessive love had not been a critical or commercial hit in America, so here it was paired with a Rory Calhoun B western FOUR GUNS TO THE BORDER! 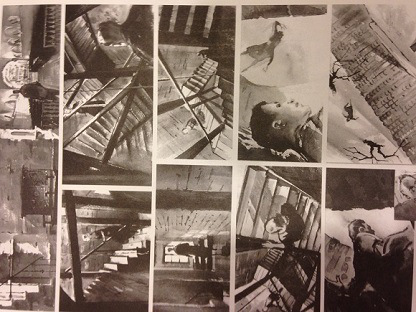 When VERTIGO began with the stunning Saul Bass title sequence propelled by Bernard Herrmann’s score, something took hold of me. I had seen films before, but this time I was transported into a new universe, vivid in color, dark in motivation. My first encounter with an anti-hero. And who better to confuse your loyalties than the inherently sympathetic James Stewart?  To take the audience inside the protagonist’s tortured psyche, Hitchcock commissioned a dream sequence.

He had recruited from the art world before, notably hiring Salvador Dali for the dream sequence in SPELLBOUND. This time he turned to contemporary artist John Farren, an Abstract Impressionist, whose work is displayed in the Metropolitan Museum of Art, the Guggenheim, and the Los Angeles County Museum. Farren had a fondness for explosive expressive color which suited Hitchcock’s preoccupation with red, green, and gold.

This fever dream is the only clip I will offer to induce a young audience to come and discover a 57-year-old movie that has plenty of the visual dazzle they expect in movies today. But there will be no machine gun editing. VERTIGO spins its mystery in a lush, languorous, hypnotic way. Every shot was preplanned, translated from the movie that played in Hitch’s head. This storyboard covered the key elements in the climax.

Hitchcock said the iconic “vertigo shots” were inspired by once getting “terribly drunk” and having the sensation that “that everything was going far away from me.”

Today it would be done with CGI. But Hitchcock achieved this dizzying effect—much imitated since—by simultaneous reverse track/forward zoom point of view shots of a miniature model of the staircase lying flat on the camera table.  Ingenious, as ever. 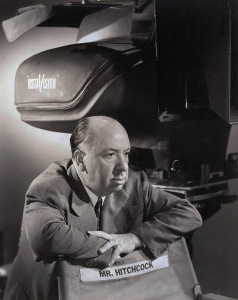 VERTIGO was shot in VistaVision, a technology first developed in the late 1920s, stalled by the Great Depression, then brought back in the mid-1950s to offer cinema audiences a bigger screen than television, which had begun to erode ticket sales. Here’s some fascinating technical information from the Widescreen Museum’s well-researched website.

In VistaVision, film ran through the camera horizontally, exposing a frame every 8 sprocket holes, whereas normal 35mm cameras, running film vertically past the lens, exposed a frame every 4 sprockets. In effect, the VistaVision process almost doubled the image, creating a frame 65mm wide of enhanced depth and clarity.  It is from this original negative that the restored 70mm version has been created. Paramount never played VERTIGO in its original format, due to cost.

Horizontal cameras meant horizontal projectors, a cost theater owners were not prepared to bear. So the film was duplicated onto 35mm that could be projected everywhere with existing equipment. But the version showing at the Hollywood Theatre has the rich picture quality Hitchcock strove for. So, if you think you have seen it on DVD, it’s a different experience on the big screen. Besides, I find something new with each repeat viewing. 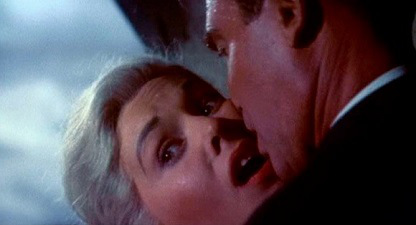 Of course, at age 13, some of the moral dilemmas and sexual undertones escaped me, along with its pessimistic allegory of life as quicksand, of a good man brought down by love and unresolved longing, illusion and reality ambiguous and interchangeable. I did not know that the obsession of the central character was paralleled by Hitchcock’s own obsession to create and mold the perfect blonde. 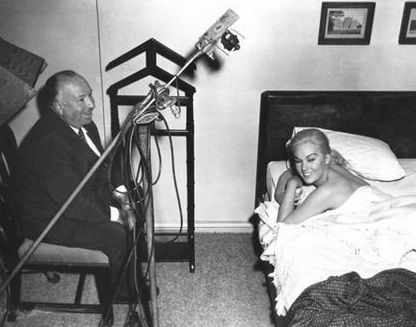 But the film took me on an emotional thrill ride. I loved the way it made me feel, and I knew then and there that I wanted to make other people feel that way too. Thus my ambition was born. Luck and persistence gave me opportunity. My pleasure became my vocation. Obviously, I am no Hitchcock. I am no fencing champion either, but I still compete.

Brian Trenchard-Smith is an Anglo-Australian film and television director, producer, and writer, with a reputation for large scale movies on small scale budgets. Quentin Tarantino referred to him in Entertainment Weekly as his “favorite obscure director.” His early work is featured in Not Quite Hollywood, an award-winning documentary released by Magnolia in August 2009.

Born in England, where his Australian father was in the RAF, Trenchard-Smith attended UK’s prestigious Wellington College, where he neglected studies in favor of acting and making short films, before migrating to Australia. He started as a news film editor, then graduated to network promos before he became one of a group of young people that, as he recalls, “pushed, shoved, lobbied and bullied the government into introducing investment for Australian made films.” He persuaded Australia’s largest distribution-exhibition circuit at the time, the Greater Union Theater Organization, to form an in-house production company that he would run. The company made three successful films in a row, and his career was underway. In parallel careers, he was also founding editor of Australia’s quarterly Movie magazine for 6 years, and has made over 100 trailers for other directors in Australia, Europe, and America.

Among early successes among his 41 titles were The Man From Hong Kong, a wry James Bond/Chop Sockey cocktail, the Vietnam battle movie Siege Of Firebase Gloria, and the futuristic satire Dead End Drive-In, a particular Tarantino favorite. BMX Bandits, showcasing a 15-year old Nicole Kidman, won the Prix Chouette in Europe, as Best Saturday Matinee Movie. Miramax’s The Quest/Frog Dreaming, starring ET’s Henry Thomas, now on Blu Ray, won a prize at Montreal’s Children’s Film Festival. He has directed 43 episodes of television series as diverse as Silk Stalkings, Time Trax, Five Mile Creek, The Others, Flipper, Chemistry, and the Showtime docu-drama DC 9/11: Time Of Crisis, one of five movies he made for the network.

Among Trenchard-Smith’s recent films are Long Lost Son, starring Gabrielle Anwar and Chace Crawford for Lifetime, and the family drama disaster movie Arctic Blast, starring Michael Shanks and Bruce Davison, which premiered on Spanish television as the number 1 movie with a 15.6 market share, and more than 2.5 million viewers. In Dublin he shot The Cabin, a rom-com starring Lea Thompson for the Hallmark Channel. He produced and directed Absolute Deception, a thriller starring Academy Award Winner Cuba Gooding Jr. Recently released through Image is Drive Hard, an offbeat action comedy with John Cusack as the bank robber and Thomas Jane as his reluctant driver.

His body of work has been honored at the Paris Cinema, Karlovy Vary, Melbourne, Brisbane and Toronto Film Festivals. In 2016 he received a Lifetime Achievement Award from the Fantaspoa International Fantastic Film Festival. The National Film and Sound Archive of Australia recently hosted a three city retrospective of his films. He is a member of the Masters of Horror Circle, and is a contributing guru to Trailers From Hell. He is married to Byzantine historian Dr. Margaret Trenchard-Smith, and lives in Portland, Oregon.