What?  Not another Hungarian silent film from 1914 — how many can the market bear?  Actually, the rarity and high quality of this amazing rediscovery is nothing to laugh at. Michael Curtiz made fifty or sixty features before coming to America, and this sentimental melodrama shows us that basic entertainment values haven’t changed. 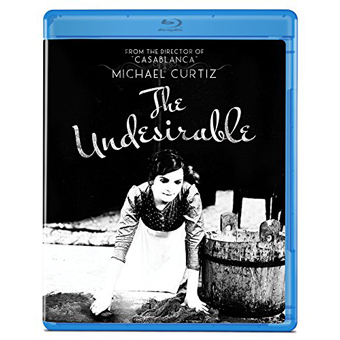 They tell us that most silent films are lost forever, and a look at the missing titles in the filmography of Michael Curtiz makes us realize just how true that is. Although not a household name Curtiz directed movies that everybody knows — Casablanca, The Adventures of Robin Hood, Yankee Doodle Dandy, for starters. I particularly enjoy his The Egyptian and The Breaking Point. Curtiz could work in many styles but he’s best known for his fast-paced, intricately blocked Warners dramas. Next to Sam Goldwyn, Curtiz is the most quotable Hollywoodite for malapropisms, such as the timeless utterance, “Bring on the Empty Horses.” 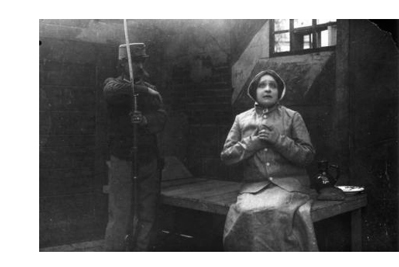 The earliest Curtiz film I’ve seen is 1928’s Noah’s Ark. Leap back 26 years and one continent away from Bogie and Bergman and Curtiz is in Hungary (possibly Romania) shooting The Undesirable (“A tolonc”) under his Hungarian name Kertész Mihály. I’m told that a large number of his silent Hungarian pictures are long gone, possibly since WW2, so it’s almost unbelievable that this one would show up, especially in such pristine condition.

Also translatable as “The Exile,” The Undesirable is a collection of sure-fire audience pleasing plot elements. A calamity struck The Liszka family long ago, but Betty (Lili Berky) only discovers the truth of it on her father’s deathbed. The man tells her that he’s really her uncle, and that her mother was sentenced to prison for killing her father. The poor but deserving Betty becomes a maid in a bourgeois household. The handsome son Nick (Victor Varconi) falls in love with her, but the philandering father comes back from the pub and makes a pass at her. The mother is upset, the front door is left open, and a ‘wandering vagabond’ steals the family’s valuables. Blaming Betty solves the problem, and she’s branded an undesirable and banished back to her village of origin. Nick follows, not knowing what to believe. And so does the real thief. BUT — newly released from prison after fifteen years, Betty’s mother Sarah (Mari Jázsai) is making her way back to the village as well. Can a Mother and Child Reunion be only a moment away? 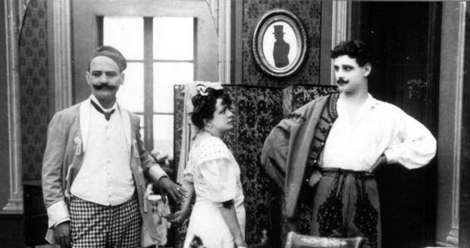 Playwright Ede Tóth is from the middle of the 19th century, and The Undesirable seems at least that old. It’s structured very much like the morality play, ‘Mamma Mia’ – style stage act seen in New York’s Little Italy in Coppola’s Godfather II. As if modeled on D.W. Griffith, interiors are organized on the ‘one room – one angle’ principle, with no close-ups, cutaways (except to title cards) or camera moves. Much of the scenery is painted, but many shots are quite elegant, especially the interior of Sarah’s jail cell, or exteriors showing her walking beside a calm lake. If the IMDB is correct, the pretty mountains we see are the Carpathians of Transylvania. The story movement is from a little village to a bigger town, and back to the village again.

What’s different, at least a little different, than a Griffith picture is the dramatic pitch of the acting. When in the midst of ‘big emotion,’ the yearning mother and daughter do make broad theatrical gestures. And Victor Varconi is frequently directed just to pose and look attractive for all the females in the audience, what with his curly hair and full mustache. But a lot of the acting looks like ‘behaving.’ The actor playing the thief doesn’t perform an extravagant mime to suggest an ‘Oil Can Harry’- type villainy; if anything he’s too subdued. Betty and Nick’s romance is depicted in a tease game with her apron; the narrative pauses for a minute while they play like little kids. The actors appear to have been told to ‘let go’ to make the scene work.

The filmmakers work the two threads of the story — the mother & daughter reunion, and Betty’s vindication, to form a double climax. It’s linear and uncomplicated, but rather cruelly unfair in some respects. The womanizing husband simply ceases being an issue, while the ex-convict mother apparently merits further punishment. The audience is rewarded with the ending it expects, as if being told a familiar fairy tale. Some happy dancing in traditional costumes is thrown in at the end, just for its own sake. 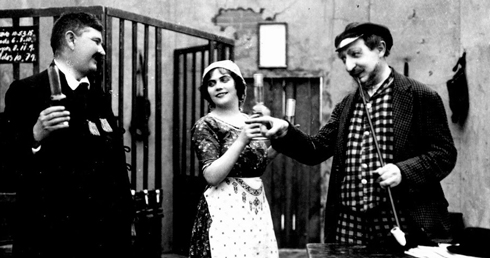 At two points in the story, Sarah yearns for her little girl, and an image of Betty as a young child ‘ghosts’ in on the opposite side of the screen. The cameraman doing this illusion really knows his stuff, as the ghost image enters without a flicker or any sign of instability. The extra images stays rock-steady, but these hand-cranked cameras from 1914 can’t possibly have been pin-registered, I’ll bet that the illusion was done with a reflection in glass. It’s just too clean.

We’re told that the cast consisted of prominent local actors of the day. Leading man Várkonyi Mihály seems to have preceded Curtiz by a year or two in emigrating to the United States, and as Victor Varconi became a reasonably well-known character actor. Varconi’s biggest role is in For Whom the Bell Tolls, but he’s in quite a few pictures. I always assumed he was Italian. 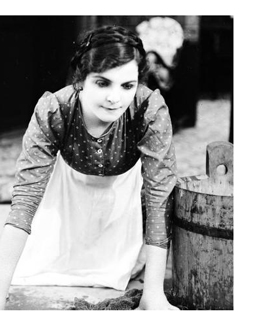 Olive Films’ Blu-ray of The Undesirable knocked me out. I expected to see a ‘rescued’ film, perhaps partially restored. It almost looks like no restoration was needed. The image is astonishingly good, better than the stills I’ve found for this post. Olive’s cover illustration looks like a hi-con, but the corresponding scene in the movie (and the original still, excerpted ← left) has a full gray scale. The only flaw I saw was just one instance where the image seemed to have shrunken a bit, causing a tiny bit of instability in part of the frame.

The picture-perfect images are fascinating. Instead of being square, the aperture plate in the camera has rounded corners, making the film appear even more ancient — it seems too good-looking to be so old.

All the inter-titles are in English, and since the film was reportedly found “in the basement of the Hungarian Cultural Center” in New York, the choice of language makes sense. The names Betty and Nick might be ‘Angyal’ and ‘Miklós’ in the originals, if the IMDB’s information is good.

The introductory paragraph on the back of the package, tells us little about the movie except that it was restored in Hungary. The music accompaniment is a very good orchestral score by Attila Pacsay. When musical instruments are seen in the picture, the score even tries to sync with them.