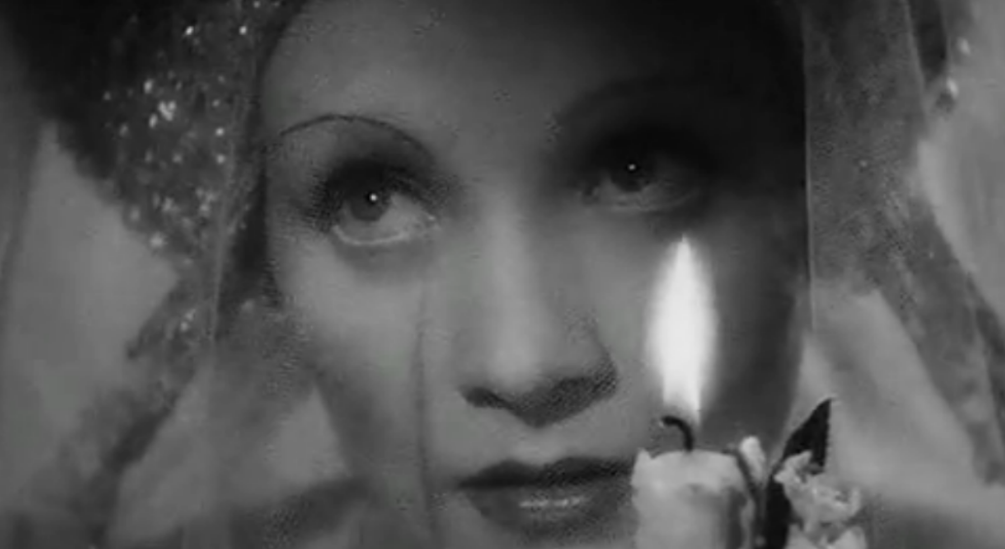 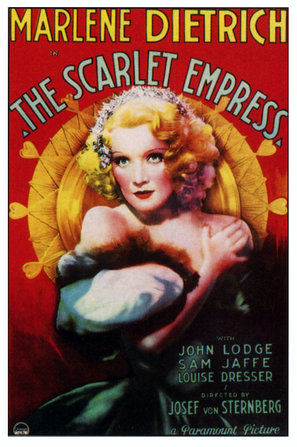 The Scarlet Empress (1934), starring Marlene Dietrich, John Lodge, Sam Jaffe, Louise Dresser and “a supporting cast of 1,000 players,” is director Josef von Sternberg at his most grandiose and excessive, which is just another way of saying “at his best,” at the height of a state of expressive delirium no other director has ever really matched. (Though many have, either consciously or subconsciously, tried– I wonder if Ken Russell ever admitted envy for von Sternberg or this film.) Von Sternberg’s paints his pictures with gasp-and-giggle-inducingly broad strokes, but his approach is no joke. There’s an exhilarating strain of claustrophobia in the director’s films which is given its freest rein here. His frames are burdened with grandeur, luxury and horror closing in, and he achieves a genuine sense of epic sprawl and decadence, despite the orchestrated sense that the whole of Russia, royalty as well as the entirety of its oppressed, terrorized subjects, exist in a subterranean network of grottoes shot through to the dankest corners with spiritual rot.

Not an element of the film is misplaced from von Sternberg’s apparently obsessive zeal; the story of the innocent and eventually calculated ascendance of the Prussian princess who would come to be known as Catherine II, “Russia’s most powerful and sinister empress,” whose presence, initially meant to temper “the madness of the holy Russian dynasty,” soon becomes its corrupt fulfillment, is its own particular journey into a purple heart of madness. (The quoted descriptions are taken from the intertitles von Sternberg uses liberally throughout his film, which in concert with his rapturous imagery, do much to link The Scarlet Empress to the history of silent film, which at the time of its release was a mere five years in the rearview mirror of history.) I don’t know if I’ve ever seen a movie which so absolutely feels like the fulfillment of its director’s intentions, indeed his entire career, but if that movie exists this is surely it– if anyone can point me to any accounts of the production of The Scarlet Empress, I would greatly appreciate it. 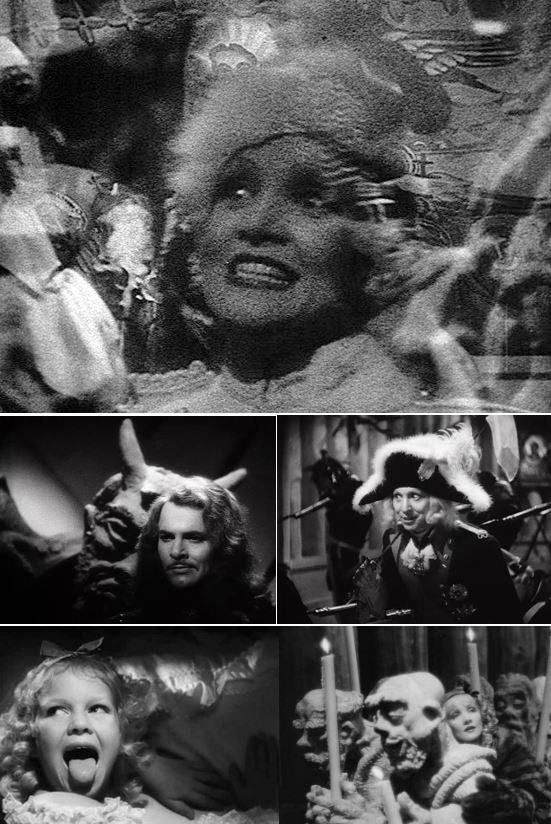 In the meantime, I will avoid ever seeing The Scarlet Empress with a hip, modern audience who would certainly pounce upon its eccentricities and indulgences, its Elbrus-heightened performances, with the fury of a thousand Satellites of Love. Know-it-alls prone to poses of superiority toward a film style which doesn’t ring true to their experience wouldn’t know what to do with John Lodge, as Count Alexei, royal emissary and ladies’ man to the court, lustfully curling his lip toward the under-age and under-experienced Catherine from beneath mountains of sable, or Louise Dresser as the callously impatient Empress Elizabeth, who commissions young Princess Sophia to her royal fate, a vicious monarch played in the flat, unaffected style of dust bowl-era Jane Darwell, constituting a contrast of style Armando Iannucci might appreciate which results in a delicious clash with Elizabeth’s ornately royal carriage. And God prevent us from their assessment of the pleasures of Sam Jaffe’s lunatic grand duke, Peter III, who even invokes Harpo Marx, eyeballs clacking furiously in their sockets, as he spins off toward his doom.

As for the great movie star, there’s a particularly dirty frisson in watching Marlene pop her own orbs as she’s first exposed to the dirty secrets of the royal house, then continuing the hypnotic gaze as she slowly, seductively morphs into the monstrously self-aware Catherine of history, one refracted of course through a more familiarly diffuse lens of Hollywood Dietrich. Catherine seems unhinged in her own way from the start, which of course makes her the perfect addition to this Russia house, as Dietrich slowly exposes her heart and soul, the tarnish of evil visible through scrims of gauze and lit by the most exquisite, quivering candlelight. The Scarlet Empress is, I think, just about a perfect movie; it’s gloriously, royally deranged.