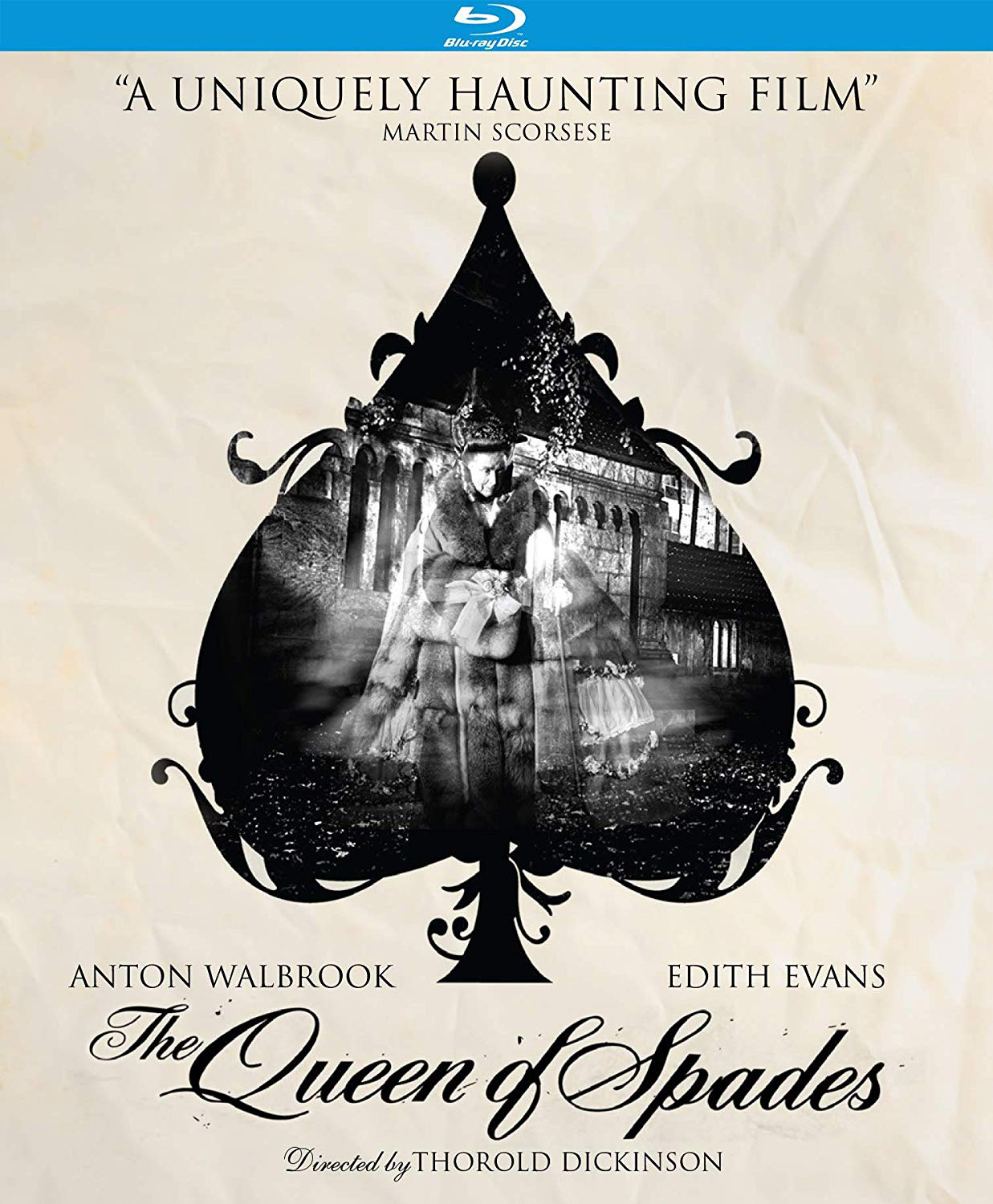 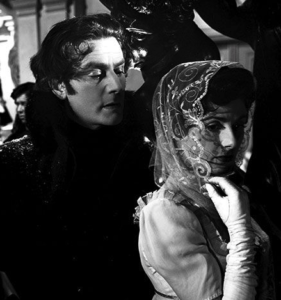 One of the pleasures of discovering 1949’s The Queen of Spades is also discovering its director, Thorold Dickinson. Born and educated in Bristol, he abandoned Oxford for London to concentrate on the fine art of film editing and soon found himself behind the camera. Dickinson made waves with 1940’s Gaslight but Queen was something of a critical flashpoint for the diligent director – called in as a last minute replacement, the project would cement his reputation as an artist whose portentous visual style said as much about his characters as any screenplay. Not coincidentally, those qualities were shared by the film’s associate producer, Jack Clayton, a fine director and brilliant cinematographer.

Based on Alexander Pushkin’s 1834 short story, the film is set in a snowbound St. Petersburg enclave in 1803, a gothic inversion of one of Ernst Lubitsch‘s fairy tale villages. Anton Walbrook plays Herman Suvorin, a down on his luck soldier who sets his sights on the Countess Ranevskaya, an ancient dowager with supernatural skills at the card table. In order to learn the old lady’s secret he uses her beautiful but naive ward as a go-between – unfortunately for the greedy Suvorin, he gets what he wants. 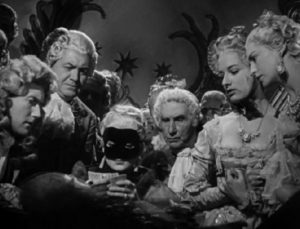 Tchaikovsky had already turned Pushkin’s story into an opera in 1890 and Dickinson’s film is similarly musical in its execution – much of it takes place in a pub where an earthy chanteuse holds forth as a teasing chorus to Suvorin’s downward spiral. Channeling Max Ophüls, cinematographer Otto Heller’s camera slides round and about the actors who enter and exit the frame with a dancer’s timing. That lyrical mise en scène gives Dickinson’s tight-knit melodrama the expansive scope of an evening at the Met (the sets and costumes were designed by Oliver Messel). 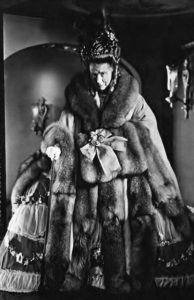 The film is intimate too, with looming closeups of the doomed Suvorin, his unsuspecting partner-in-crime Lizaveta (Yvonne Mitchell) and the baleful face of Ranevskaya herself, played by Edith Evans. The storied English actress was just 61 at the time but her wizened features and Robert Clark’s makeup more than suggest an 88 year old harridan with a skeleton in her closet – even her skin looks dusty. Evans doesn’t have a lot of dialog but with her malevolent stare and towering periwig she manages to be more ethereally creepy than Martita Hunt’s Miss Havisham. She induces frissons even off camera – Dickinson uses the sound of Evans’ enormous skirt trailing across the floor to warn of her approach – it sounds like the hissing of a snake – watch out, she’s near.

That serpentine whisper becomes even more ominous after the woman is dead and buried – but the film is generally ambiguous about any supernatural hanky-panky. Suvorin’s panicked mind seems to haunt him more than any real ghost, a psychological malaise that Jack Clayton himself used to chilling effect in The Innocents. That elegant ambience works against the film when it comes to simply scaring the audience – aside from an alarming moment at Ranevskaya’s funeral, Dickinson is just too genteel to go for the gusto (William Castle would have had kids from Hoboken to Bakersfield wetting their pants). 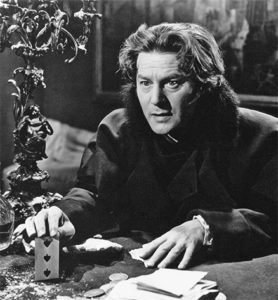 In the late 50’s, with his director’s career on the wane, Dickinson began a series of lectures on moviemaking and helped create the film studies department at the Slade School of Fine Art in London where he taught, among others, future film critic Raymond Durgnat. We can still learn a lot from this superb director and Martin Scorsese starts the conversation in one of the extras on Kino Lorber’s new Blu ray release.

Kino’s transfer of Heller’s magnificent cinematography does the photographer proud. The Czech-born Heller began his remarkable career in 1918 and wrapped it 52 years later with The Ladykillers, Peeping Tom and, wait for it, Can Heironymus Merkin Ever Forget Mercy Humppe and Find True Happiness?

Along with the Scorsese intro the disc has a number of intriguing extras (including an informative interview with Dickinson himself chatting about the fraught production of The Queen of Spades).

The official line up of extras: