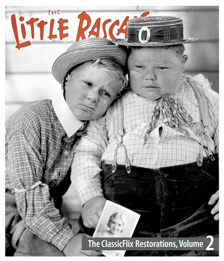 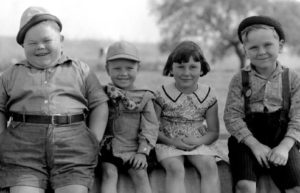 Religion may be the opiate of the masses but nostalgia runs it a close second. And there’s no narcotic more soothing or transportive than the depression era adventures of Our Gang, a band of pint-sized comedians set loose in the wilds of Culver City. The new release from ClassicFlix, The Little Rascals, Vol. 2, raises the curtain on the gang’s golden age; still topping the bill were Jackie Cooper, Allen Hoskins as Farina, Norman Chaney as Chubby, and Bobby Hutchins as the knee-high Wheezer. Producer Hal Roach continued to micro-manage every pratfall, Robert McGowan retained his position as the Rascal’s preeminent director, and H. M. Walker dreamed up the lion’s share of the scenarios. A former sportswriter, Walker crafted stories in the tradition of Tom Sawyer and Aesop’s Fables—cautionary tales disguised as kid-friendly comedies. The folkloric nature of Walker’s work was only amplified by the introduction of two new characters; a fairy godmother from the Highlands and a beguiling Goldilocks in school teacher’s drag. 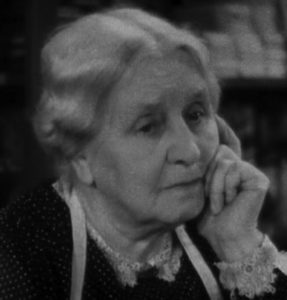 Margaret Mann was born in 1868 in Aberdeen, Scotland and began her career with a supporting role in 1914’s The Skylight Room, a woe-is-me romance based on an O. Henry story. Mann rode a roller coaster from there on, achieving transitory fame with a starring role in John Ford’s Four Sons before a succession of walk-ons, including a blink and you’ll miss her appearance in Frankenstein and a cameo in Mr. Smith Goes to Washington. A perennial dowager, her work clothes usually consisted of a shawl, an apron, and a pair of sensible shoes. Her most effective tool was the comforting Scottish accent she wielded in all her speaking parts, a honey-coated brogue fundamental to her portrayal of Grandma Mack, a bastion of mercy in an unforgiving world. 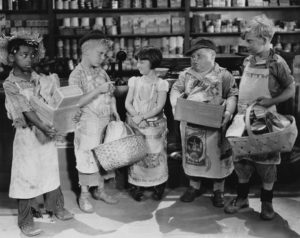 Mann made two films for Roach and they each have overtones of a Victorian stage melodrama: the wolves are at the door and it’s up to our heroes—the rascals—to save the day. In Helping Grandma, Mann operates a high-ceilinged five-and-dime where the children while away the hours performing odd jobs—the odder the better. The cavernous shop is like a second home to the gang and it stocks all the necessities; Bromo-Seltzer and shoe laces for the adults, toys and candy for the kids (Wheezer depends on buttons and slugs for his purchases but scores a bag of jujubes anyway). The store has other admirers—a well-heeled syndicate is ready to make a deal with our destitute heroine but Mr. Pennypacker, a miserable bastard with a storybook name, conspires to thwart the buy-out and skedaddle with the profits. One of the money men is played by the Canadian actor Dell Henderson, a regular foil for The Three Stooges, Laurel and Hardy, and most memorably, W.C. Fields—Henderson played the kindly farmer who helps Fields out of a jam in It’s A Gift. He performs similar services for Grandma and, shocker, there’s a happy ending for all, except Pennypacker.

The old lady seemed to attract scoundrels like that—in 1931’s Fly My Kite, she’s swindled out of a cache of valuable bonds by her own son-in-law—he even breaks her glasses to keep her sidelined. The gang shows up in time for some slapstick revenge, chasing the conniving rat through a vacant lot littered with strategically placed broken glass and crooked nails—a shimmy up a splinter-ridden telephone pole is the final humiliation and when he reaches the top, sparks fly. Though the film flirts with bathos, the prevailing mood is joyfully rowdy thanks to the rascals and Mann herself who (with the help of a stunt double) engages in some outrageously funny physical comedy. 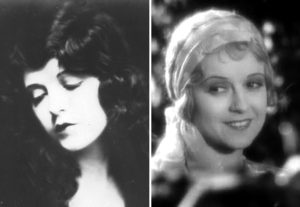 You know a character has achieved pop cultural status when The Simpsons pays tribute. Edna Krabappel, a lovelorn but feisty middle school teacher, is clearly a nod to June Crabtree, platinum-haired sweetheart of the PTA. Crabtree was played by Gisela Valaria Goetten who became June Marlowe when she signed with Warner Bros. in 1924—the same year she graduated from Hollywood High. Successful in the silents but not so much in the talkies, she was lured back to work by McGowan who was shopping for a schoolmarm suitable for the gang. Till that moment Marlowe was a long-haired brunette—possessed of a Victorian beauty, she was practiced at striking ethereal poses in publicity shots that looked more like Pre-Raphaelite paintings. With an eye on current trends no matter how timeless his product, Roach suggested the actress change from long and dark to bobbed and blonde. Miss Marlowe exited the hairdresser’s as Miss Crabtree, fully flapperized and ready to rule a jazz age classroom. Oh, you kid. 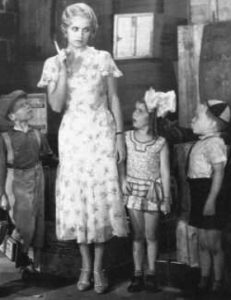 Marlowe’s first Our Gang appearance was a proper origin story, 1930’s Teacher’s Pet. Jackie and the gang suffer from a major case of separation anxiety when their beloved Miss McGillicuddy relinquishes her blackboard duties for a date with a wedding planner. Taking her place is an unknown quantity they’d rather not know, a mysterious newcomer named Miss Crabtree. The rascals signal their displeasure by hiding a few booby traps around the classroom; red ants, sneezing powder, and white mice. Crabtree retaliates by ordering treats for the good little scouts while Jackie, a broken man, retreats to the schoolyard. Like a proper angel, Miss Crabtree materializes by his side with a bowl of ice cream, leaving the tear-stained tyke—and the audience—forever smitten. 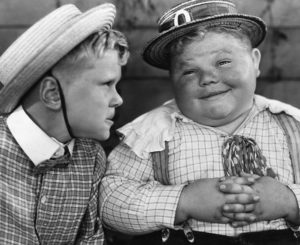 Miss Crabtree was a hit, appearing in six Rascals comedies made in 1931 and 1932. Volume Two includes five of them. In School’s Out, Crabtree’s brother is mistaken for a potential suitor with disastrous results while in Little Daddy, Crabtree has but a quick walk-on (though she does save little Stymie from the orphanage). Love Business looms large in the Crabtree Legend—a tall tale of pre-pubescent romeos and the object of their affections, the episode remains one of the most hilarious and touching films in the Rascals’ canon. Romantic rivals Jackie and Chubby have Miss Crabtree in their sights, each convinced she’s the woman for them. Their courting techniques are wildly different but Chubby’s charm offensive proves unexpectedly effective (“Call me ‘Chubbsy-Ubbsy.'”) Jackie is dumbfounded—you can almost hear him thinking, “I can’t believe I’m losing to this guy.” Fortunately all hearts remain intact though it’s a close call for Miss Crabtree with such persistent suitors knocking at her door—appropriately it’s little charmer Wheezer who wins that cherished peck on the cheek. 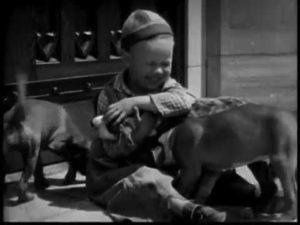 While paying special attention to Grandma and Miss Crabtree, this volume doesn’t forget  that other crowd pleaser, Pete the Pup, the quintessential service dog. He’s featured in three doggy tales; Pups is Pups, Big Ears, and Dogs is Dogs. Pups is Pups unleashes a tidal wave of cuteness as Wheezer chases a pack of scrambling puppies around the city and through some freshly laid cement (more than once). The short is significant for the debut of Leroy Shield’s music whose carefree jazz tunes  embody the series as surely as the kids themselves. Dogs is Dogs shows Walker’s storybook influence firing on all cylinders; a wicked stepmother spends her free time terrorizing Wheezer, the chronically confused Dorothy DeBorba, and poor Pete until a kindly relative rescues them from her clutches.

Pete, Grandma and especially Miss Crabtree, all look superb on ClassicFlix’s new Blu ray, it duplicates the superlative work the company performed on The Little Rascals – The ClassicFlix Restorations, Volume 1. And yes, there will be a Volume 3, coming in October of 2021. And yes, it features the debut of Spanky. We thank them gigantically.