Welcome to the weird, irresistible world of Republic Serials, an art form with rules of content and conduct that resemble no other movies, nor any reality we know. “The Phantom Ruler” has plans for world conquest, so get ready for a punch-out every five minutes and a terrific Lydecker miniature special effect in almost every episode. Richard Webb and Aline Towne star, but we love the bad guys more:  they try so hard and fail so consistently. 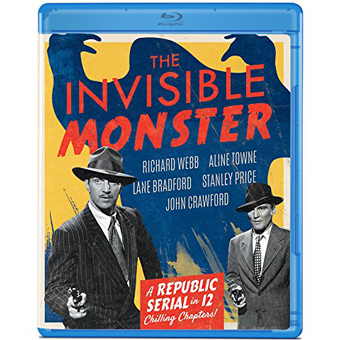 Olive Films has been plumbing the depth and breadth of the Republic library for quite a while now.  We thought they’d get around to the studio’s action and fantasy serials a little sooner, but that just means that we have more to look forward to. 1950’s The Invisible Monster is a crime serial with a single science fiction element. It’s a good serial to lead off with because it will help newbies understand the rules of this bizarre filmic form. Serials have been around since Nickleodeon proprietors used continuing features to keep the customers coming back to their storefront theaters. By the time Republic entered the game, the serial had acquired as many ‘rules’ as a Japanese Noh play. Produced in a rush by journeyman talent that nevertheless kept up the studio’s impressive technical standards, The Invisible Monster is an amusing entry into the form.

Broken down into twelve chapters, the story doesn’t advance so as much as it cycles a number of stylized rituals. An evil genius calls himself ‘The Phantom Ruler’ (Stanley Price). He uses thugs Burton and Harris (Lane Bradford & John Crawford) to intimidate five illegal immigrants, all schooled professionals he has placed in important jobs. The foreign gentlemen must obey, or The Phantom Ruler will have them deported, to face torture at the hands of the ‘ruthless dictators’ in their countries of origin [this sounds like a founding principle of multinational corporate business]. The Phantom plans to use his invisibility secret to enslave the entire world, but ambition on that scale requires money. His immigrant lackeys will point the way to banks that can be robbed, business secrets that can be held for ransom, etc. 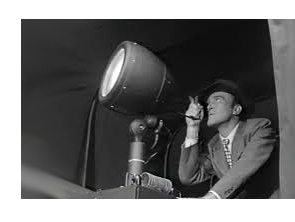 The Invisible Monster is a marvel of thoughtless narrative invention. The film’s sci-fi premise is patently absurd. The Phantom Ruler is only invisible when he’s wearing a special robe and illuminated by a special spotlight. The spotlight beaming up the side of a building as the Phantom climbs a fire escape looks more suspicious than if a burglar just calmly climbed the stairs in plain sight.

The story seems designed so that studio facilities can be used as sets. ‘Warehouses’ look suspiciously like soundstage exteriors, and a 5th-story indoor parking structure has soundproofed walls, just like a soundstage interior. The economizing works on the assumption that viewers watching episode 9, won’t recall that the same location from episode 3 is now supposed to be a different place. One large room interior with a door on the right and a bay window in the back is recycled several times over, as various hideouts, mansions, secret labs, etc. In each location, a fight breaks out.

The fights are the most ritualized aspect of the serial form. A regulation minimum of one fistfight occurs per episode, with at least three participants and at least ninety seconds in duration. In some fights the frame rate drops, speeding up the action. Plenty of breakaway furniture is wrecked, but nobody’s skull is caved in. At least twenty haymaker punches are given and received between the good guys and the bad guys. It’s almost as if the actors and 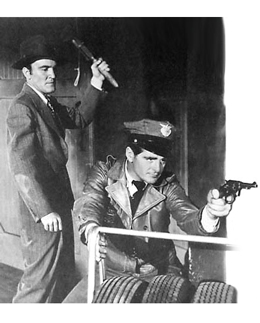 stunt men are dancers, leaping into choreographed moves. The fights are certainly active — lots of thrashing around the room, with combatants waiting for their enemy to recover before continuing their onslaught. Yet only rarely does somebody lose their hat. Hats stay on, for continuity purposes.

The bad guys do not understand the concept of follow-through. Repeatedly ordered to kill Lane Carson, they let him go time and again, or are too lazy to confirm that he’s been killed. The Phantom Ruler makes almost zero progress on his plan for world domination, but he doesn’t think to put out an ad for more efficient ruthless henchmen. The henchmen have the best parts, as a sort of comedy team without jokes, as if written by Jean-Paul Sartre. They fail miserably, and are sincere when they tell the boss how sorry they are. But they learn nothing from their mistakes. Their last names are Burton and Harris, but their first names ought to be Sissy and Phus.

If world conquest were a hundred-step process, this Phantom Ruler never gets beyond step #3. I think his schemes succeed only once or twice, and even then I doubt that he clears any profit. To test some acid on a vault door, he tells an underling to go get a real vault door for a trial run. That doesn’t sound very cost-efficient. It’s also expensive to bribe guards, buy explosives, mock up telephone company trucks, etc.. That doesn’t cover the leases on all those secret hideouts. The Phantom Ruler has terrible managerial skills: “I don’t see why you’re squawking. You’re being well paid!”

The heroes are instantly given the exact right information to locate the bad guys, neutralize their crimes, etc.. Instead of calling in backup, Lane repeatedly corners his foes single-handed. That’s a great way to cue extended fistfights. Some of Lane’s orders are just plain foolish. He radios back to headquarters, “Have all the police radio cars report in when they see a telephone company truck!” The bad guys almost invariably drive around in unmarked studio trucks. This way the filming unit could use whatever Republic motor pool vehicle was available that particular day. 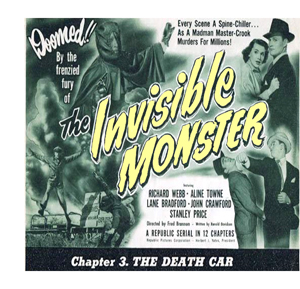 Did Republic have something called ‘the 11th inning stretch?’ The penultimate chapter contains recaps of what’s gone before, in flashback form.

Serials are noted for cliffhangers, and The Invisible Monster has some pretty spectacular ones. Got orders to murder a G-man? A bullet might be cheap and attract a minimum of attention, but our thugs opt to spend big money doing things like blowing up bridges. Some of the special effects are technically very impressive. Republic uses very clean rear projection for driving scenes, so good that we accepted their artifice all the way up to the late 1960s. Howard and Theodore Lydecker of the Republic effects unit were given the facilities and time to come up with terrific illusions, often utilizing enormous miniatures filmed with great care. Both cars and an entire hillside are built in a ‘giant’ miniature forty or fifty feet across. The car crashes and explosions must have rocked the kiddies back in their seats, way back when. Cycling through at slow speed, we see one shot where both cars on a collision course explode a frame or two before they crash together, but we hardly notice. One smasheroo at a railroad crossing rips a sedan in half and sends part of it spinning toward the camera surrounded by flames. It had to be partly a lucky accident, but these guys should take full credit. 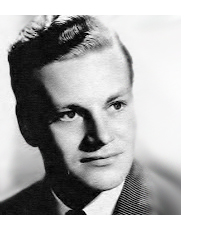 Most of the cliffhangers are shameless cheats. When we come back ‘next week’ to see how Lane could possibly have survived an explosion or a 90-foot plunge off a building, we find out that he jumped to safety at the last minute — even though the first run-through made such an escape impossible. This of course adds to the charm of the piece. We can’t tell if any of these miniature scenes were re-used from earlier serials. With all the generic trucks and costumes in use, the same goes for a live action stunts, like a very impressive leap from a rock onto a passing truck.

Richard Webb would play Captain Midnight on TV, but he was also in Sullivan’s Travels and Out of the Past. Aline Towne had some decent roles but was soon working in television too. All-purpose bad guy and stuntman Lane Bradford is in everything, always doing as good a job as he does here. The other thug, John Crawford, racked up impressive credits in a very busy career including a major part in Arthur Penn’s Night Moves. Keep in mind that the movie develops no 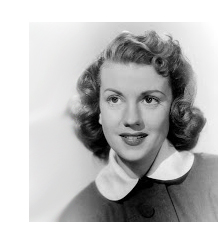 relationships whatsoever. By the last chapter Lane Carson has spent so much time with the bad guys that they ought to be exchanging greetings when they meet. Not only do they have no chemistry, there’s zero romance in the air. The leading lady makes exactly one weak quip at the very end, saying she’ll keep her job rather than use the invisibility device for a nightclub act. I guess we’re meant to think of a striptease act. But these can barely be called characterizations.

Parting thoughts… signage noticed reveals where some of the filming took place. A street sign reads ‘Moorpark.’  An address on a building is given as ‘10234 Topanga.’  A store is called ‘Chatsworth Market.’ The chances are that all of these semi-country lanes are now solid suburbs, overrun with neo- Valley Girls. And finally, the time bomb mechanism used in Chapter 11 appears to be the exact same prop seen in macro close-up three years later, at the exciting conclusion of Invaders from Mars.

Olive Films’ Blu-ray of The Invisible Monster looks immaculate. The detail and clarity are truly remarkable, and the images look untouched. The soundtrack is also beefy, from Stanley Wilson’s strident main theme (get used to hearing it 12 times) to all of those loud punch noises as the plucky pugilists batter each others’ brains out. There are no other extras. Here’s a chapter listing: 1) Slaves of the Phantom 2) The Acid Clue 3) The Death Car 4) Highway Holocaust 5) Bridge to Eternity 6) Ordeal by Fire 7) Murder Train 8) Window of Peril 9) Trail to Destruction 10) High Voltage Danger 11) Death’s Highway 12) The Phantom Meets Justice. Now why can’t modern Marvel comic superhero movies think up swell titles like these?