I don’t know if The Huntsman: Winter’s War, the big, loud (except when its twin villainesses get all whispery with evil portent) prequel/sequel to Snow White and the Huntsman that nobody was clamoring for, will end up being the year’s worst movie. But in my book this by-the-numbers CGI-encrusted wreck certainly stands a good chance of being the year’s most interminably, heart-hardeningly, brain-softeningly boring movie, and maybe its most cynical one too. 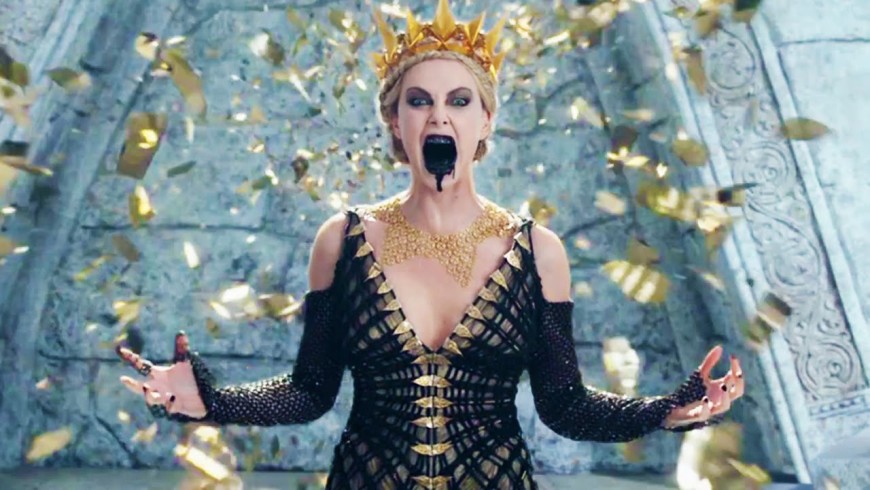 (I know I hope I don’t actually have to see a worse movie in 2016– Odie Henderson makes an excellent case that Nina might be the one, but I will force myself to take his word for it and avoid that picture like a plague of brown pancake makeup.)

The problem here isn’t just that we’ve seen this sort of paper-thin good-vs.-evil, love triumphing over hate template thousands of times by now. (I can’t even call it a story, nor will I attempt to capsulize it.) Nor is it simply that such a bland by-the-numbers project, a sequel to a movie millions worldwide paid to see but nobody really liked, has had $115 million pumped into it by a major studio desperate to chase what they think the public wants.

No, the most depressing thing about The Huntsman: Winter’s War is how emblematic it is of the ways in which these big-budget “spectaculars” have smothered even the possibility of individuality, of uniqueness, of the hope for some genuine surprise or storytelling juice. What room is there for individuality when the numbers seem to suggest to suits the world over that people just want to see a Lord of the Rings-Game of Thrones hodgepodge directed as inhumanly as possible, so resembling past triumphs and flops that what audiences are really responding to (if they respond at all) isn’t anything actually on screen but instead the vague echoes of pleasure which remind them of something they already saw once or twice before, something now being obscured in the dark pits of memory by this latest new, bright, flashy contraption. (Here’s an idea: Isn’t it about time for that Willow remake?!) 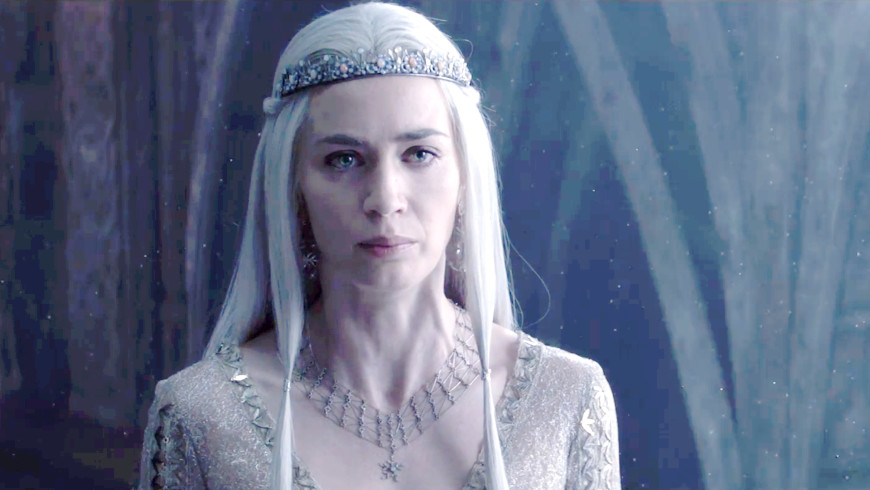 The game has calcified to such a degree that it’s actually a bad thing if one of these cash-grubbers feels like a movie made with a distinctly human perspective. Despite its visual dynamism, Speed Racer was created by people who infused their artificial world with actual poetry, and its reward was a humiliating critical and box-office death. Something depressing sinks in you while watching a monstrosity like The Huntsman: Winter’s War— for all their technological inventiveness, the standard 21st-century studio blockbusters so resemble one another in form and feel and sound and sensibility that it absolutely does not matter any longer whose names are in the credits, from director on down.

The man who admits responsibility for shepherding The Huntsman: Winter’s War is one Cedric Nicolas-Troyan. Ever heard of him? No? Who cares? He was the visual effects supervisor on Snow White and the Huntsman, and his only other credit as a director is a short called Carrot vs. Ninja. And if The Huntsman: Winter’s War sadly proves anything, it’s that experienced visual effects supervisors are precisely who the studios want in the director’s chair, because whether or not a director has experience, the overwhelming pile-up of on-screen evidence suggests that interest in or ability with actors, or any sort of overriding directorial vision, was never a stringent requirement. Remarkably, Emily Blunt registers some real emotion as the betrayed, then enraged Queen Freya—how this happened is a mystery now surely being investigated by underpaid studio flunkies. But everyone else in the cast might as well be as computer-generated as the standard-issue post-Peter Jackson goblins which try so hard to frighten our heroes with their loud sounds and big teeth, the same ones Charlize Theron apparently tries to imitate in her attempt to be the scariest queen of them all. 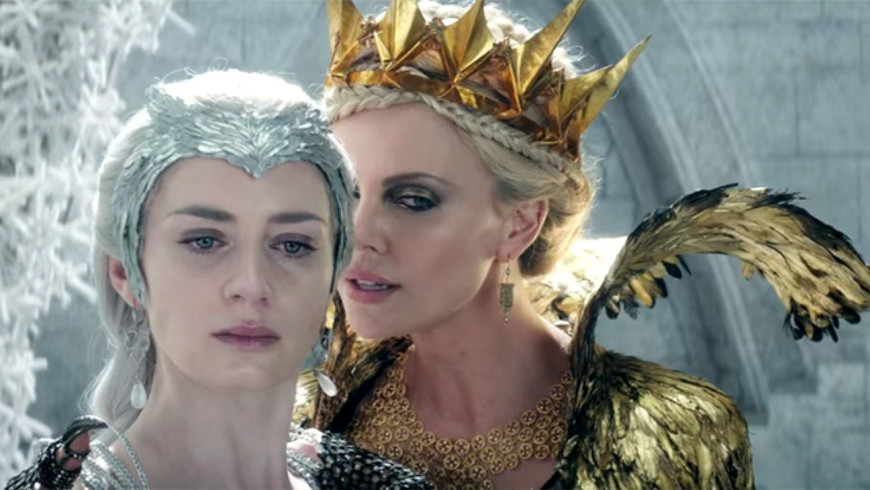 Stephanie Zacharek, reviewing the movie this week in Time, is right—the gowns Theron and Blunt wear, designed by Colleen Atwood, are the only reasons to set eyes on this movie. But they are hardly reasons enough, especially if, as you would in Los Angeles or New York City, you’re paying upwards of $15-20 a ticket. Yes, the craftsmen still do their thing, and do it well, but the reality is that movies like The Huntsman: Winter’s War, ostensible paeans to the magical power of love and camaraderie over the forces of supernatural tyranny, prove that tyranny can be corporeal and corporate too, and that the machines are as close as they’ve ever been to fully taking over.