The advertising promised a surfeit of sleaze — but the film is a superior thriller about a real-life, low-rent serial killers from back in the late 1940s. Tony Lo Bianco and the great Shirley Stoler are Ray and Martha, mixed-up lovers running a Merry Widow racket through the personals ads in romance magazines. Leonard Kastle’s film is dramatically and psychologically sound, while the disc extras detail the true crime story, which is far, far, sleazier. 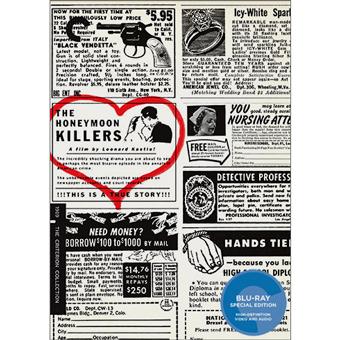 The ad campaign for this crime shocker practically dared the viewer to take it in — with two of the least photogenic lovers ever to grace a poster. It’s a powerhouse 1969 horror film about ordinary lowlifes pulling off ordinary but very chilling murders. This independent one-hit wonder from Opera author Leonard Kastle is the exception to the rule: sold as a lurid exploitation movie, it can boast a superlative script and excellent acting. Its gritty black & white cinematography only improves with age.

Criterion gave its first release of The Honeymoon Killers a very creative presentation. The extras detailed the true crime on which it was based, and a diverting package design invoked the kind of low-rent magazine ad that brought murderers Ray and Martha together in the first place. 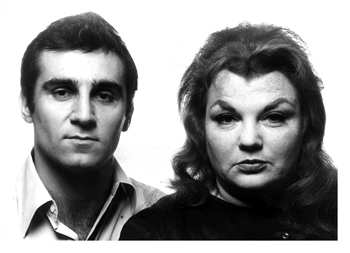 It’s a gray, dark world out there. Loveless and bitter, unpleasant head nurse Martha Beck (Shirley Stoler) falls head-over-heels in love with Ray Fernandez (Tony Lo Bianco), a professional swindler of little old ladies. When Ray’s criminal lifestyle fails to cool Martha’s passions, it’s love at first sight. But Ray finds that it’s difficult to pull off his con games for the life savings of widows and spinsters, while dragging Martha around pretending to be his sister. Emotionally unstable and violently jealous, Martha throws Ray’s style off-balance. He promises Martha that he’s not actually sleeping with any of his honeymoon partners, but Martha’s insecurity gets the best of both of them. They end up killing one hopelessly deluded old ‘bride,’ Janet Fay (Mary Jane Higby). And that’s only the first of their murders.

The newspaper ads for 1970’s The Honeymoon Killers looked incredibly sleazy. They featured a big grainy photo of Ray embracing the very-overweight Martha in her underwear. But it was different enough to impress as a real movie, and not another A.I.P. exploitation item. The show knocked us out at film school – Leonard Kastle put into it everything we politically-charged UCLA students appreciated. It was serious and defiantly un-commercial. It looked much like the kind of John Cassavetes – American Independent film that was just beginning to be appreciated.

What impressed us most was the naturalness of the script and the acting. Kastle’s actors were people we didn’t see in movies, and they all looked real. Tony Lo Bianco (The French Connection, The Seven-Ups) is no cartoon of a Latin lover, but a clever sociopath capable of maintaining whatever chameleon personality is required by his confidence game. One must go back twenty years earlier to find an unattractive overweight actress in a leading role in an American film. Shirley Stoler seems all the more real because her presence goes against Hollywood’s pandering to our desire to see only ‘sanctioned’ attractive people on screen. Martha Beck and Ray Fernandez are thoroughly loathsome characters, but they certainly don’t see themselves that way. Martha’s is a fascinating study of a romantically frustrated woman. She’s perfectly capable of committing terrible crimes against innocent people, so long as she gets what she wants. 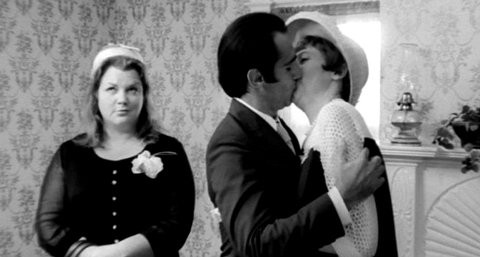 The victims of crazed killers in horror-thrillers are almost exclusively young, attractive women. Ray and Martha’s chosen targets are very real American females. Hitchcock showed none of Joseph Cotten’s ‘merry widows’ in
Shadow of a Doubt, but Thornton Wilder’s verbal descriptions of repulsive little old ladies chilled our blood. No Way to Treat a Lady gave us a gallery of
‘theatrically enhanced’ victims with cute mannerisms. The Boston Strangler showed vulnerable women living alone and hiding behind locked doors. Leonard Kastle described his film as a response to the glamorized criminality of Bonnie and Clyde, but The Honeymoon Killers really belongs to this other Merry Widow/Bluebeard bloodline.

The scariest part of The Honeymoon Killers are the victims themselves; it’s a good reminder that the elderly and weak need protection from scammers and cheats. The older ladies range from fairly intelligent (the schoolteacher) to foolish (the pregnant Southern Belle) to the almost idiotically trusting Janet Fay. We recognize these women and their pitiful vulnerability. Blinded by Ray’s charm and their own romantic dreams, they allow themselves and their life savings to disappear into his custody. We’re invited to chuckle at the cosmic level of gullibility, even as we know each is fated for, at the very least, a terrible disillusion. Janet Fay is the most absurd, a 65-ish biddy that makes terrible artcraft hats, and whose idea of an elopement dinner is a whirl around the neighborhood cafeteria. She’s as blind as a bat to anything beyond her own little, “Isn’t that cu-ute!” world.

Ray clearly makes a big mistake getting involved with Martha, and bringing her along on his crazy mail-order romance scams seems just insane. He’s a professional Bluebeard, yet falls for the cheap trick by which Martha attaches herself to him. Kastle’s script neatly depicts their ‘legitimate’ romance as a mutual con game. Ray is a misogynistic psycho repelled by women, but he perversely responds to Martha’s aggressive sexual hunger. Of course, she’s also a very strong woman with access to drugs, qualities very practical in their chosen line of work. Ray and Martha are one of the strangest couples in the amour fou universe, a repulsive pair truly made for each other. 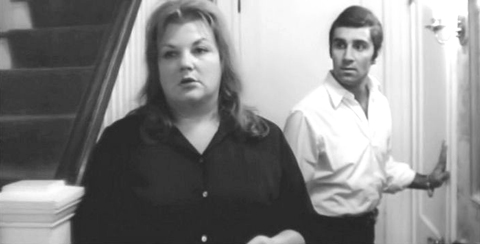 Martha’s effectiveness as Ray’s partner in crime vanishes the moment that she sees Ray being affectionate with one of their victims. She pouts, complains and throws herself against the whole point of their charade, effectively screwing up one scam after another. One con ends in failure, and two in murder. When the time comes to kill Ray proves incapable of the deed. Martha shows herself as ready for anything. When she has finally had enough, it’s due to depression over Ray, not guilt over murder. Audiences hold their breath in the scene where Martha discovers that Ray has been sleeping regularly with their latest victim: we know that when this scorned woman goes on the warpath, it isn’t going to be pretty.

By 1969 the movies had witnessed all kinds of psychos and mass killers, including grim semi-docus like Richard Brooks’ In Cold Blood. Back in the beginnings of the sub-genre, mad killers could be given an aesthetic motivation, or even an ideological reason for killing. Edgar Ulmer’s Bluebeard presented John Carradine as a misunderstood artist/maniac. Charlie Chaplin’s Monsieur Verdoux is a political pragmatist, merely making a living in a ruthless world. Martha’s killings of a woman and her child are simply unpleasant chores done by an emotionally drained robot: “I’ll take care of everything”.

The Criterion Collection’s Blu-ray of The Honeymoon Killers is a nice step up from their 2003 DVD, improving the picture with a new transfer, but retaining the pulp crime milieu of the older presentation. The new transfer renews the clarity and definition of the purposely pallid B&W images. The added resolution shows more of Shirley Stoler’s excellent job of acting in wide shots. It’s a remarkable performance that added greatly to her reputation. The audio is also clearer — we no longer miss any dialogue lines.

Some of the extras have been updated. A lengthy 2003 interview with Leonard Kastle shows him to be a serious artist who became a writer and director almost by chance. He takes credit for most everything in the show except the acting, but that assessment is probably accurate. He gives his own idea as to why fledgling director Martin Scorsese was let go after just a few day’s work: how dare the young director photograph a beer can as ‘atmosphere.’ A new interview piece by Robert Fischer, Love Letters, gives us the thoughts of editor Stan Warnow actor Tony Lo Bianco and actress Marilyn Chris, who plays one of the ditzy victims. 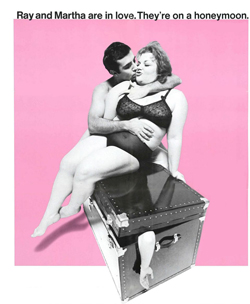 Scott Christiansen’s old essay docu Condemned: Inside the Sing Sing Death House has been updated as “Dear Martha….” It’s still a chilling account of the historical Lonely Hearts Killers, illustrated with dozens of photos, documents, and letters between the lovers in the death house. It’s a fascinating glimpse at the absolutely sleazy treatment given the couple by opportunists in the system. You’d think the pair would be kept mostly separate while awaiting execution, but publicity-hungry prosecutors and lawmen keep dragging them out of their prison cells for career-enhancing photo opportunities. It’s really scummy behavior.