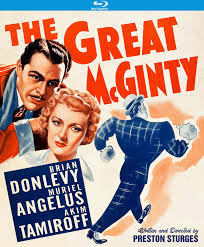 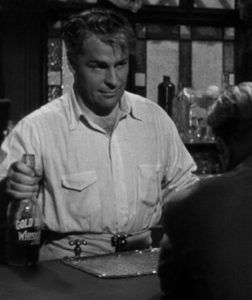 If the story of a unscrupulous crook who rises to great political power hits a little too close to home these days, consider that in 1940’s The Great McGinty the mobster in question is a fundamentally decent gent who sacrifices his career to do the right thing. When the jig is up he high-tails it to the border, penniless but with a clean conscience. Current events require that Preston Sturges’ bittersweet political satire be filed under Fairy Tales.

The movie opens in a rowdy little dive in South America where the once and future lowlife Dan McGinty has made his new home, lording over the bar while dispensing equal amounts booze and wisdom. One poor fellow wanders in who could use a little of both. He’s ready to end it all just because of a single mistake but as film’s preamble explains  – “This is the story of two men who met in a banana republic. One of them never did anything dishonest in his life except for one crazy minute. The other never did anything honest in his life except for one crazy minute.” 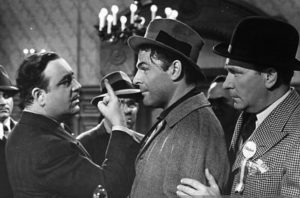 The “other” is McGinty, an irascible bum played by Brian Donlevy who catapults into high society by indulging in a little election fraud for a rapscallion known as “The Boss” played by the alarmingly funny Armenian actor, Akim Tamiroff. The Boss, more street fighter than businessman, is impressed by McGinty’s hard scrabble style and allows him to work his way up through the organization – the “organization” being the state’s political machine which The Boss rules with an iron hand. McGinty’s skill at convincing people to shovel money toward his conniving employer – either through bullying or sweet talk – convinces The Boss he has what it takes to make it in politics. 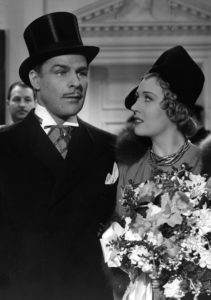 To make McGinty “great” The Boss enacts a brass-knuckled version of Pygmalion starring himself as  a cigar-chewing Henry Higgins and McGinty as a lantern-jawed Eliza Doolittle. It’s not just a matter of manners though – in order to fully seduce the electorate McGinty must present himself as a family man and his secretary Catherine fits the bill (she’s played by the appealing English actress Muriel Angelus who left Hollywood far too early).

Catherine already has two children from a previous marriage so McGinty takes advantage of the pre-packaged family unit to hasten his entry into civilized society. With the transformation complete McGinty’s political stardom is assured – alderman, mayor and now, with the camera-ready beauty by his side, governor. At first The Boss’ grand scheme is a roaring success but it’s derailed by forces beyond his control – McGinty falls in love with his own wife – a woman with a mind and morals of her own.

Sturges sold his McGinty script to Paramount for five dollars and one proviso – that the then 42 year-old screenwriter would be calling the shots (this came at a time when other writers with an itch to direct like John Huston and Joe Mankiewicz staked their own claims). McGinty doesn’t offer the censor-baiting storylines or controlled chaos of Sturges’ later films like The Palm Beach Story or, heaven knows, The Miracle of Morgan’s Creek (which moved James Agee to suggest that the Hays Office had been “raped in its sleep”) but many of his signature touches are already in place and percolating – the whiplash pivots between smart talk and slapstick, the broadly cartoonish eccentrics who casually reveal their very real humanity and, first and foremost, Sturges’ abiding love for his characters one and all, lover or thief. 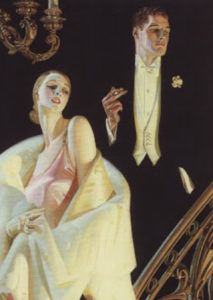 McGinty, the racketeer with a tarnished heart of gold, was a prime example of that particular kind of rogue – a part tailor-made for Donlevy. Even before the young actor found work in Hollywood he was already known to the public, not by name but face – he was one of illustrator J. C. Leyendecker’s most frequent models, embodying the Gatsbyesque swells who favored Arrow Collars and waistcoats in The Saturday Evening Post.

Such finery wasn’t necessary in Donlevy’s first successes at Paramount, a rough and ready string of adventures that included Beau Geste and Destry Rides Again. With a series of memorable noirs like The Glass Key in his back pocket Donlevy spent the 50’s refining his trench coated image via the character of Bernard Quatermass in Val Guest’s The Quatermass Xperiment and Quatermass II. He wandered the wastelands in the 60’s, headlining some seriously peculiar films like The Curse of the Fly and everybody’s favorite atomic-powered turtle, Gammera the Invincible before calling it a day with 1969’s Pit Stop, directed by Jack Hill and produced by Roger Corman. 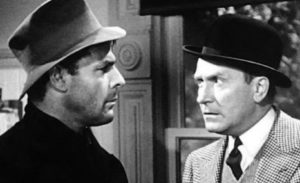 Sturges’ great run of comedies was fueled by his screenplays but his not-so secret weapon was  his regular supporting cast, a loyal band of funny people who ratcheted up the the anything-can-happen atmosphere with their unbridled commitment to Sturges’ vision. Some of the memorable screwballs in McGinty’s orbit are Allyn Joslyn, Thurston Hall and especially William Demarest who would play such an important part in Sturges’ later work – along with Keaton and Cary Grant, Demarest helped refine the art of the pratfall.

Sturges got off on the good foot with his directorial debut – he won his only Oscar for the script and he was savvy in his choice of crew including Hugh Bennett whose editing keeps pace with the rapid fire dialog and cinematographer William C. Mellor, best known for his colorful outdoor epics like Giant and The Greatest Story Ever Told. Mellor’s work on McGinty has the stark urgency of a late-breaking tabloid and the transfer for Kino Lorber’s new “special edition” Blu ray brings out the best in this now 79 year old classic. The disc contains a audio commentary by Film Historian Samm Deighan and the original theatrical trailer.