Milos Forman was the prince of the Prague Spring with this Czech New Wave classic, a hilarious black comedy about the cheerful corruption and incompetence of petty bureaucrats. A fire brigade throws a bash, and by the end of the evening the lottery prizes are all stolen and the beauty contest has become a travesty. And they can’t even put out a simple fire. The joke is clearly aimed at the Communist government. 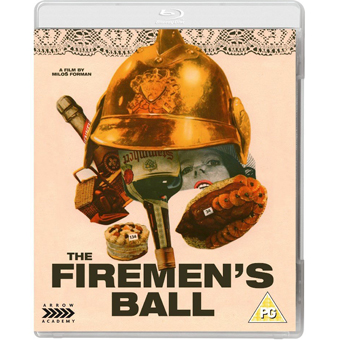 We know Milos Forman from his American pictures Hair and Ragtime, but he made big cinematic and political news back in the late ’60s with his witty, irreverent, and very human Czech films. The Fireman’s Ball entered the history books when it became associated with the crackdown in Prague in the summer of 1968 and was ‘banned forever’ by the Soviet hardliners. It was an art film hit here in the states, and possibly encouraged for its implied criticism of the Communist regime. That criticism is playful, almost affectionate.

At the time, U.S. school kids were often shown movies with ideological lessons, like ‘s sinister The Hangman, an allegory about political passivity. In the 8th grade we were shown a short Czech film called The Hand (Ruka), by animator Jiri Trnka, right after reading 1984 and Animal Farm. and the effect was chilling.

Yes, this is a movie tailor-made for Western critics, who could praise its artfulness and at the same time trumpet its anti-Communist theme. It’s one of many Czech New Wave films, representing an entire liberal wing of Czechoslovensky Film that was proud to be a thorn in the side of the Commies. All were promptly put out of business when the Russian tanks rolled into Prague. 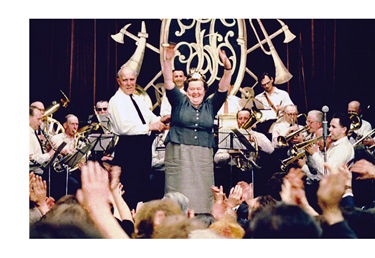 The mild comedy maintains a warm affection for its large ensemble cast, even when their behavior reveals them as anything but good citizens and neighbors. In their small-town meeting hall, a maladroit committee of volunteer firefighters holds a ball to celebrate the retirement of one of their own. Thanks to poor planning and lack of leadership, the evening quickly devolves into a catastrophe. Nobody can prevent the lottery prizes from being stolen out from under the very noses of those guarding them. A beauty contest turns into an embarrassing farce, and the brigade can’t even respond properly to a real fire next door.

At what point do we realize that the events of a movie represent something more than themselves? The witty The Fireman’s Ball quickly makes it obvious that the stuffy, quarreling, infantile leadership of the volunteer fire brigade represents the ruling Politburo of Communist Czechoslovakia. Everything about the ball is out of control, owing to a total lack of ethics. The very officers charged with protecting the table-ful of lottery prizes are soon revealed to be among the light-fingered pilferers. The common wisdom is that any man who doesn’t steal, isn’t looking out for his family. Overly concerned with formalities and the dignity of their guild, the firemen are individually argumentative and collectively incompetent. Their handling of a simple beauty contest is so badly muffed that the embarrassed girls have to be dragged to the podium. they finally run shrieking to the ladies’ room to hide. 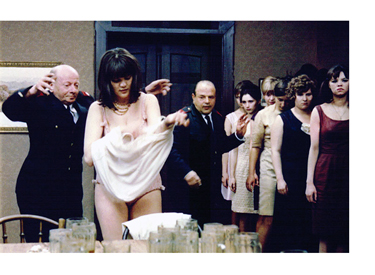 Incapable of attending to any task with subtlety or restraint, these firemen can’t even extinguish a fire when one breaks out right under their noses. The hapless man who loses his house is rewarded with a hatful of generously donated lottery tickets, that everyone knows are worthless because the prizes have all been stolen. The obvious conclusion is that honesty, pride and integrity have vanished. These stuffed shirts preen and pose but their society is a fraud. The rules are to be circumvented or ignore. Everybody assumes that everybody else is corrupt. It’s every man for himself.

All this would be depressing told another way, but Milos Forman & Ivan Passer (who seems to have had a big hand in Forman’s Czech films) stage the events so beautifully that the film becomes a celebration of small-town people. Caught stealing a big cheese display, the wife of a fireman (Milada Jezková, so great in Forman’s Loves of a Blonde) acts like he’s the crook for being so stupidly honest. In a movie that barely has a story, we’re captivated by Forman’s creation of a totally believable ‘happening’ on screen. You cringe as the partygoers humiliate themselves. When the fire breaks out, the waiters block the brigade from leaving, insisting that they first pay their bills! 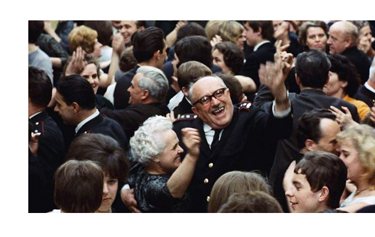 We’re told that almost everyone on screen is a non-actor. Milos Forman makes his direction seem invisible — we seem to be watching real fun and nonsense as it happens for real, with the camera catching touchingly honest moments of human behavior. The happenings are natural, the tone is precise, and all the pushy personalities, sloppy drunks and polite old geezers just have to be real. The idea communicated is that people are people, and no rigid societal rules can contain their inherent aptitude for silly chaos. The non-actors are great, especially the contest girls. Not one is a beauty, but we like them better than the firemen because they’re so natural and unaffected. The firemen behave like total dolts, ordering the girls to military attention, but ogling them like goons. They have so little natural authority, they can’t even coax a nosy mother out of the contest room. Yet none of them are bad people — just foolish and dumb.

At the conclusion, the almost-forgotten beneficiary of the party makes a short speech that puts a lump in one’s throat. He has remained dignified and composed through the whole farce, and his reaction to an ultimate insult is very touching. In this pack of clowns, an old man dying of cancer is the only one who truly understands what honor is, and can speak eloquently of it. He almost redeems the idiocy around him. 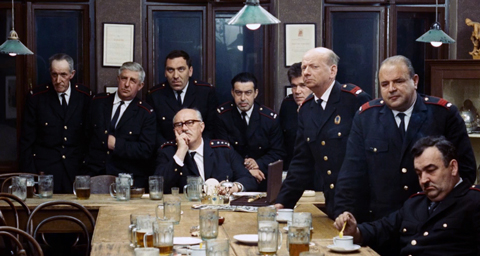 Arrow Academy’s Region-Free Blu-ray + PAL DVD of The Fireman’s Ball is a great restoration in full color; we’re hearing of more fine restoration work from the former Eastern Bloc. Cameraman Miroslav Ondrícek (If…., Amadeus) creates fine, warm images – without the grain and green cast of earlier transfers. The audio is robust, with the oompa-oopma march theme for the firemen setting the tone for merriment. 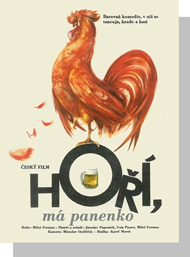 The disc is a UK import, and Amazon UK lists it as Region B only. But Arrow lists it as Region-Free. I concur, as my check disc is clearly marked Region A,B, and C, and it played in my domestic American player. I didn’t receive a check disc of the DVD, but assume it is PAL format.

Arrow’s extras are certainly thorough. Czech expert David Sorfa lectures us on Forman for a full half hour. Forman, Ondricek and writer Ivan Passer are seen in very nice individual interviews from 2011, hapy and proud to be discussing their work at this late date. The most interesting casual extra is Michael Brooke’s lengthy featurette that simply identifies and discusses dozens of Czech actors seen in the New Wave films of the ‘sixties. Many started as total non-actors, and began second careers.

Arrow’s eleven-page booklet carries a well-informed new essay by Peter Hames and a clutch of contemporary British reviews. They find the movie cruel and heartless, as if Forman and Co. is purposely exploiting its actors, making them the butt of personal jokes. Perhaps the most observant among them is the critic who says that these pompous hicks with their petty sins and vices can be found anywhere, not just in the Soviet bloc.