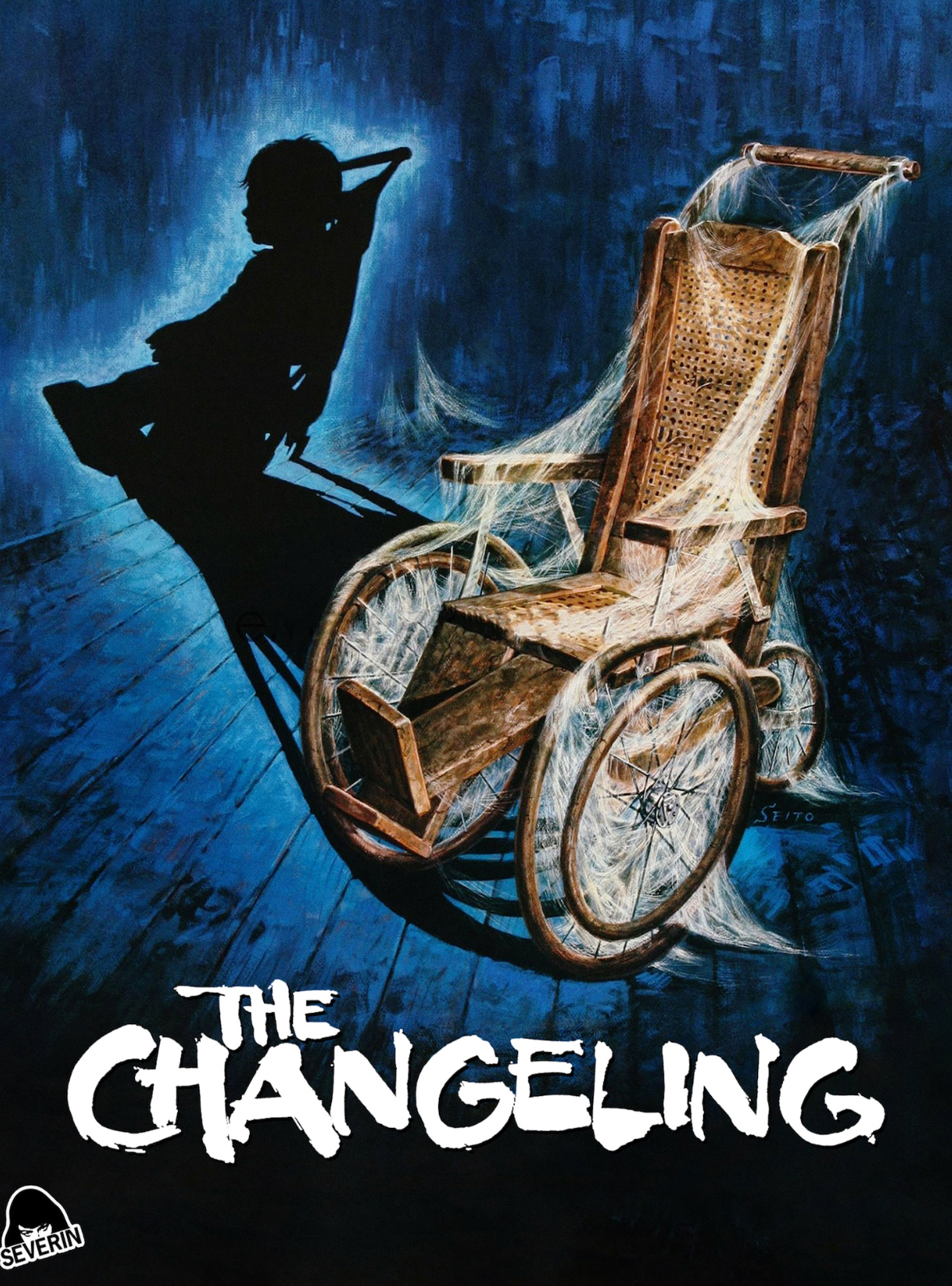 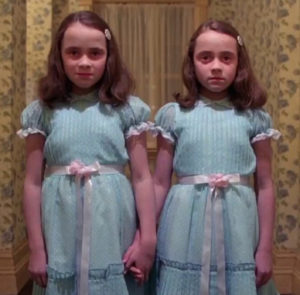 The success of 70’s shockers like The Devils, The Exorcist and Alien – grindhouse films in big budget drag – opened the door to increasingly explicit studio fare – moviemakers were happy to accommodate and upped the ante in the bargain.

But it was The Shining, with its rotting ghosts, blood-soaked hallways and promise of  never-ending horror that personified Reagan era fright films.

Into this heavy atmosphere ambled Peter Medak’s The Changeling, an unassuming murder mystery disguised as a ghost story. Compared to its over the top contemporaries, Medak’s film seemed not only quaint but somewhat reassuring in its squareness.

The Changeling finds much of its inspiration in 1944’s The Uninvited but without that film’s teasing mix of humor and spine-tingling shadow play. George C. Scott plays John Russell, an acclaimed composer recovering from the loss of his wife and daughter – looking for a new lease on life he accepts a position in a Seattle university but its the lease on his new house that rallies his spirit, in more ways than one. 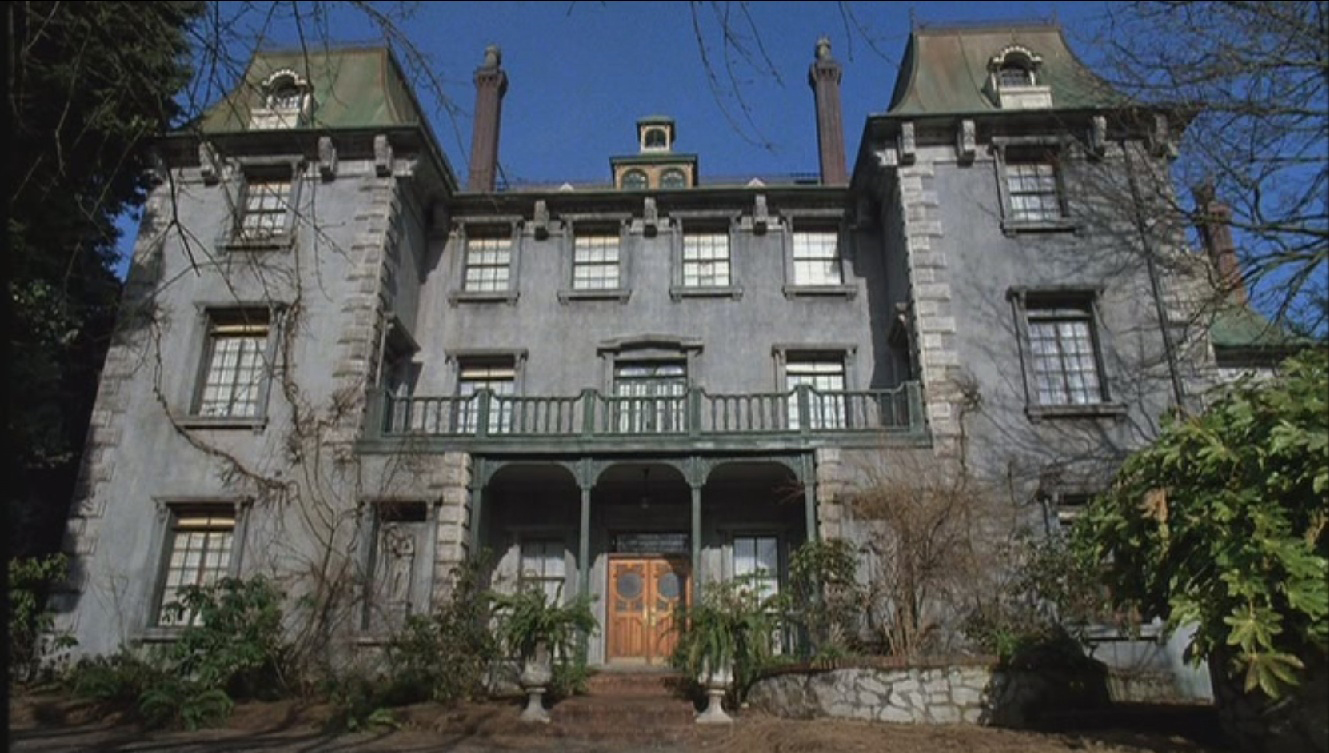 That house is equal to any of the triple decker mansions found in Roger Corman’s Poe films… musty, high-ceilinged and with a lifetime of Hollywood’s finest cobwebs draping the dinnerware. Cinematographer John Coquillion makes the most of it – his wide-angle lensing gives even Scott’s music room the expansive air of a football field. 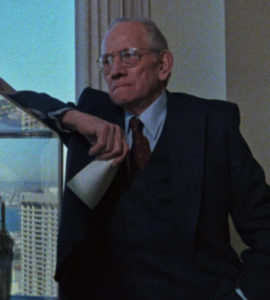 Scott determines pretty quickly that it’s not the ancient plumbing that is responsible for the unearthly wails emanating from the attic or the brightly colored ball that rolls in and out of the shadows – it’s a bonafide ghost, the spirit of a little boy murdered at the turn of the century and the unearthly clue to a Chinatown-like scandal implicating a Washington power broker (played by Melvyn Douglas.)

The screenplay, a too-many-cooks affair from Russell Hunter, William Gray and Diana Maddux, flirts with some intriguing premises, most notably the notion that the child’s spirit can communicate with Scott’s composer through music. But there are too many doors waiting to be slammed, too many chains ready for rattling to allow for such a measured approach.

Since 1968’s Negatives (featuring Glenda Jackson as a swinger turned on by serial killers) and 1972’s The Ruling Class with Peter O’Toole as a happy-go-lucky schizophrenic, the Hungarian born Medak has found his niche successfully navigating tricky, idiosyncratic material.

But Medak was late to the party on The Changeling, coming in just two weeks before filming after Donald Cammel and Tony Richardson bowed out – his lack of preparation is evident in the wheezy haunted house staging that exposes the holes in an already thin story.

Lurching toward the grand finale Medak calls a Hail Mary – throwing everything and the kitchen sink at our hero – but the wind machine blowing Scott to and fro only induces sympathy for the actor, not the character (though AIP fans surely approved the Cormanesque conflagration that brings down the house along with the contemptible villain.) 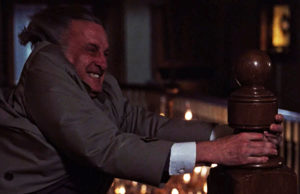 When Mel Brooks extolled Sid Caesar – “He could punch a Buick in the grille and kill it” – he might have been talking about George C. Scott. Broad shouldered and simmering with aggression , Scott was a natural powerhouse – his career-spanning takedowns of macho bluster – from Buck Turgidson to Patton to Mussolini are Scott in excelsis – no one exposed the dark heart of male bravado with such forceful glee. He was by no means a one-note actor – his role in They Might be Giants displayed rare vulnerability – but as the tormented composer of The Changeling he is merely morose – dwarfed by the cavernous rooms of the possessed estate, he appears lost, defeated, a powerhouse no more.

Coquillon’s work poses a unique challenge to home video companies. The masterful cameraman behind Straw Dogs and Witchfinder General specialized in muted color schemes and lots and lots of grain, producing a pointillistic image reminiscent of Seurat. Those expecting an Avatar-like sheen from Severin’s fine new Blu-ray will be sorely disappointed.

The company has produced a number of worthy extras for the package with documentaries and a extra disc (a CD, remember those?) containing the original soundtrack by artists Howard Blake, Kenneth Wannberg and Rick Wilkins.

Per Severin’s site the special features are:

Here’s Ti West on The Changeling: