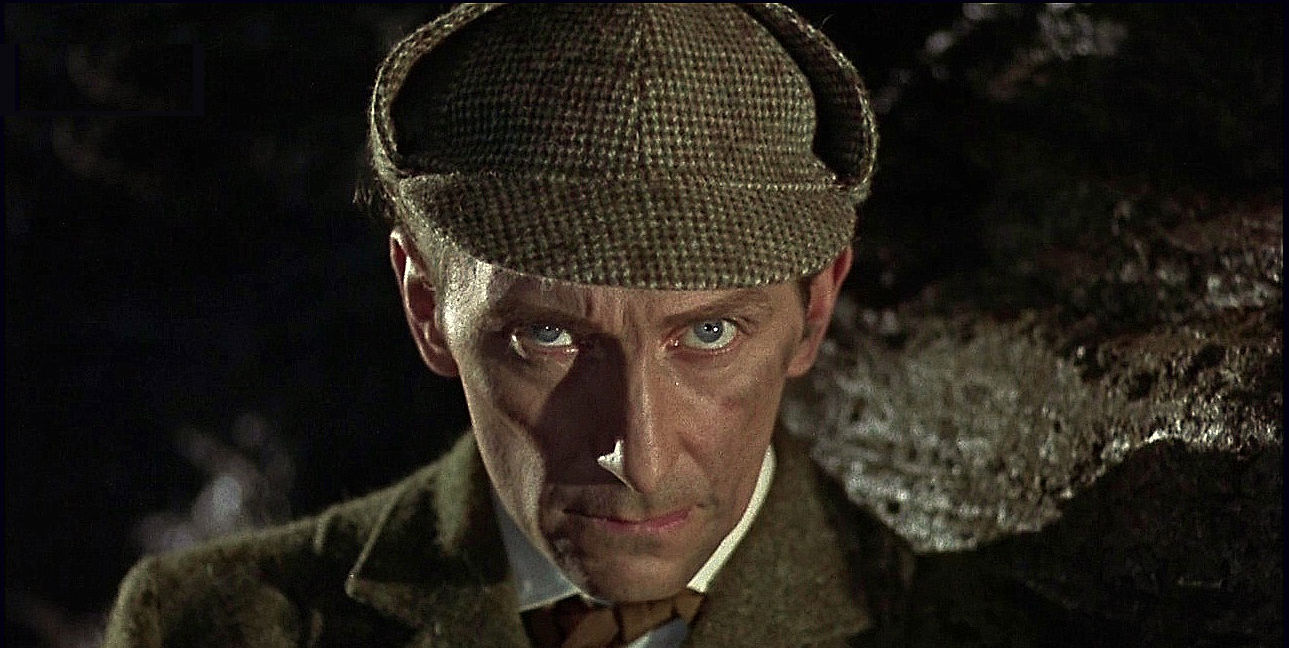 The current BBC production of Sherlock starring Benedict Cumberbatch is a lifetime away from director Terence Fisher’s take on the great detective, The Hound of the Baskervilles. But no matter how transformative is the new Sherlock, Fisher’s blood and thunder interpretation felt no less transgressive in 1958.

By remaking the classic Universal monster films with Curse of Frankenstein, Horror of Dracula and The Mummy, Fisher gave the moribund horror films of the fifties a much-needed hot foot; though set in the mossbacked drawing rooms and antiquated laboratories of the 1800s his films felt thrillingly contemporary, certainly more so than the stale black and white cheapies released by similarly low-budget studios in America.

While the colors of the new BBC series are fashionably desaturated (Cumberbatch looks particularly bloodless) Fisher’s productions were distinguished by their ripe color (and riper actresses). As if to further distance himself from Universal’s admittedly slow moving melodramas, he encouraged his actors to express themselves in startlingly physical fashion. As the vampire hunter Van Helsing, Peter Cushing’s table-hopping take down of Christopher Lee’s count in Horror of Dracula owes more to Errol Flynn than to Edward Van Sloan’s somnambulant Van Helsing in Tod Browning’s 1931 classic. Where Cushing leaps to the rescue, Van Sloan moseys.

Fisher brought that same high spirited theatricality to The Hound of the Baskervilles, beginning the film with a bravura prologue that establishes the cruel history of the Baskervilles while serving as a nifty standalone horror film played out with moustache-twirling zeal by David Oxley as the conspicuously evil Hugo Baskerville.

Fisher runs Conan Doyle’s tale through the now familiar Hammer template with luscious photography by Roy Asher, startling moments of violence and a steady dose of James Bernards’ grandly histrionic music. Cushing’s Holmes is all vinegar, his brittle, high-strung arrogance is balanced by Watson’s (Andre Morrell) stalwart modesty though Christopher Lee, temporarily free of the fangs and cape, lingers by the wayside with not much to chew on.

Hammer’s classic was a bracing renewal of the Sherlock Holmes mythology, as is the current BBC production. The creators of Sherlock, Mark Gatiss and Steven Moffat, plop Sherlock down in the midst of a digital age where the brilliant detective with a brain like a computer is suddenly surrounded by a criminal populace loaded down with their own personal computers. It turns out Sherlock’s greatest adversary may not be Moriarty but the iPhone.