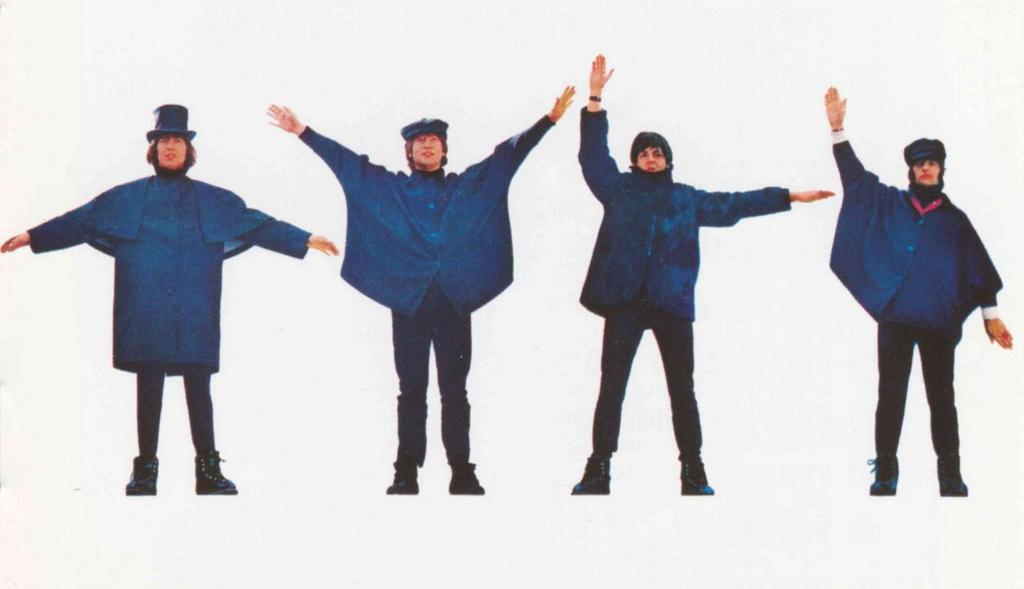 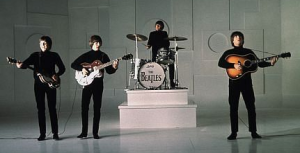 Help!, the 1965 musical comedy directed by Richard Lester, stars Leo McKern as the venal Clang, a deranged cult leader and Victor Spinetti as the underhanded Professor Foot, a mad scientist who’s both Clang’s soulmate and adversary. Each of these crooks subscribe to different credos but they’re after the same thing, power, and they can get it by obtaining an elusive mystic ring with magical capabilities. That ring currently resides on the finger of Ringo Starr, the drummer for The Beatles who are also the co-stars of Help!.

Their names were above the title, and their presence was the solitary reason the movie was made but when the production wrapped and the pot smoke cleared, it was John Lennon who became Help!‘s first and most astute critic when he complained that The Beatles were the supporting players in their own film.

In A Hard Day’s Night, screenwriter Alun Owen wisely gave the boys scenes to play away from the other three; it helped establish their characters and opened up some juicy satirical avenues. In Help!, an otherwise endearing British farce peppered with poker-faced non-sequiters and filtered through a lustrous Godardian color scheme, the band is never apart; The Beatles as a group are great musicians but indifferent comedians and so it falls to McKern, Spinetti and a sturdy crew of British funnymen to give Help! its comic spark. 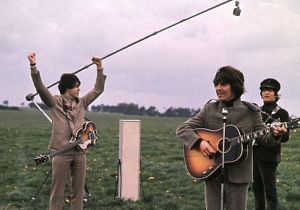 Globehopping at a furious pace, the better to keep The Beatles (and their audience) from any on-set boredom, Help! is indeed a lightweight comic-travelogue. But when the band pauses to celebrate the latest stop on their trek with a song, the movie achieves a three and a half minute state of bliss. David Watkin’s incandescent photography and Lester’s effortlessly blithe direction transform these musical respites in the blue water of the Bahamas and frozen slopes of Austria into rhapsodic slapstick idylls and suddenly The Beatles, who have faded into the wallpaper through much of the film, come alive.

Lester’s darkly calculating world-view grew more pronounced in his later films like Petulia and even A Funny Thing Happened On The Way to the Forum (where a skull being crushed elicits one of the bigger laughs). But that poison-pen style is tempered in his films with The Beatles by virtue of their optimism and their euphoric music which only crushes any sense of melancholy. Nonetheless, Lester’s acerbic social satire, though muted, is there for the taking in Help!.

Both religion and class warfare come in for gentle ribbing in scenes in which McKern (The Day the Earth Caught Fire), whose charmingly bloodthirsty high-priest is expert in human sacrifice, grouses to a sedate English church elder that “sex is ruining our youth.” 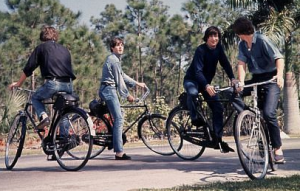 Patrick Cargill (The Avengers) jumps in as the super-fastidious Scotland Yard inspector and is party to some of the most inspired sight gags in the film while Lester stalwarts Spinetti, affably clueless Roy Kinnear and the serenely elegant Eleanor Bron underplay their lunacy with sublime results.

Equally sublime (putting it mildly) is the soundtrack and while McCartney’s contributions glow, it’s Lennon who casts the longer shadow. His delicately paranoid vision of lost love, “You’ve Got to Hide Your Love Away” and the wistful “Ticket to Ride” are only superseded by the urgent beauty of the title tune.

Help! is on Blu-ray here and a deluxe edition with lobby card reproductions and a coffee-table book packed with memorabilia here.