Neurotic coward Eddie Cantor decides to defend an amusement park against gangsters, and nothing but fun ensues! Ethel Merman has a small role here, but we’re more than entertained by Parkyakarkus, Brian Donlevy, William Frawley, Jack LaRue. Plus Sally Eilers, the Goldwyn Girls and a terrific forgotten talent, billed in this movie as Rita Rio. 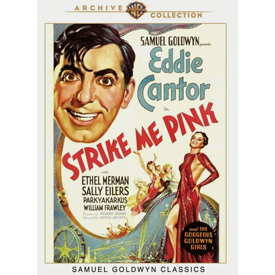 About this time late in 2008, I remember feeling concerned about the election one evening. Friend Allan Peach pulled out the old Eddie Cantor picture Strike Me Pink, which picked up my spirits almost immediately. The same movie worked its magic this election cycle too. Vaudeville star Eddie Cantor is probably a tough sell to Millennials, but if one appreciates older musical comedies, Cantor’s six movies for Samuel Goldwyn retain their glow of pure entertainment. Strike Me Pink is his last Goldwyn picture, yet it’s produced on a lavish scale, especially the musical numbers. Although it’s got Ethel Merman the leading lady is the spirited Sally Eilers. The supporting cast is studded with welcome surprises — talented actors, comedians and dancers, not all of whom got their due from show biz. 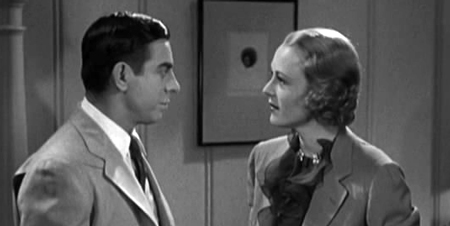 Strike Me Pink is sourced in a novel, but with this lightweight of a story one wonders why. Milquetoast shopkeeper Eddie Pink (Eddie Cantor) runs a dozen businesses out of his shoeshine shop, and is so timid that his boarder Butch Carson (Gordon Jones) must protect him from the bullies at the nearby college. A record from a correspondence course teaches Eddie several ridiculous mottoes and rituals to dominate other men. He constantly consults the included book (“Man or Mouse’) to fortify his courage. Eddie will need it, for he takes the job of manager of Carson’s Dreamland, a fabulous amusement park run by widow Carson (Helen Lowell) and her street-wise secretary Claribel Higg (Sally Eilers). Racketeer Vance (Brian Donlevy) has killed several previous managers in his quest to have crooked slot machines installed in the park, and wastes no time sic’cing his henchmen Copple and Thrust (William Frawley & Jack La Rue) on Pink. But happy coincidences and accidents convince the thugs that Eddie is protected by a mysterious power. After other attempts fail, Vance takes over personally and enlists the aid of the corrupt nightclub singer Joyce Lennox (Ethel Merman) to cloud Eddie’s mind with romance. In retaliation, Claribel hires a bodyguard named Parkyakarkus (Parkyakarkus) to protect the new manager — but the crazy man drives Eddie to distraction. 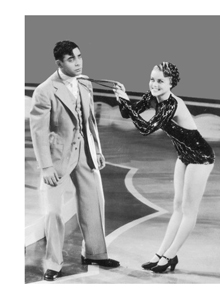 The basic story is a happy excuse for Cantor’s jokes, most of which center around his cowardly persona. The commanding mail-order record is funny, and so is the way Sally Eilers’ Claribel provides most of Eddie’s nerve, even slipping a gun into his pocket when the crooks surround him. Another terrific comedy scene sees the comical hit man Ed Brophy intimidated by Pink’s hypnosis-like ‘dominance’ schtick, learned from the book. The gag is that Brophy’s killer consults the book too, only hasn’t gotten as far through it as Eddie. Nothing’s funnier than seeing Brophy mock-ballet dance his way out of the park, prancing to the tune of ‘The Dance of the Hours.’

As was the custom in Eddie Cantor movies, the show ends with an elaborate production showstopper, in this case a ten-minute chase & jeopardy scene as Brian Donlevy’s mob chases Eddie through the various amusement park rides, trying to recover a record on which has been recorded Vance’s confession to murder. The cartoon-like sequence involves a lot of special effects, especially a finish in a hot-air balloon.

Cantor’s Vaudeville roots show when he plays patsy for a routine with one of Dreamland’s barkers, a guy selling potato peelers (Clyde Hager). The barker’s hand gestures are exactly the same as what’s seen in the Burlesque musical satire The Night They Raided Minsky’s. Actor Jack La Rue normally comes off as the slimiest creep from ’30s Hollywood, in shows like The Story of Temple Drake and the later No Orchids for Miss Blandish. It’s fun to see him react in a great gag with a blank pistol: each time he fires, Eddie mock-spits out the bullets. That’s what convinces the bad guys of Eddie’s invincibility. 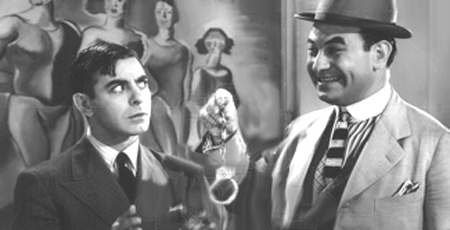 Comedian ‘Parkyakarkus’ gets prominent billing. I wrongly assumed that he was one of the weirdly named members of Spike Jones’ band, but he’s really a comic’s comic born as Harry Einstein. His oddball verbal antics are nicely matched with Eddie Cantor’s neurotic character.

Eddie: “You mean a government man?” Parkyakarkus: “No, a Greek.”

Trust me, the delivery makes all the difference. The bodyguard at first seems superfluous but ends up being a big help in the movie’s crazy action climax. Parkyakarkus married actress Thelma Leeds, and together they raised several remarkable sons: advertising man Cliff Einstein and comedians Bob Einstein (aka Super Dave Osborne) and… Albert Brooks. 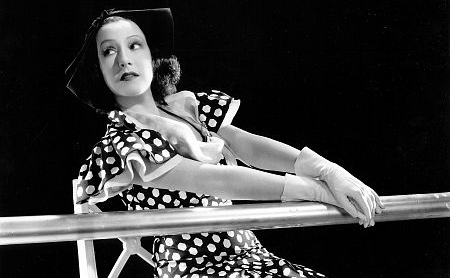 Ethel Merman is actually a guest star playing a cynical femme fatale who helps Vance convince Eddie that a murder has been committed. When not rolling her eyes at Eddie’s endless gullibility, Ethel’s Joyce Lennox sings three songs. One very cute number sees her and Eddie fantasy-transforming to creaky old age for the folksy duet “Calabash Pipe.” Playing out in ultra-lavish nightclub sets, the other musical sidebars are what really distinguish the film. Robert Alton designed the numbers and Gregg Toland filmed them; the costumes for the Goldwyn Girls are truly dazzling. The angles and choreography make one number resemble Busby Berkeley’s “Lullabye of Broadway” from the previous year. When Merman’s voice gives way to the dance orchestrations of tunes by Harold Arlen and Lew Brown, the dancing reaches impressive heights of style and glamour. A featured dancer is Sunnie O’Day, who went on to work in James Whale’s Show Boat. 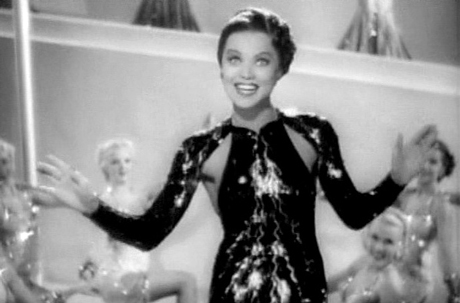 But the unsung star of the lavish dance numbers is ‘Rita Rio,” a genuine hot number with a killer smile and moves that sometimes have a sinuous, snake-like quality… until she tap dances up a storm. Rita is introduced by Eddie as a hoochie-koo dancer in the sideshow. The moment she’s on screen one’s reaction will be, ‘who is that and why isn’t she famous?’ The striking woman has a pretty amazing personal story, as a Florida-born African-American who passed for white by renaming and billing herself as Mexican. In 1941, as an image change at Paramount, she changed her name to Dona Drake, the name that stuck. Even the historians stumble on the details of other names she used, but her birth name appears to have been Eunice Westmoreland.

Strike Me Pink is solid, corny comedy fun, a variety entertainment with action, gaudy special effects and impressively classy musical numbers featuring The Goldwyn Girls. It’s not a pre-Code film but some of those costumes are pretty alluring. Norman Taurog’s direction is polished as well. If you have any curiosity about Eddie Cantor, this is a good place to start. 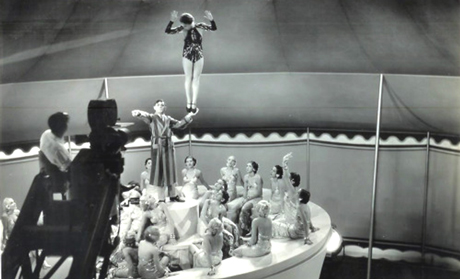 The Warner Archive Collection DVD-R of Strike Me Pink is a good encoding of this little-known audience pleaser. There are no problems with it, and the audio is quite clear, but the image is a bit dull. One’s eyes soon adjust. It may not have been remastered like some earlier Cantor hits, like Roman Scandals and Kid Millions.