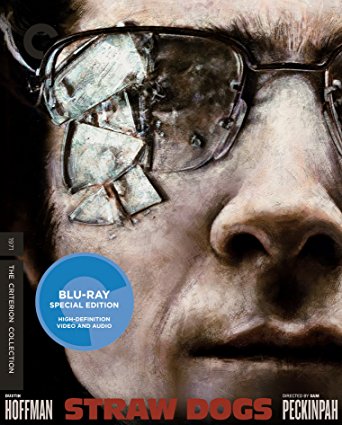 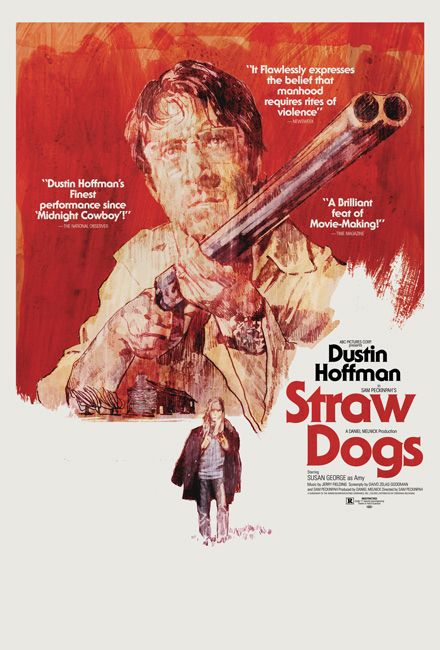 Adrift from civilization, an attractive young couple find themselves threatened, assaulted, and eventually compelled to defend themselves in a bloody showdown. That is the basic premise of Sam Peckinpah’s Straw Dogs, released in 1971 and inspired by some of the same movies then crowding the legendary dives of 42nd street. On its surface Straw Dogs is pure exploitation but its lasting power resides in Peckinpah’s transformation of those visceral grindhouse cliches into an appalling examination of human nature.

Straw Dogs begins with the seemingly benign introduction of David Sumner, a young man with an even younger wife, arriving in a tiny hamlet in the north of England, lazily inspecting the shop fronts and glad-handing the residents. Sumner, with his awkwardly ingratiating manner, is clearly new to the village which also happens to be his wife Amy’s childhood home. It doesn’t escape his attention that the local boys can’t keep their eyes off her and that she in turn revels in their gaze. We can already smell trouble. 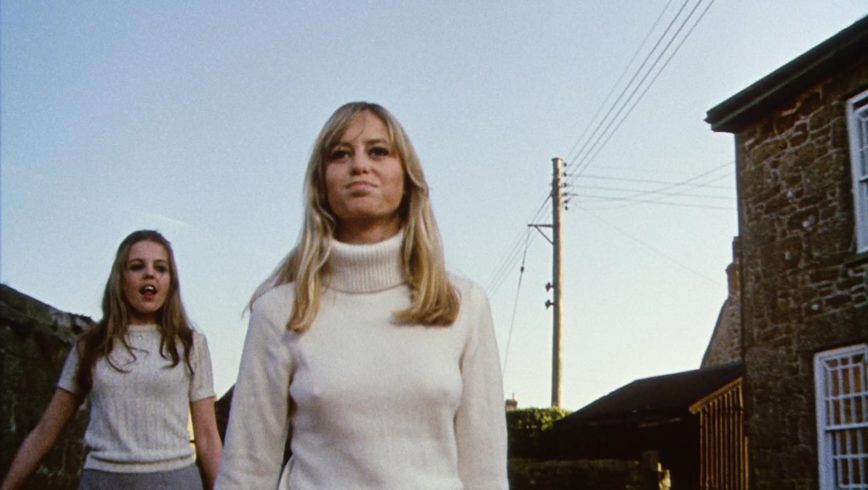 A 34 year old American of a scholarly bent, Sumner has gone AWOL from the turmoil of his homeland with its wars and roiling protests to work in this supposedly peaceful Cornwall village. Alluringly blond, Amy is fifteen years younger than David, easily bored and still clinging to the rebellious side of her teenage years. And so David finds himself in another kind of war zone, one that pits him against his calculating bride, the primordial villagers and, inevitably, the man in the mirror.

Upon its release, Peckinpah’s film, with its shockingly ambivalent attitudes toward rape and murder, shook moviegoers across a country reeling from a decades-long war and coming to grips with an already embattled feminist movement. Peckinpah held up a cracked looking glass that mirrored the anger and confusion of those moviegoers. Today, in a country teetering on the edge of a nervous breakdown and craving for safe spaces, the barbaric landscape of Straw Dogs must be seen as a wonderland of trigger warnings. 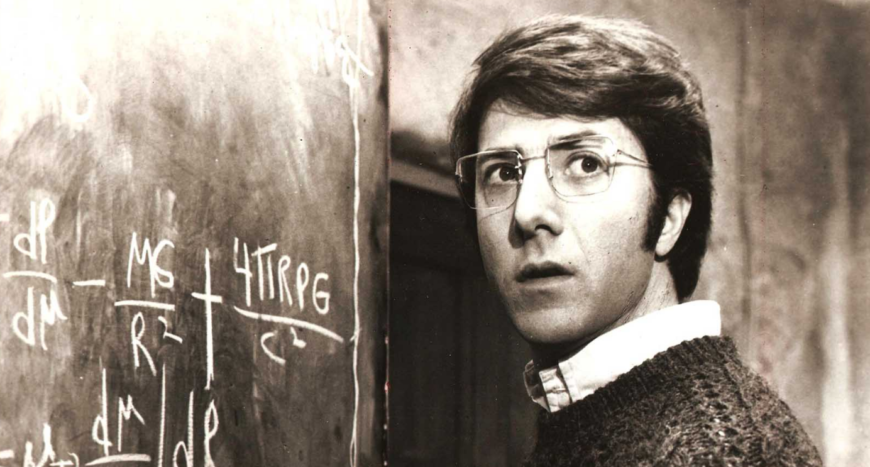 Peckinpah surveys that landscape using The Lord of the Flies as a field guide; even the most amiable bartender or reassuring constable seem to have ominous motives, they’re like nightmare versions of the cheerful inhabitants of a genteel Ealing Comedy. The film was photographed by the Dutch cinematographer John Coquillon who brought a similar scorched earth beauty to 1968’s Witchfinder General and, to further its horror film credentials, the movie was shot in the same haunted region as Hammer’s 60’s thrillers, Plague of the Zombies and The Reptile, where supernatural shock and awe took precedent over Straw Dogs’ existential dread.

The film was heralded as a psychological thriller yet the characters’ motives are right there on the surface, in Hoffman’s herky-jerky body language and George’s triumphant smile as the village idiots leer at her unbridled breasts. And though these people are clearly pawns in Peckinpah’s endgame, they’re also recognizable as fully formed humans with feet of clay, a testament to the superb performances from professional nerd Hoffman and in particular the resilient Susan George who endures the burden of Peckinpah’s insane desire to film “the greatest rape scene ever”. 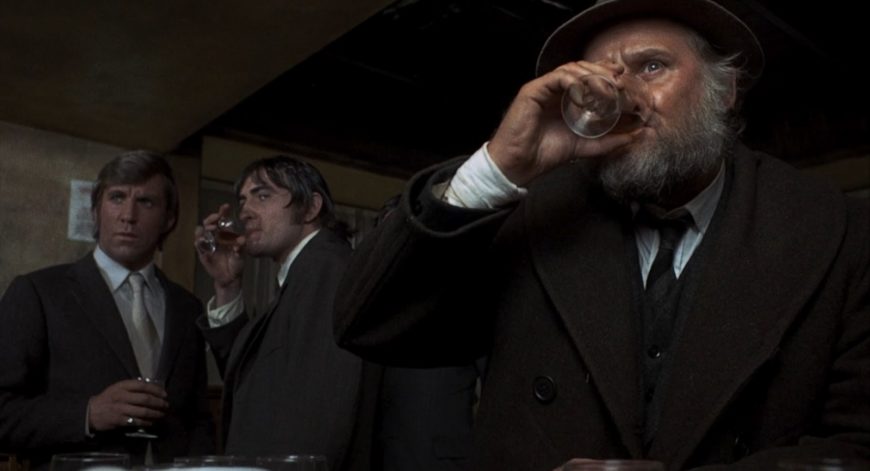 Remarkably, Straw Dogs was sandwiched between two of the director’s sunniest, indeed, almost heart-warming, films, 1970’s The Ballad of Cable Hogue and 1972’s Junior Bonner and the roller coaster mood swings among that trio couldn’t be more head-spinning. What that tells us is that Peckinpah was one of our great instinctive, seat-of-their-pants directors. His volcanic temper, sweetened and soured by liberal doses of booze and coke, all came into play in his Cornwall adventure with Hoffman and George. Disastrously drunk and high throughout the production and on the edge of being fired at the end of every day, Peckinpah still managed to produce both a finely tuned marital drama and a nerve-jangling suspense thriller while retaining the keen reflexes of a seasoned samurai. 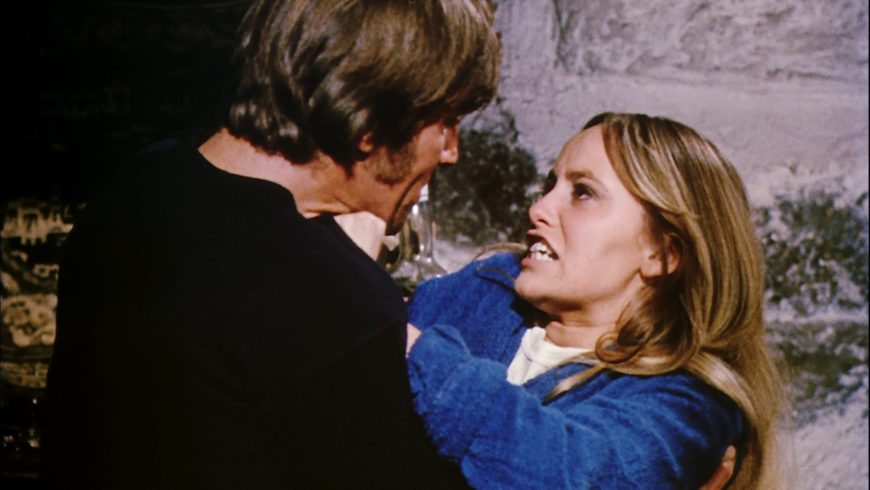 Straw Dogs was far from the only violent or sexually adventurous film of its era, it shared marquee space with box-office hits as alike and dissimilar as A Clockwork Orange, Carnal Knowledge, Deliverance and Dirty Harry. All these films reflected the anxieties of their times and 2017 is certainly not lacking in its own turbulence. Where are today’s Straw Dogs or Deliverance? Where is the film that reflects that ongoing battle with our primitive nature? Perhaps we need look no further than the current summer blockbuster, War for the Planet of the Apes, whose simian heroes would no doubt be alarmed at the monkey-brained antics of the denizens of Cornwall.

Criterion strikes again with another essential blu-ray release presenting Peckinpah’s conflicted masterpiece in a fine new transfer and accompanied by an abundance of illuminating extras starting with the audio commentary by Stephen Prince carried over from their 2003 dvd release. 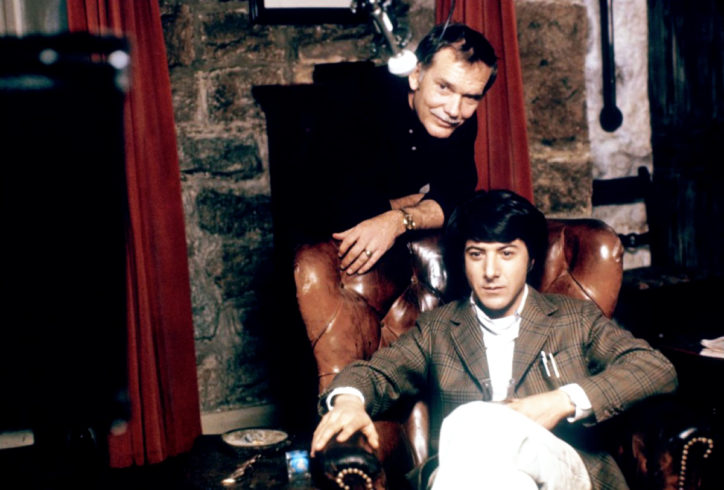 There are two formidable documentaries, Mantrap: “Straw Dogs”—The Final Cut, a 2003 piece on the making of the film and a valuable feature length essay on Peckinpah himself from 1993, Sam Peckinpah: Man of Iron.

Other extras include a half hour conversation between critic Michael Sragow and director Roger Spottiswoode (one of the editors of Straw Dogs) along with a compelling new interview with film scholar Linda Williams who views the film as both a feminist and a fan, her comments are insightful and she’s an excellent critic as well.

Shoring up the package are archival interviews with Peckinpah, Susan George, producer Daniel Melnick and Peckinpah biographer Garner Simmons (who has some stories to tell, oh boy.) Finally there are some behind-the-scenes snippets and a series of TV and theatrical trailers and an essay by critic Joshua Clover.

Department of Further Reading: To reinforce how little has changed since 1971, this timely article on the institutionalized violence against women vis a vis the entertainment industry acts as an eye-opening footnote to Peckinpah’s film.