Yesterday, “the feel-fantastic movie of the summer” (Billboard magazine), jumps off from an undeniably juicy premise—What if you woke up one day and everyone had forgotten about the Beatles except you?—then proceeds to develop almost nothing about that premise, preferring to use the music, its meaning and its influences, as a MacGuffin on the way to selling yet another cliché-cute romantic dramedy about getting out of your own way long enough to recognize the presence of your true love. (The screenplay is by Richard Curtis, who wrote Love, Actually and Four Weddings and a Funeral, and by the time Yesterday was finished I had another prolific artist in mind whose work I’d like to suddenly lose all awareness of.) 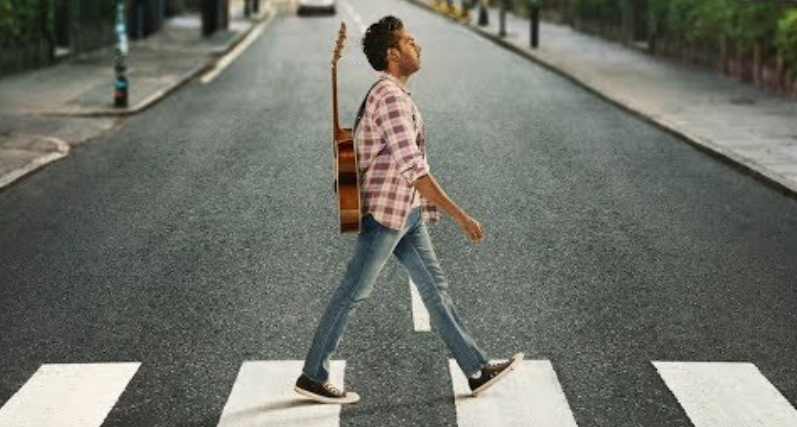 The problem with Yesterday isn’t its actors, though newcomer Hamish Patel, as Jack, the blessed/beleaguered singer/songwriter who decides to pass off the Beatles’ songbook as his own work, isn’t encouraged by director Danny Boyle to do much other than conjure an open-mouthed stare, as if confronting an oncoming bus, as the implications of gaining worldwide stardom on someone else’s genius begin to overwhelm him. As his manager/would-be-soon-to-be girlfriend Ellie, Lily James is charming, but on autopilot—you get the feeling she’d have a grand romantic comedy in her if someone could figure out how best to employ her instinctive comic flair, her ability to listen and be engaged by her fellow actors (who are frequently far less interesting than she), and that lovely, distinctive overbite, which allows her smile to burrow deep into whoever happens to be in its path. And Kate McKinnon flirts with overkill as Jack’s ingratiatingly snide manager—another performance or two like this might reveal that the talented comedian has fewer tools in her case than we once hoped, causing a once-fresh approach to turn stale in the same way that Jane Lynch managed when the sarcasm of Sue Sylvester congealed into overexposed routine. Fortunately, Danny Boyle approaches the film with his customary zeal, though the frothy nothing Curtis serves up as a script causes the typically frenetic director of Trainspotting and 127 Hours to too often break a visible sweat.

No, the real fly in Yesterday’s ointment is that its juicy premise, courtesy of Curtis, hasn’t been even halfway thought through, by the writer or Boyle, and no one seems to even care as the picture barrels through to its inevitably triumphant conclusion. Incredibly, Yesterday reduces the music of the Beatles, which the film keeps reminding us is of 100% masterpiece status, to the background. Curtis and Boyle are either ill-equipped or uninterested in considering the actual implications of a world without the Beatles, a process of thought that would tend to derail the familiar notions of puppy love that are their actual aim. When Jack begins to reintroduce the music to the world in his bland singer-songwritery way, at first he concludes that his audience’s initial indifference has to be chalked up to him—a tough argument to refute, even as Jack’s/Patel’s sincere, if nondescript interpretations fail to muffle the limber beauty of the material. But as Jack begins to gain fame passing off Beatles tunes as stuff he just conjures Mozart-like out of thin air, the movie sidesteps ever considering the importance of the social and cultural context of that music, that society as a whole was prepared to respond to it in a specific way. Absent that context, watching the fans in the movie respond to songs as varied in their style as “She Loves You,” “A Day in the Life,” “Carry That Weight,” “I Saw Her Standing There,” “Let It Be” and “The Long and Winding Road” as if they were instant revelations, bestowals of unvarnished genius laid upon the great unwashed, robs the songs of their power, their meaning. When someone asks Jack what is meant by the phrase “A Hard Day’s Night” and he offers a confused shrug followed by an “I don’t know,” the movie crystalizes its central problem with uncomfortable precision. A parrot can make beautiful noise, but absent an understanding of its purpose it’s just noise. Yesterday rather cynically counts on our own associations with the music of John, Paul, George and Ringo to fill in all the weird lapses of common sense that it blithely skates over in the name of feeling “fantastic.” 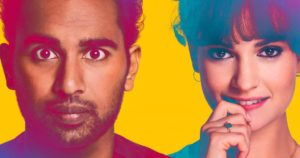 Frustratingly, the movie doesn’t even play by its own rules. The mysterious solar surge phenomenon that causes the mass memory wipeout, a blip meant to conjure ghosts of Y2K panic, eliminates the music in a blast of electromagnetic randomness. But also, if a cameo that occurs late in the movie is to be believed (and, like most of what happens in this movie, it isn’t), that electrical phenomenon ends up amounting to some ill-defined time-shift-warp, meaning that certain things which happened in Beatles history, and human history, did not happen—rendering the continued presence of artists like Coldplay, Ed Sheeran (who plays himself, without much wit), and Pulp, all of whom would probably not exist had the Beatles not also, a bit of a puzzling development. And Curtis can’t resist sacrificing logic to a cheap joke either—late in the game another citizen, like Jack, whose Beatles recall was not eliminated, commiserates with him on the importance of keeping the music in the world. She complains of not being able to remember the words, and is so glad that Jack is able to, but then proceeds to gently berate Jack for flubbing the words to “For the Benefit of Mr. Kite,” the words to which must be clear enough in her mind to justify a zippy one-liner. A nit to be picked, perhaps, but when enough nits build up, it’s an infestation and no fun for anyone, especially the picker.

The one thing the filmmakers inarguably do right by their audience is letting us hear the actual Beatles recording of “Hey, Jude” over the end credits. After two hours of listless interpretations and endless proclamations that the Beatles were the Shakespeares of pop music, experiencing the songs as they actually sounded when they captured the imaginations and the ardor of the world is intoxicating. Sure, if the last thing you hear before being shown the door back into the real world, where Beatles music is still known and revered, is Paul McCartney’s unleashed vocalizing over one of the Beatles’ most epically emotional tunes, then yeah, you’ll probably leave Yesterday feeling “fantastic.” But it’ll be because the Beatles did the work that these filmmakers couldn’t manage—making our spirits soar while bringing an understanding of why we loved, and love, not only these songs, but the performances, and why a world that never knew them couldn’t possibly be affected by them in the same way if they were served up entirely out the context from whence they sprang. Yesterday retrofits history to serve up a condescending compliment to its audience, while the emotional transportation and transcendence it aims to traffic in, and misses almost entirely, is nowhere to be found in the movie. Instead, to quote the Beatles’ contemporary, Pete Townshend, it turns out, no surprise, that it’s all there on the vinyl. Let it be.