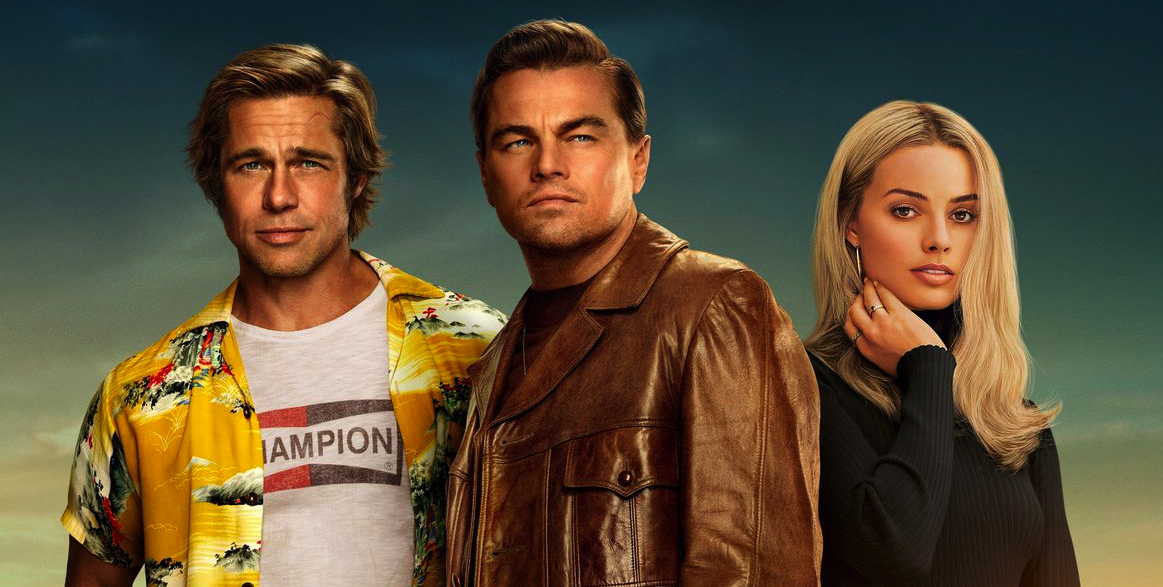 (The following piece isn’t so  much a review as a gathering of thoughts and observations about that new movie everyone is talking about and can’t seem to stop talking about. As such, it assumes that the reader is familiar with the film and already knows what it is to which the writer-director is building and is no respecter of spoilers in talking about what happens in and around the controversial ending. So, if you haven’t seen the movie yet and would like to keep certain surprises intact, best to stop reading now and come back to this one later.)

There’s plenty to enjoy about the leisurely pace that characterizes Quentin Tarantino’s Once Upon a Time in… Hollywood, and in the anticipation leading up to its release it was wonderful to consider getting excited about a big summer movie that wasn’t a special-effects extravaganza directed by a sitcom director or some other techie dude you’ve never heard of. Tarantino’s new movie cruises with luxury through a reimagined Los Angeles during the infamous American summer of 1969, not so much telling the story but observing the story of a TV star (Leonardo Di Caprio) and his stunt double/best friend (Brad Pitt), both riding the down-crest of a changing business which is forcing them to confront their own obsolescence, the multiple ways in which they can’t seem to fit in to a world dissolving and rearranging without warning. That’s a fascinating subject, and one you would think would be enough to engage the writer-director on its own, one which fits in well with the unbothered Southern California vibe that makes OUATI…H feel like no other movie out there.

But there’s more. By now you of course know that Tarantino’s movie is populated by another drifting spirit, that of Sharon Tate (Margot Robbie); known at this point in Hollywood history primarily as one of the characters (“The one who makes dirty movies”) in Valley of the Dolls (1967), Tarantino sees her as both the symbol of the last gasp of Hollywood the way it was and, of course, the sacrificial lamb whose awful fate forever marked a shift in popular culture and the end of a public perception of “hippies” as exclusively motivated by peace, love and understanding. OUATI…H attempts to unify its threads— aging Hollywood, ageless Hollywood, and a Hollywood symbol that would never get to age— by grafting and intertwining the fates of Tarantino’s TV cowboys with that of Tate and her houseguests on that infamous night in August 1969 in one of his now-patented alternate-reality fantasies.

I won’t explain just how, but in QT’s version it turns out that Tex Watson, Patricia Krenwinkel and Susan Atkins head up a different driveway on Cielo Drive, and the director leads us along the path of another what-if scenario involving another horrendous moment in history. But, as film critic Odie Henderson observed in his comments on the film last week, “Melanie Laurent’s target was Hitler. Jamie Fox’s target was the institution of slavery. Brad Pitt’s target is a quartet of hippies who BY SHEER LUCK come to Leo’s house instead of Roman Polanski’s.”

This is the crux of the disappointment of the movie for me— in the end, what the movie had been building toward has no real weight. It’s played to a certain degree as a farce of inept murderousness, and more disturbingly as a gruesome whack at a counterculture movement that is solely represented by the blank stares of the Manson Family. By the time the movie makes it to the canyon, its attempt to provide an alternative to the horror that ended up earmarking a huge cultural shift feels callow, grafted on, essentially unexplored. Does it all really come down to Rick maybe getting a part in Polanski’s new movie? I hadn’t thought about it until Henderson mentioned it, but the real meat of the movie— the creeping uselessness and pressure of being phased out of an era that Rick and Cliff feel— is a big, juicy hamburger of a movie right there, and Tarantino has enough at stake in it that it could have been compelling on its own.

But the Manson/Sharon Tate reimagining stuff gives the movie a misshapen rhythm, a top-heavy structure that doesn’t build, that keeps the movie from ever truly catching fire the way Inglourious Basterds did. Even the buildup to that fateful night, with the sudden pile-on of narration, seems rushed and indifferently structured, and it pushes the movie away from the tighter, more slyly observant character study that seems to be dwelling inside all of its longueurs. (Is there anyone left who can say “no” to QT? Not the editor of his last three pictures, that’s for sure.)

Tate/Robbie has a lovely moment in the middle of the movie where she delights at herself, and in the audience’s reaction, during a Westwood screening of The Wrecking Crew (1968),  a Dean Martin/Matt Helm star vehicle in which she had a small role. But that time spent with Tate really comes to nothing because even QT is uninterested in her as anything but an icon. The ending has a certain wistfulness for the fragility of how unpredictably paths can fragment, but no real emotional thrust, other than that generated by the at least partially comic charge one might get from seeing Tex Watson’s crotch get consumed by the world’s coolest pit bull, Susan Atkins get incinerated, or Patricia Krenwinkel’s face get mashed to pulp on a fireplace mantel.

The movie left me with the feeling that QT is no longer capable of making a movie that doesn’t feature grotesque violence— he’s too in love with the shock effects (something Cronenberg had also always been accused of, but certainly with less reason, I think) and seems to think those shocks are what people really love his movies for. There’s too much else in his films to counter that, though, and I left OUATI…H mournful that there is no catharsis in Tarantino’s concept this time around, that Sharon Tate and the other victims (including the La Bianca’s) didn’t deserve either their awful fates or this audience-pleasing alternate take, and that had QT taken the time to shape his real subject and jettison the fantasy this might actually have been the movie some of the rapturous reviews are claiming it is.

In this movie of the moment, my favorite moment is largely a throwaway. Brad Pitt prepares for a physical confrontation with a supremely arrogant Bruce Lee (QT has taken heat for this scene). He sits up upon a metal table, and as he get readies to rise up, he sets the tiny, school-size half-pint carton of milk he’s been sipping on down on the table surface, and the carton, which couldn’t weigh more than a couple ounces, makes a loud, mysterious and very funny metallic “clonk” as it makes contact with the table surface. I laughed my ass off, and I don’t think anyone else did. This is not the sort of highlight around which to build a 160-minute movie, but I’m glad it’s there, and the director’s fascination with long scenes that seemingly go nowhere, or at least take a while to go where you would expect them to, at least make room for several more amusements like this one. Somebody said that the movie felt like it was made up of a lot of DVD deleted scenes that you’d normally have to access as a separate bit of value-added material, and I did appreciate the fact that the movie wasn’t in a hurry to mosey on down its road. I think maybe that’s another reason why when the movie careens into another Hateful Eight-style wallow in ultra-violence, it felt especially off-putting to me.

Maybe the best, most haunting moment in the movie is Tarantino’s dusk-side mini-tour of several recognizable neon signs in Los Angeles popping on in the dimming light of that fateful evening, a sweet observance given a grim patina of dread. And one great thing about all those cruising around LA scenes, besides observing all the detail that went into recreating the landmarks of the period is the fantastic soundscape of old jingles and authentic broadcast ported in from the golden past of LA radio station KHJ and its signature voice, that of Robert W. Morgan, who in OUATI…H functions similarly to the way Wolfman Jack did in American Graffiti.

And of course, the rest of QT’s soundtrack makes for much fun, though it’s not quite up to some of his past collage-of-obscure-hits efforts. For instance, he uses The Mamas and the Papas’ “Twelve Thirty (Young Girls Are Coming to the Canyon” to underline the unsettling image of the Manson Girls— unfortunately, Drew Goddard’s Bad Times at the El Royale beat QT to this particular sickening punch, and I think to greater effect. And really, the director’s use of the Rolling Stone’s “Out of Time” over images of a pregnant Sharon Tate innocently preparing for what, in the real world, would be her final night, is distractingly on-the-nose, and unusually so for a sly repurposer of pop culture such as Tarantino.

But I am grateful that, of all the pop hits and marginal wonders that might’ve surfaced in this movie’s wake, a renewed life seems to have been given to Bob Seger’s completely awesome “Ramblin’ Gamblin’ Man,” which is heard on the radio of Pitt’s yellow Caddy as it meanders its way through a Los Angeles that was and may never have been. I heard it myself on the radio in my car today, and for four-and-a-half minutes I felt I was riding along with Pitt, contemplating personal and career extinction in the sunniest way possible, in the alternate reality movie I wish Once Upon a Time in… Hollywood had turned out to be.