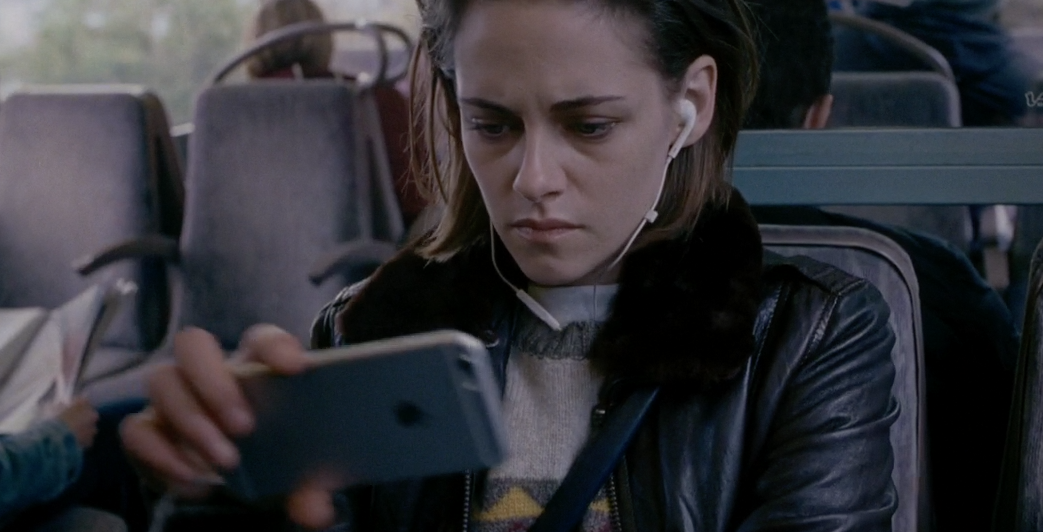 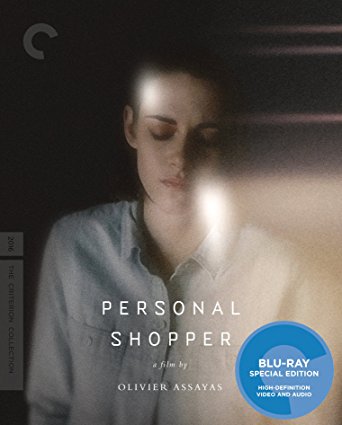 Written and directed by the French filmmaker Olivier Assayas, Personal Shopper is the story of a young woman in the midst of a spiritual crisis, both of the existential and ectoplasmic variety. Her name is Maureen and she works as an assistant to Kyra, a flighty day-tripper famous for flattering herself in haute couture and being seen at the right parties. It’s a job so demeaning that Maureen has jettisoned most of her own identity in deference to the whims of her jet-setting boss.

Along with those earthbound skills, Maureen has a flair for communicating with the dead; she’s a bonafide medium and that uncanny talent may help provide the answer to a mystery tormenting her since the death of her twin brother, Lewis.

Our first impressions of Maureen are shrouded in shadow as she roams the passageways of her late brother’s house, a high-ceilinged mansion ripe for haunting. The sunken-eyed young psychic, more pale than any ghost she might meet, slinks through the abode’s clammy hallways talking to the air while cowering in fear, defiantly searching for a sign of her dead sibling’s afterlife. When that sign finally arrives, it’s the first of several old-fashioned scares confirming that Assayas, a devotee of L’avventura, has more than Antonioni up his sleeve – William Castle is lurking nearby as well.

That gape-mouthed spirit has more than a passing resemblance to Marley’s ghost but, unlike the chain-rattling ghoul who chides Scrooge about his penny-pinching, this bone-chilling wraith seems to have no particular life-lessons to share. Indeed, the search for her brother presents a distinctly personal challenge for Maureen; even the living are like phantoms to this lonely woman (the only communication with her boyfriend is via Skype). She seems more intimately involved with Lewis’s ghost than any flesh and blood acquaintance and it’s not long before even that spectral relationship is tested.

Boarding a train to London in search of new duds for the boss, a barrage of text messages lights up Maureen’s phone. The anonymous entity on the other end seems to know everything about the anxious young woman, what she’s wearing, where she’s going and why. It seems these all-knowing communications could only have come from someone with inside knowledge about Maureen. Are they coming from her jealous boyfriend? Her brother? Or inside her head?

Those texts seem ready-made to test our embattled heroine’s resolve including a devilish proposal to don the garments she just purchased for Kyra, an event expressly forbidden by her dominating mistress. After a few shots of Stoli, she does it anyway. Those clothes fit Maureen in more ways than one and at the end of the evening, nestled in bed with an empty bottle of vodka close by, she seems to find a momentary detente with her demons. The next day she delivers those same clothes to Kyra’s apartment and is greeted by a bloody corpse. Just then another text arrives.

Assayas wrote a twisting and turning screenplay for this many-layered mood piece that should satisfy any moviegoer’s desire for primal shocks and existential mind games. His work is breathtakingly graceful in its ghostly spectacle and riveting in its down-to-earth suspense, like the iPhone cat and mouse game aboard the London-bound train. But none of it would be half as compelling without the perpetual motion machine Kristen Stewart, whose performance as Maureen is a fidgety work of art.

Personal Shopper is, at times, unnecessarily ambiguous (Assayas seems bent on subtracting more pieces from his puzzle than he adds), but even with that – or perhaps because of it, the film grows ever more compelling as it glides toward its enigmatic final frame. And the question that haunts Maureen, just where does she fit in that inscrutable puzzle, haunts us all.

The film’s cinematographer, Yorick Le Saux, is particularly adept in capturing an overcast day in Paris or the sun-bleached terrain of the Arabian Peninsula so we’re lucky that his exemplary work on Personal Shopper landed in the lap of Criterion; they’ve produced a beautiful reproduction of his serenely spooky vistas.

Also among Criterion’s extras are a new 16 minute interview with Assayas revolving around his fascination with the occult and a 45 minute press conference at the 2015 Cannes Film Festival with Stewart and other members of the cast and crew.

Rounding out the package is the film’s theatrical trailer and a print essay from the estimable Glenn Kenny.