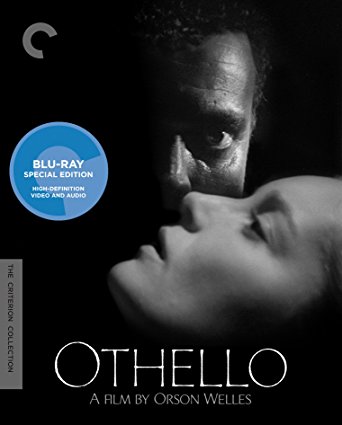 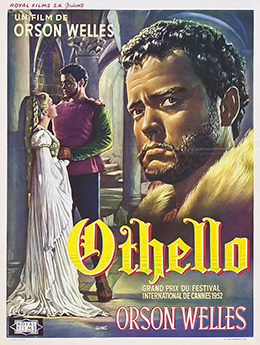 Shakespeare didn’t invent Orson Welles but he did define him; it can be said that if any one director took arms against the slings and arrows of outrageous fortune, it was the man behind Citizen Kane, Touch of Evil and Chimes at Midnight. The 1952 production of Othello is exhibit A.

Filmed over a turbulent three year period in and around Morocco, Venice and Rome, Welles was bedeviled by an ever-changing cast and crew resulting in reshoots by five different cinematographers and assembled by four different editors. The sound recording was a joke. Money dried up on a daily basis prompting the broke director to moonlight on other movies to shore up cash. Because this is Orson Welles, the result of all that turmoil is a grand, visionary work of art.

Othello is the story of a proud General, a transplanted moor newly married to Desdemona, the daughter of Brabantio, a Venetian senator. Though Othello is widely admired, his ancestry paints him as a perennial outsider, not just to others but to himself as well. It’s not enough that the lonely African feels betrayed by his own “sooty” skin; thanks to the scheming Iago, Othello fears he may be betrayed by his own wife.

With a fatalistic flourish, the movie begins with its gloomy ending, not unlike Wilder’s Sunset Boulevard and, yes, Citizen Kane. Those films have willfully disorienting aspects but Othello’s visual scheme is the most purely baroque of Welles’s career. The actors are either framed from a distance, posed on jutting castle tops out of de Chirico or their profiles fill the screen in looming close-ups recalling Dreyer’s The Passion of Joan of Arc.

Welles’s film emerged in an atmosphere of civil unrest and personal chaos and he wanted the film to reflect that; the movie abounds in fractured, hallucinatory montages; shimmering dissolves of roiling water, birds in flight and a reeling sky that mirror the disintegrating psyche of the tormented moor. Even the poorly synched dialogue, the result of that patchwork recording, adds to the sense of dislocation. The demonic Iago, never far from Othello’s ear, embodies all that havoc. Compelled by racial hatred, sexual jealousy and pure bile, he stages a whispering campaign designed to usurp the black man. 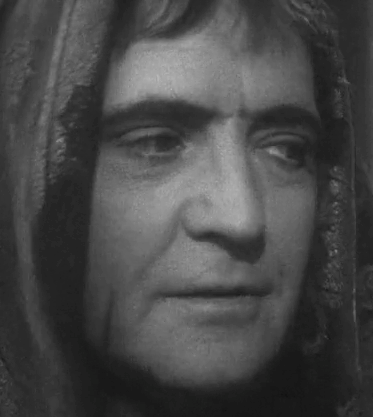 As critic Joseph McBride notes, Othello is a director’s movie and Welles’s performance, though deeply felt, is also subdued, as if the weight of the production hung over him frame by frame (the critic Eric Bentley commented, a little harshly perhaps, that Welles “never acts, he is photographed”).

Considering the turmoil surrounding the production, the other actors are uniformly compelling from Suzanne Cloutier’s porcelain self-assurance to Michael Laurence’s unsuspecting Cassio and Fay Compton’s brave Emilia. But special attention must be paid to Micheál MacLiammóir as the unknowable Iago (“I am not what I am”) whose race-baiting demagogue feels unnervingly contemporary. 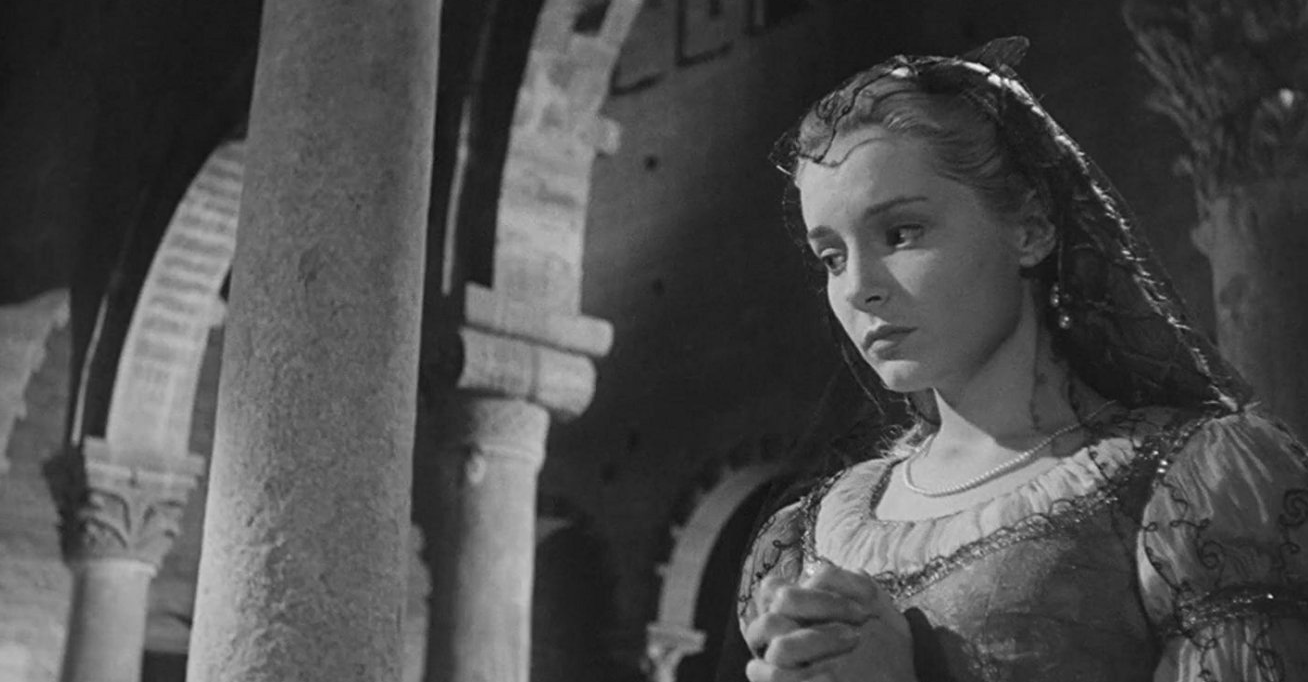 The cast also features Doris Dowling in the pivotal role of Bianca and Robert Coote as the foolhardy Roderigo. Decades later each would expand their horizons (and their audience) with appearances in such unlikely TV fare as My Living Doll and The Honeymooners.

The new Blu-ray release from Criterion is a real stunner with a selection of extras that could have succeeded on their own as separate releases. But it’s the splendid reproduction of the film itself, showcasing the work of its principal photographers, Anchise Brizzi and G.R. Aldos, that makes this one of the label’s finest achievements.

Criterion presents Othello in a two-disc set, the first containing two different versions of the film, the 1952 cut premiered in Europe and the 1955 edit performed by Welles at the edict of United Artists. The most notable change in the 1955 version is the substitution of a traditional title sequence for the original spoken credit sequence voiced by Welles ala Kane and The Magnificent Ambersons.

On the second disc:

Filming Othello is a 1979 documentary directed by Welles about the making of the film featuring a table-side chat with Micheál MacLiammóir and Hilton Edwards (Barbantio). MacLiammóir and  Edwards, the founders of Dublin’s Gate Theater, were instrumental in the young Welles’s introduction to theater; it could be said they helped shape the great man’s fundamental understanding of filmmaking. Filming Othello also stands as Welles’s last completed film, a rambling but passionate discourse on Shakespeare and movies in general.

Return to Glennascaul is a short film made by MacLiammóir and Edwards while on one of their many hiatuses from Othello. It’s a spooky little campfire tale featuring an appearance by Welles as a weary traveler who happens to be named Orson Welles. 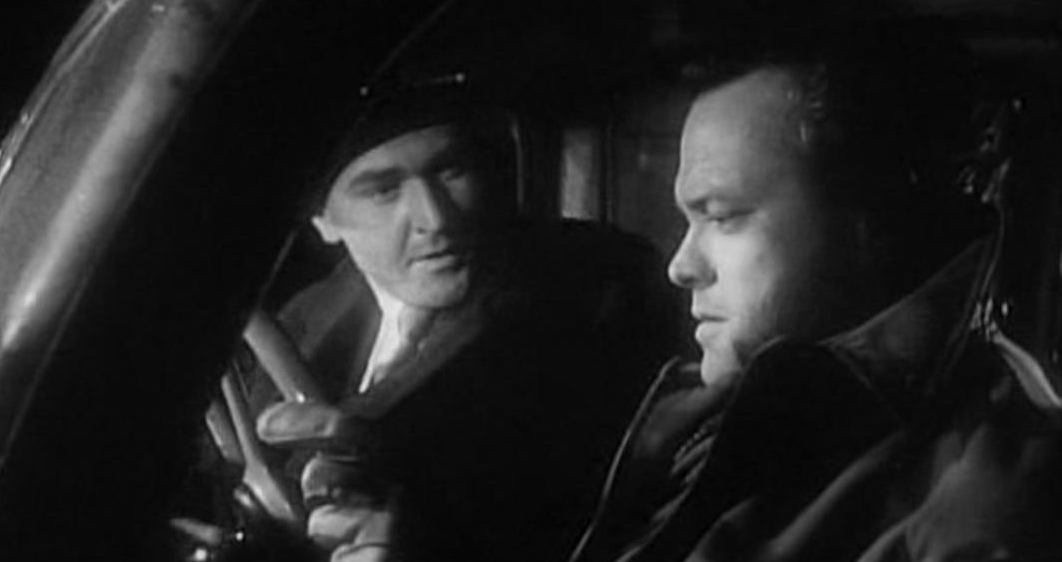 Souvenirs d’ Othello focuses on Suzanne Cloutier’s vivid memories of working with Welles in this 1995 documentary from François Girard.

An interview with Welles biographer Simon Callow detailing the backstage mishigas surrounding the making of Othello.

A conversation with Welles scholar François Thomas about the 1951 and 1952 versions of Othello and the subtle changes to the film’s meanings as a result of those edits.

A compelling interview with Ayanna Thompson (author of Passing Strange: Shakespeare, Race, and Contemporary America) about the evolving attitudes concering the portrayal of Othello’s blackness, from Robeson to Olivier to Fishburne.

A jaunty interview with Welles scholar Joseph McBride with well-reasoned insights into Welles’s work and in particular Othello. 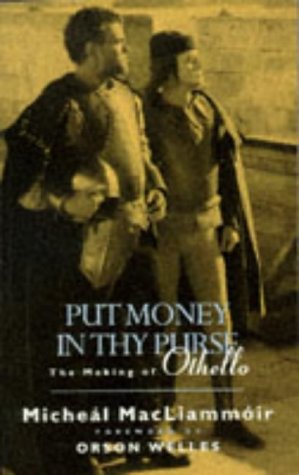 Micheál MacLiammóir’s memoir, Put Money In Thy Purse, a “tell-all” about Welles and the making of Othello, is hard to track down, but if you’re feeling expansive, a not-cheap copy can be found here.

In 2002, a play was written about MacLiammóir and Edwards and performed, appropriately, at The Gate.