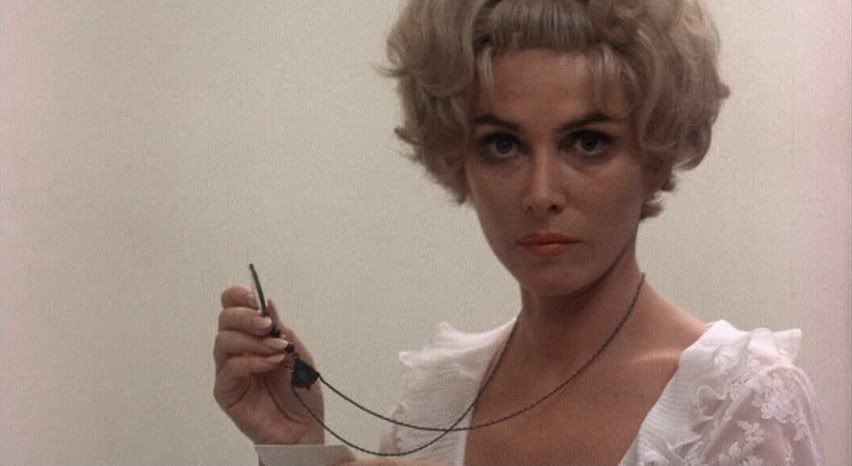 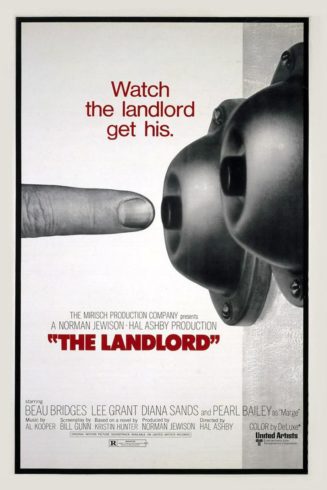 Hal Ashby’s The Landlord, made in 1970, is probably the best movie of the 1970s not to be widely known by younger audiences, and even by some older audiences whose appreciation of the last great era of American moviemaking needs to be expanded beyond go-to classics like The Godfather and Chinatown and Taxi Driver. It’s Ashby’s first directorial effort, after work as assistant editor and chief film editor on The Diary of Anne Frank, The Cincinnati Kid and In the Heat of the Night, and it finds Ashby delighting in the freedom of fashioning experimental rules of editorial and visual expression in the process of translating a script from Bill Gunn (Ganja and Hess), based on Kristin Hunter’s novel, into what stands today as one of the funniest, most honest, cogent and probing explorations of race and American race relations in movie history. We had it on during dinner at my house last week when it aired on Turner Classic Movies, and several times my daughters sat up, listened, and even expressed shock at some of the things the movie was talking about, and especially the way it was talking about them. As kids in 2017 they’re not used to seeing movies with a true measure of frankness about any subject that’s not meant primarily as simple shock value, but then I’d wager most adults, conditioned to respond to a constant barrage of multiplex stimuli over the course of 30 or more years, might find The Landlord sort of shocking too. Which is one vital reason why it should be more well-known. 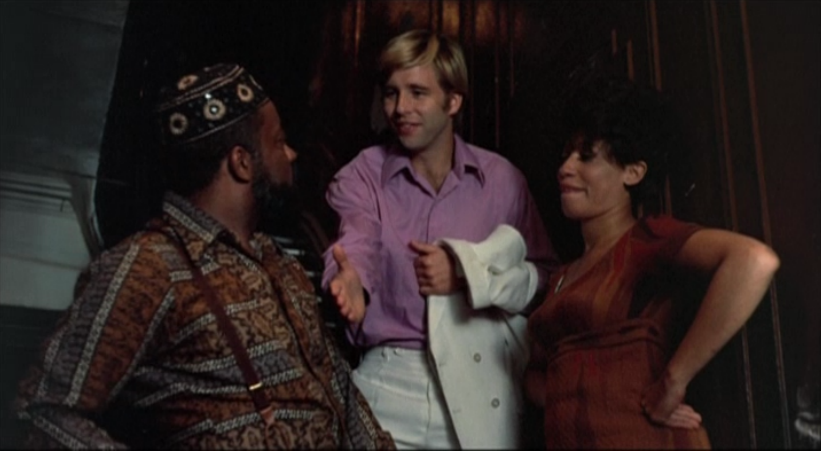 The Landlord is also notable for its cast, with great turns from undervalued character actors like Walter Brooke, Mel Stewart, Will MacKenzie, Susan Anspach, Marki Bey, and Beau Bridges in the titular role as Elgar, a clueless rich kid who, at 29 years old, rejects the influence of his moneyed parents and decides to turn a Park Slope tenement into his personal reclamation project. But as good as Bridges is—and he’s terrific– three women in particular form the beating heart of The Landlord’s satiric and socially conscious heart. 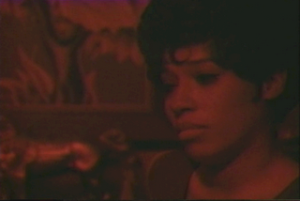 The pain and longing at the foundation of Diana Sands’s performance as Fanny, the young and very married mother whose prickly attraction to Bridges forms the nexus of the movie’s push-pull commentary on social and cultural reality. Sands is achingly good here, not only for the dimension she brings to her role and the movie at large, but also because of the knowledge that her own life and the potential within it for more great work on this level would be cut short by cancer three years after The Landlord was released.

Then there’s Pearl Bailey as Marge, the tenement’s central matriarchal figure who, after a significant measure of resistance, helps Elgar establish his presence among the naturally suspicious tenants and who treats him with unexpected respect, like the mother he wishes he had. Bailey was at the time, and today remains more well-known for her talents as a singer, but The Landlord underlines her great comedic timing and force. She was a master of the raised eyebrow, a talent which really gets a workout in a scene with Elgar’s actual mother, Mrs. Enders, played with customary insouciance and comic flair by Lee Grant, in which the two of them trade decorating ideas while getting sloshed on Marge’s pot liquor, that is a genuine comedy classic. 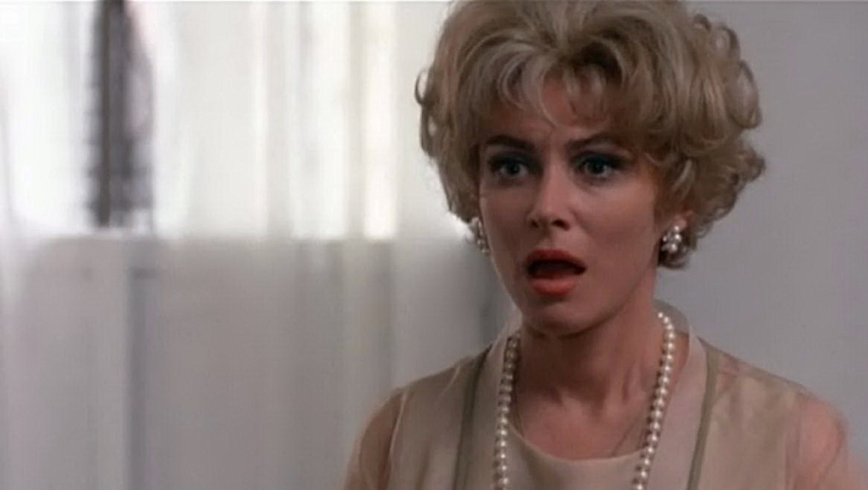 Grant enjoyed a wonderful period here as a near-peerless American character actress, which would peak with an Oscar for her work in Ashby’s Shampoo. In The Landlord she’s screamingly funny as well as entirely likable and empathetic in her desire to understand her son’s wayward impulses, which makes the gradual takeover of her prejudicial anger and wounded pride all the more powerful.

Lee Grant is one of those actresses who has always made me sit up and take notice. She could be relied on to send a signal that her arrival in a scene meant that the fun was about to start, that something, anything, could happen, and whatever it ended up being was probably going to be well worth watching. Consequently, I’ve always been a little bit in love with her unique mix of sweetness, brashness and potential fury, and when I was lucky enough to meet her at a screening of The Landlord and Shampoo a couple of years ago it was something of a nerve-wracking occasion for me, at least at first. As I nervously approached her bearing a copy of her autobiography, I Said Yes to Everything, I fumbled slightly and told her, “I have to confess something to you.” She put down the pen with which she was getting ready to autograph my book, looked at me and with a good-natured smile and said, “Uh-oh.” Strangely, that made me feel slightly more comfortable, and I proceeded to tell her, “As much as I love you in these two movies, and so many others, I have to admit I have a real soft spot for you in Airport 1977.” And I do, even though she is super-mean to Christopher Lee, who, in a rare good-guy turn, plays the husband whose spine she has softened over years of besotted sarcasm and betrayal. It’s a terrific, bitchy performance and she, along with Jack Lemmon and a couple of others, really work to elevate this third Airport disaster into the realm of a genuine good show. I finished my gushing, and without breaking my gaze she grabbed my shoulder and laughed. “Oh, that piece of shit!” she said. “It’s so tacky! But fun!” We both laughed, and I got a little giddy at how open she was—some celebrities can embrace a book-signing as the potentially desultory and deadening experience it can be and consequently make their boredom all too clear—and headed to my seat. When I got there, I opened up the cover to peek at what she’d written in my book. This is what it said: “To Dennis. We’ll always have Airport 1977! Love, Lee.”

Have I mentioned that Lee Grant is the greatest actress of all time?!

If you don’t already know, I’ve been posting the interview-style movie quizzes at my own blog, Sergio Leone and the Infield Fly Rule¸ for about 12 years now, and a brand-new one came home to roost over the most recent holiday weekend. Though Thanksgiving has passed, the questions, unlike week-old turkey and stuffing, are still way-good eatin’. I invite you to join in the fun for (http://sergioleoneifr.blogspot.com/2017/11/professor-birdmans-wing-flapping.html) Professor Birdman’s Wing-Flapping, Plumage-Flaunting, Beak-Busting Thanksgiving Weekend Movie Quiz, hosted by the trans-species academic played by Rene Auberjoinois in Robert Altman’s delightfully strange Brewster McCloud. If that description doesn’t put you off your leftovers, come on by and take the challenge!