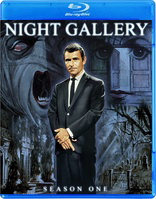 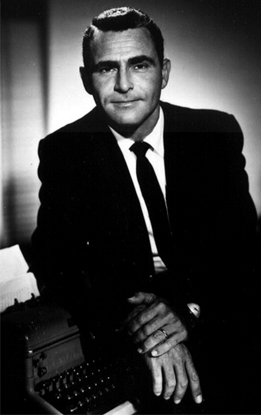 A modern-day mythologist with a populist bent, Rod Serling fused the cautionary tales of fantasists like Ray Bradbury to the righteous anger of muckrakers like Ambrose Bierce and A.J. Leibling. Add to that mix the never ending run-ins with network honchos and we can assume that the beleaguered Everyman who populated Serling’s most enduring creation was more than a little autobiographical.

Serling began his long journey on October 2, 1959—and while the signpost up ahead may have read “The Twilight Zone”, the world-weary Serling’s real destination was the past. An early entry in that ground-breaking series was the writer’s own Walking Distance, the story of Martin Sloan, a burned-out ad man who, thanks to some homespun hocus-pocus, has a heart-to-heart chat with his own 11-year-old self. Later that season, A Stop at Willoughby focused on a harried Madison Avenue exec whose train makes an unexpected stop in a 19th century station. Reginald Rose’s The Incredible World of Horace Ford, an especially cringe-worthy entry from 1963, presents the implosion of an infantile toy maker and his obsession with an idyllic boyhood that never was.

In such shows you can see Serling’s ambivalence toward nostalgia—embracing his own childhood reveries while remaining alert to the duplicitous nature of a hazy memory. Walking Distance and Horace Ford made for diametrically opposed meditations on a single theme and for those viewers comforted by the heartfelt melodramatics of Sloan’s sentimental journey, the wailing hysterics of the man-child Ford must have felt like a slap in the face or a wake-up call. 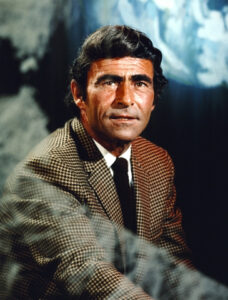 Serling was conflicted, not to mention contentious, in other ways—in 1964, after five years spent battling the network, he allowed the Zone‘s camera to make its final accession to the night skies—the following year he switched genres with The Loner, an offbeat, and unsuccessful, western starring Lloyd Bridges. But the opportunity to relive his past triumphs was apparently too tempting—in 1969 Serling returned to his comfort Zone with Night Gallery, an anthology show emanating from the confines of a shadowy art gallery curated by Serling himself. Though this new incarnation was broadcast in Technicolor and featured silver screen perennials like Joan Crawford and Edward G. Robinson along with notable up and comers like Steven Spielberg and Diane Keaton, it was but a shadow of what came before—even Serling himself seemed disinterested, a restless onlooker like the rest of us. The most acclaimed episode of its first season would be, naturally, the story of a businessman at the end of his rope, swept away to a happier era. 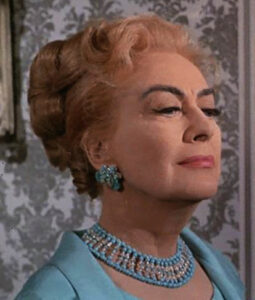 Kino Lorber showcases that first season on their new Blu ray release, Night Gallery (Season One). The series lasted for four seasons (nearly matching the Zone‘s five) and almost immediately, Serling’s familiar antagonists, the network suits, were back to their old tricks—fiddling with scripts and adding more segments, many so juvenile they would have embarrassed Horace Ford (not all those brief segments were so dispiriting, Richard Matheson’s Big Surprise, starring John Carradine, more than lives up to its name in the freakishly funny denouement).

Nevertheless, the show was well produced with first class direction from Spielberg, John Badham, Jeannot Szwarc, and Douglas Heyes (director of Twilight Zone classics The Howling Man and Eye of the Beholder). TV stalwarts Richard Batcheller and William Margulies handled the surprisingly rich cinematography, and composer Gil Mellé contributed a spine-tingling theme that echoed Bernard Herrmann while giving the Serling brand a contemporary boost. Czechoslovakian artist Jaroslav Gebr created the gallery art for the pilot film before handing the brush to Tom Wright who decorated the canvases for the remainder of the series—though both were pretty prosaic craftsmen, they excelled in a wide range of styles (Wright himself was a bit of a renaissance man who turned to directing with episodes of The X-Files and Smallville). 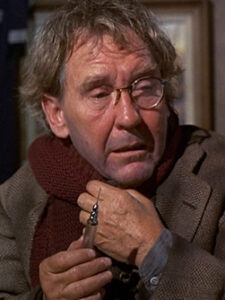 Serling wrote the entirety of the show’s pilot including its most storied tale, Eyes, directed by Spielberg and starring Crawford. The story of a wealthy blind woman who’ll sacrifice anything and anyone to restore her sight, it’s a gloss on Serling’s Time Enough At Last but lacking the sick-joke punch of the original. Spielberg’s direction is remarkably assured and Crawford gives a nicely restrained performance as the coldblooded gorgon (it was Spielberg’s first “official” experience in the director’s chair—the following year he stepped on the accelerator with Duel and a super-charged career was born). Sagal’s The Cemetery, starring Roddy McDowall as a bell-bottomed hipster with murder on his mind, has the campfire tale overtones of a Creepy Magazine story. Barry Shear’s Escape Route is well-directed and acted but, like Eyes, is a recycled notion from the Zone‘s glory days—in particular 1961’s Deaths-Head Revisited. It’s a claustrophobic drama starring Richard Kiley as a Nazi on the lam in South America, and Sam Jaffe as a camp survivor who unmasks his tormentor. Any Twilight Zone fan will see the “surprise” ending coming down the block—but then the series’s utter predictability was its Achilles heel. 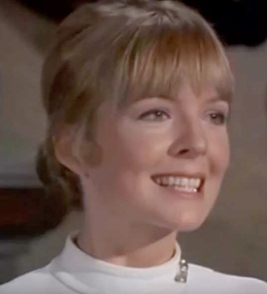 Starring Carl Betz and Jeff Corey, Heyes’s The Dead Man is a walking dead chestnut inspired by Tales from the Crypt but without that comic’s grisly fun. Jerrold Freedman’s short and sweet Room with a View stars Joseph Wiseman and the 1970 version of Diane Keaton—on the verge of breaking out in a big way (a year later she would be cast in The Godfather). Wiseman plays a bedridden, and worse, jealous man whose nurse, while a dithering charmer, comes equipped with a lethal temper. The Little Black Bag is heavy on Serling’s trademark irony with hambone Burgess Meredith and the hulking hayseed Chill Wills as two hoboes who stumble over a doctor’s kit from the future. 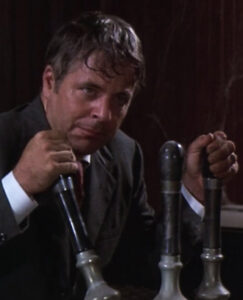 The season-ending They’re Tearing Down Tim Riley’s Bar might have been just another chapter in Serling’s long-running feud with an ever-changing world—but this 40 minute mini-tragedy about a man hitting rock bottom earns its Emmy nomination; Serling’s traditionally rococo style is reined in (though there is the usual speechifying) and William Windom makes every line count (even the speechifying). Windom plays Randy Lane, a sales director for a plastics manufacturer—used as a laugh line in The Graduate, “plastics” continued to work its magic as a metaphor. We meet Lane already in the throes of a nervous breakdown; his smarmy assistant is moving to knock Randy off his perch and Randy’s own self-destructive habits aren’t helping. When he begins to have too-real visions of his past, it seems time for an intervention. No doubt the audience is with Randy at the finale, his heartbreak never dissolves into self-pity—though that abruptly cheery finale does pose a question—was it just a dream recalling the cruel finale of An Occurrence at Owl Creek Bridge? Was it the doing of a suddenly optimistic Serling? Or was it, once again, the suit-and-tied gremlins in the front office?

Night Gallery looks absolutely terrific on Kino’s set—the season’s-worth of shows is spread over two discs, and each episode has a feature-length commentary with contributions from such notables as Tim Lucas, Amanda Reyes, Night Gallery connoisseurs Jim Benson and Scott Skelton, and Kim Newman. There’s also a newly produced featurette from film historian Craig Beam, The Syndication Conundrum: A Look at the Show’s Troubled Second Life in Reruns. Night Gallery fans have reason to be very happy.