Get your beret and warm up the espresso! Some of the most famous deep-dish art film is here — in HD — from attempts to translate various art ‘isms’ to the screen, to graphics-oriented abstractions, to ‘city symphonies’ to the dream visions of Maya Deren and beyond. The careful remasters reproduce proper projection speeds and original music. 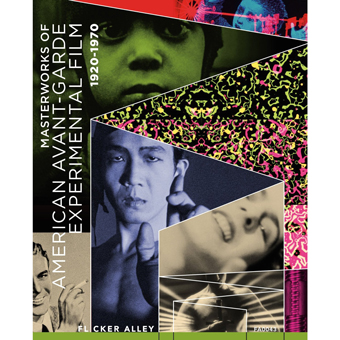 Avant-Garde films in high definition?  Sounds good. Way back in 2005, archivist-producer David Shepard and curator Bruce Posner gave us a monster DVD release called Unseen Cinema, a 7-disc set containing 150+ gems of artistic madness. It was so thorough, it had a selection of Slavko Vorkapich special montages, including an uncut Crime Without Passion “Furies” montage. I’ve returned to it often.

This new Flicker Alley Blu-ray and DVD set Masterworks of American Avant-Garde Experimental Film 1920-1970 is a four-disc collection that by my count contains 32 high quality films of various lengths, in B&W and color. There’s a good mix of ‘the usual suspects,’ always in better condition than one is accustomed to seeing. Pains have been taken with the soundtracks as well. There are abstract films, ‘city symphonies’ and a couple items with unconventional aka racy content. Mr. Posner has touched base with most of the top names in the field, with special care afforded less accessible artists. 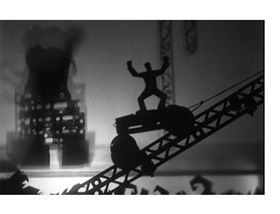 The Full List follows. Some of my notes come from Bruce Posner’s informative insert booklet.

Manhatta 1920
Charles Sheeler, Paul Strand
This early city symphony was filmed at 16 frames per second. Posner gave it a DTS/Lowry clean-up job.
Ballet Mechanique 1923
Fernand Léger, Charles Sheeler, Dudley Murphy
This Avant-Garde landmark is properly presented at 20 fps, with its original score by George Antheil. Man Ray was said to be one of the cameramen.
Anemic Cinéma 1924
Marcel Duchamp
True-speed 20 fps; Marcel Duchamp had a second feminine identity as Rose Sélavy.
The Life and Death of 9413, a Hollywood Extra 1927
Robert Florey, Gregg Toland, Slavko Vorkapich
True speed 20 fps; this film served as a door opener for its makers in Hollywood. 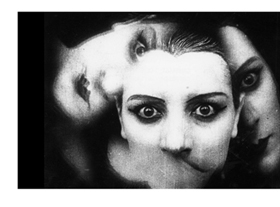 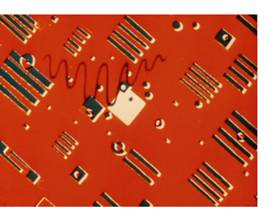 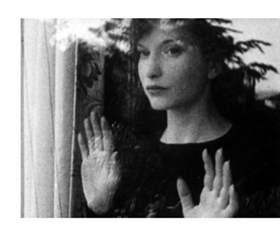 Meshes of the Afternoon 1943
Maya Deren, A. Hackenschmied
The all-time Avant-Garde champ is an encyclopedia of what are really expressionist ideas, yet presented in a seductive, dream-like atmosphere. Deren excels in the creation of doppelgängers, symbols, and anti-gravity sensations. This print reportedly has three shots not seen since the 1940s. Always a favorite. It’s intentionally silent, but I recommend Pink Floyd.
Meditation on Violence 1948
Maya Deren
Jump into Deren’s other work and the excitement falls a bit. This short observes a martial arts fighter’s moves, which must have seemed more exotic in 1948. 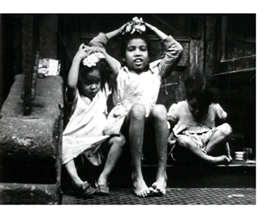 In the Street 1948
Helen Levitt, Janice Loeb, James Agee
This is my favorite of the set because of its human factor. The filmmakers observe a group of small children and young teens playing various games on a street in Spanish Harlem; the personalities, disputes and attitudes on view seem to encapsulate the whole of the human experience. It’s far more than just, ‘cute.’ This was when James Agee was defending Charlie Chaplin against the press, and trying to sell him on his idea for an atomic bomb film.
Four in the Afternoon 1950
James Broughton
Abstronic 1952
Mary Ellen Bute, Ted Nemeth
Eaux d’artifice 1953
Kenneth Anger
Gotta have Kenneth Anger in the mix. He’s well represented elsewhere but this B&W tinted version of his ‘French fountains’ movie looks very clean. 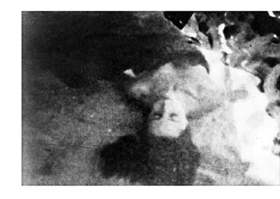 Bells of Atlantis 1952
Ian Hugo
An all-star affair, this one throws ten minutes of arresting color images at us, accompanied by Anais Nin reciting from her House of Incest, with Avant-Garde music by Louis and Bebe Barron of Forbidden Planet fame.
Evolution 1954
Jim Davis
Another wing of the Avant-Garde museum — organic but abstract images that bring on free-association as does music.
Gyromorphosis 1954
Hy Hirsh
Art of the premeditated kind; the explanatory blurb by the filmmaker sounds too close to art-speak for my taste.
Hurry, Hurry 1957
Marie Menken
Marie Menken’s personal story is fascinating, her movies less so. I clearly need more indoctrination, but this one is better than most.
N.Y., N.Y. 19581966
Francis Thompson
This is just marvelous, a ‘city symphony’ movie that finds a simple visual way of making the Big Apple look like another planet, or alien dimension. Beautiful color print, great music, and not pretentious. 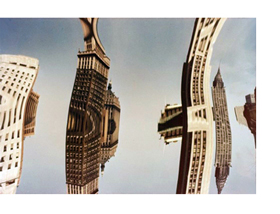 9 Variations on a Dance Theme 1966
Hillary Harris
Castro Street (The Coming of Consciousness)
Bruce Baillie
Film that Rises to the Surface of Clarified Butter 1968
Owen Land
Excerpt from Walden: Diaries, Notes and Sketches 1969
Jonas Mekas
More Mekas Home movies, recording a specific time and place but not quite the same as a beat perspective. It’s slow going.
Our Lady of the Sphere 1969
Lawrence Jordan
Love It / Leave It 1970
Tom Palazzolo 1970
Culture shock. As part of his treatise on American politics, the filmmaker mixes images of the 1968 Democratic National Convention in Chicago with a beauty contest in a nudist camp. 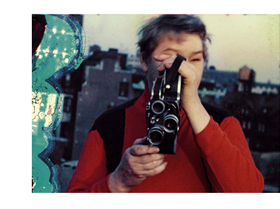 Flicker Alley’s Blu-ray + DVD of Masterworks of American Avant-Garde Experimental Film 1920-1970 duplicates all content on the two formats. The quality overall is excellent, even when individual films are taken from 16mm elements. In many cases transfers are improved just through image stability, with flicker evened out; many of the 35mm films are extremely good-looking, even the 1920 Manhatta. The famed Meshes in the Afternoon is also improved, despite still having built-in visible splices here and there. Returning some of the experimental pictures to their original frame rates helps as well, especially when fast motion and quick cuts are used.

The illustrated color booklet offers an opening essay by Bruce Posner. Individual notes for each film give pertinent credits not found onscreen, and occasional remarks from the filmmakers. This is yet another accessible, well-chosen selection of highly creative film work across the decades, fully annotated and given an excellent presentation.