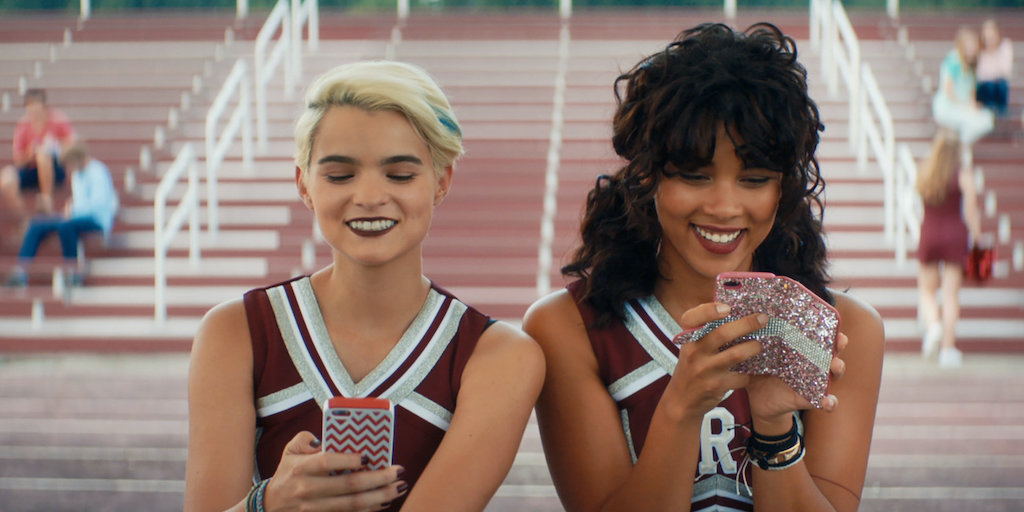 As the calendar turns to March, we’re sure you guys and ghouls are looking to get your horror fix.

No matter your preferred flavor, the world’s streamers are supplying a litany of chilling, newly-available options for you this month. Granted, this whole list could just include new titles on Shudder or Screambox, but we figured we’d spread the wealth around a bit to highlight some of the best and/or most intriguing flicks across a variety of services.

All of these films are free to stream stateside, starting this month, with a subscription to the listed streaming platforms. We’ll try to divvy these up to appease all you niche horror maniacs.

Abercrombie & Fitch Slasher Cinema – Urban Legend (1998), HBO Max:
The original Urban Legend stands as just one of several post-modern Scream rip-offs in the late ’90s, wherein every youthful cast member looked like they wore one very specific brand of attire. Unlike Scream, a meta horror comedy about a bunch of very good-looking young high school students avoiding (what appears to be, but is secretly not) one deranged serial killer who’s studied too many horror movies, Urban Legend concerns a bunch of very good-looking young college students avoiding one deranged serial killer who’s studied too many.. urban legends. So, you know, pretty different, really. Still, if you’re tired of re-watching the five Scream movies and the TV series, Urban Legend is certainly worth a gander, and arrives with a relatively stacked cast. including a young Jared Leto, Joshua Jackson, Tara Reid, and Michael Rosenbaum — plus Freddy Krueger himself, Robert Englund as a professor.

Anti-Shower Cinema – Psycho (1960), Peacock:
A boy’s best friend and that boy are arriving on the upstart NBCUniversal-owned streamer, in Alfred Hitchcock’s classic serial killer slasher. Psycho might be this writer’s favorite Hitchcock flick. Or Rear Window (also available on Peacock starting this month, but it’s really more of a thriller than a horror picture, ain’t it?).

Dennis Hopper Vs. Zombies Cinema – Land of the Dead (2005), Hulu:
Following the success of Zack Snyder’s Dawn of the Dead (2004) remake, original Night of the Living Dead co-writer/director George A. Romero created the fourth film in his ongoing saga, a follow-up to Day of the Dead (1985). Though zombies still reign supreme on a post-apocalyptic planet, small, supposedly insulated territories have popped up around the country. In a safe zone within Pittsburgh (of course), surrounded by an electric fence, Paul Kaufman (Dennis Hopper, man) rules with an iron fist, establishing a class system where the rich deliberately oppress the poor. Pretty crazy idea that obviously has no parallels in modern life. Will the poor rise up and disrupt Kaufman’s reign, with grisly zombie attacks aplenty? Does a bear… well, you know.

Gregory Peck Vs. Satan Cinema – The Omen (1976), Hulu:
This writer cannot really fathom that the original The Omen is 46 years old. Outside of some haircuts, the original Richard Donner fright fest, wherein Robert Thorne, the Ambassador to the United Kingdom (Gregory Peck), and his wife Katherine (Lee Remick) slowly realize that their son Damien (Harvey Spencer Stephens) is the Antichrist, remains as unsettling and effective as ever. Stream it on Hulu with all the lights on this month.

Gremlins Rip-Off Cinema – Ghoulies (1985), Hulu:
This committee of one prefers the first sequel, wherein the Ghoulies invade a carnival, but the original Ghoulies has its charms, including a spooky house, creepy cult rituals, and future Law and Order: SVU staple (and second-generation Hollywood royalty) Mariska Hargitay in a supporting role. Among rip-offs of Trailers From Hell Fearless Leader’s blockbuster creature feature, let’s rank them in descending order, from priciest to cheapest:

We hope that clears things up.

Killer Car Cinema – Christine (1983), Netflix:
Somehow, this pristine John Carpenter-helmed and -scored classic about a murderous 1958 Plymouth Fury does not yet have a Trailers From Hell commentary. Given that it’s one of the great cinematic Stephen King adaptations and is at once timeless and very hauntingly ’80s, and stars The Movies That Made Me podcast guest Keith Gordon as a teen geek-turned-psychopath, this fan (who got to watch Carpenter and his band perform the theme live on two consecutive Halloweens at the Hollywood Palladium) thinks that it’s high time that changed.

Prom Cinema – Tragedy Girls (2017), Shudder:
This sardonic, social media-savvy slasher twist on the Heathers satirical blueprint somehow deftly threads the needle between horror/serial killer thriller and comedy, despite being set at a high school post-Columbine. It’s a love story, but not quite between who you think.

Underground Vampire Gangster Cinema – Yakuza Apocalypse (2015), Screambox:
Sort of like Innocent Blood, but with the Yakuza.

Video Game Franchise Cinema – The Resident Evil series (2002-2017), HBO Max:
All six (!) original Milla Jovovich/Paul W.S. Anderson Resident Evil movies are being unleashed like a zombie plague upon the unsuspecting scrollers of HBO Max. You have been warned. These are more action movies with a peppering of horror in the form of various lab experiments gone wrong, but I’m still going to count them here.