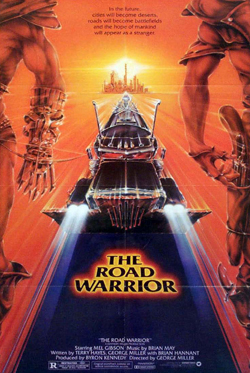 Mad Max returns to his post-apocalyptic junkyard future to scavenge for food and petrol. Warner Bros. gave a big promo push to this improved, retitled sequel (Mad Max 2 in Australia) and turned it into a sizable international success. Most audiences were unaware there had been a previous Mad Max movie. By now Mel Gibson was poised for stardom and went from this into The Year of Living Dangerously. Followed by another sequel in 1985, Mad Max Beyond Thunderdome, and an even more triumphant return in 2015’s Mad Max: Fury Road.