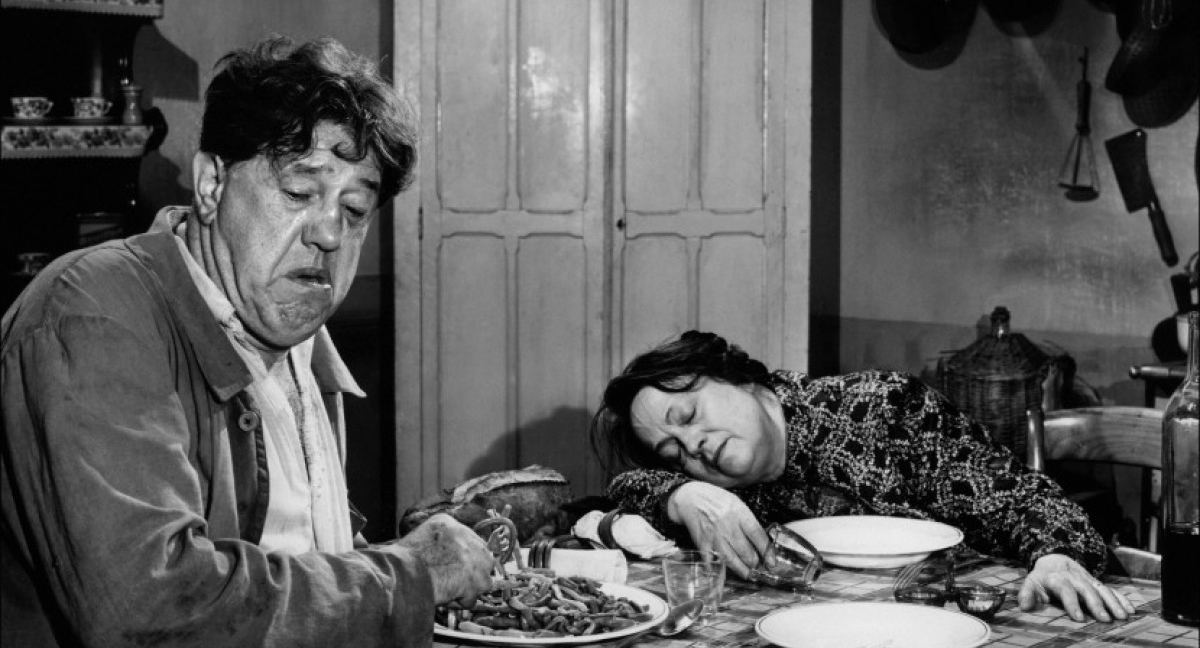 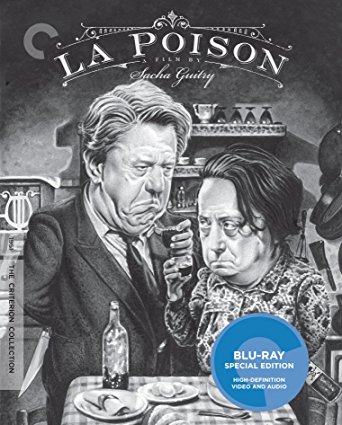 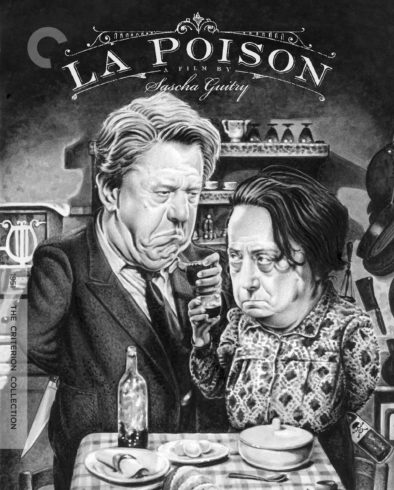 One of the most insightful commentaries on Sacha Guitry’s La Poison can be found right there on the cover of Criterion’s beautiful new blu ray release, a typically “warts and all” portrait by Drew Freidman of the film’s stars, Michel Simon and Germaine Reuver. The film’s diabolic mix of humor and horror is illuminated by Freidman’s precise rendering of Simon’s sagging jowls, Reuver’s venomous stare and the dingy trappings of the cramped little kitchen that threatens to suffocate these damned souls before they can get around to killing each other.

Filmed in just eleven days in 1951 by the speedy Guitry, La Poison tells the story of a provincial peasant named Paul Braconnier (Simon) whose life has been made unliveable by the noxious presence of his lumpen wife (whose revulsion is mutual). After canvassing the priest, the baker and other villagers for advice, Braconnier comes to the conclusion that murder is the only solution to his problem.

He visits an defense attorney known for his long string of successful acquittals and, through a sly series of leading questions, ascertains a how-to lesson in the fine art of committing the perfect crime. When Braconnier returns home, he stabs his wife in the stomach and promptly confesses to the police. Will he escape the long arm of the law? This is a Sacha Guitry film so all bets are off.

Guitry, a playwright, actor, screenwriter and director, could be seen as France’s answer to Italy’s own Renaissance man, Vittorio De Sica. But where De Sica’s inexhaustible compassion buoyed his work, it’s Guitry’s misanthropy that bubbles up in frame after frame of his films. La Poison is no different.

Simon came by his cynicism the hard way, having been the toast of Paris on the stage and screen only to be accused of collaboration during the Nazi occupation. He found out who his friends were, and more damningly, who weren’t. His subsequent distrust of lawyers and the farcical aspects of France’s courts colored his outlook for the rest of his life. Sprinkle in some lifelong misogyny and out pops La Poison. 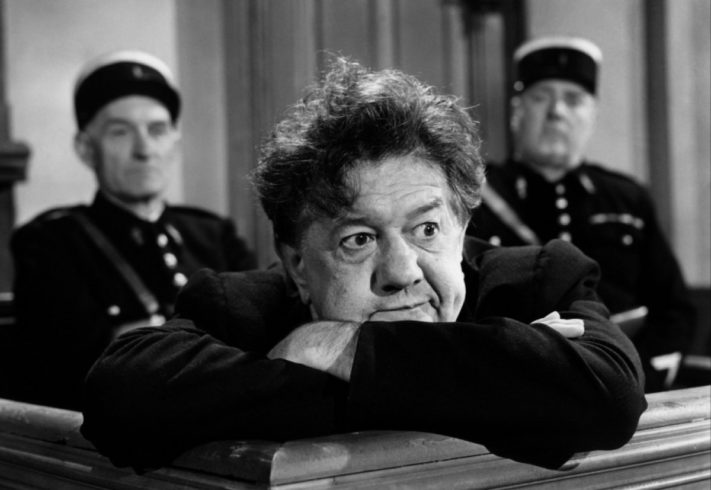 Simon, he of the sad eyes and crooked smile, was a towering physical presence, he looked like, as Mel Brooks described Sid Caesar, “… he could punch a Buick in the grille and kill it.” Simon’s vivid countenance and tragicomic character was like honey to the bears for directors like Carl Dreyer who cast him in 1928’s The Passion of Joan of Arc, Jean Renoir, who made Simon famous with Boudu Saved from Drowning and even Russian director Victor Trivas whose peculiar mix of sci-fi and horror from West Germany, 1959’s The Head (Aka Die Nackte und der Satan), was an early example of euro-sleaze (Simon plays the title role, spending most of the film with his detached noggin resting in a tin pan, shades of The Brain that Wouldn’t Die).

Simon’s baleful presence suggested a clear and present danger lurked beneath his clownish behavior, one felt his goodnatured jibes could turn from merrymaking to murder in a heartbeat. That implicit peril, combined with Guitry’s grim humor, solidifies the status of La Poison as a lethally funny, if uniquely disturbing, classic.

Criterion has done wonders with their transfer of Jean Bachelet’s silky black and white lighting. The great cinematographer (Rules of the Game) gets his own on-camera “thank you” from Guitry himself along with all the other members of the cast and crew in place of the typical credits sequence (a Guitry specialty).

The blu ray includes some excellent supplements including an interview with Guitry-fan Olivier Assayas and two hour-long documentaries about Guitry’s life in general and La Poison in particular.