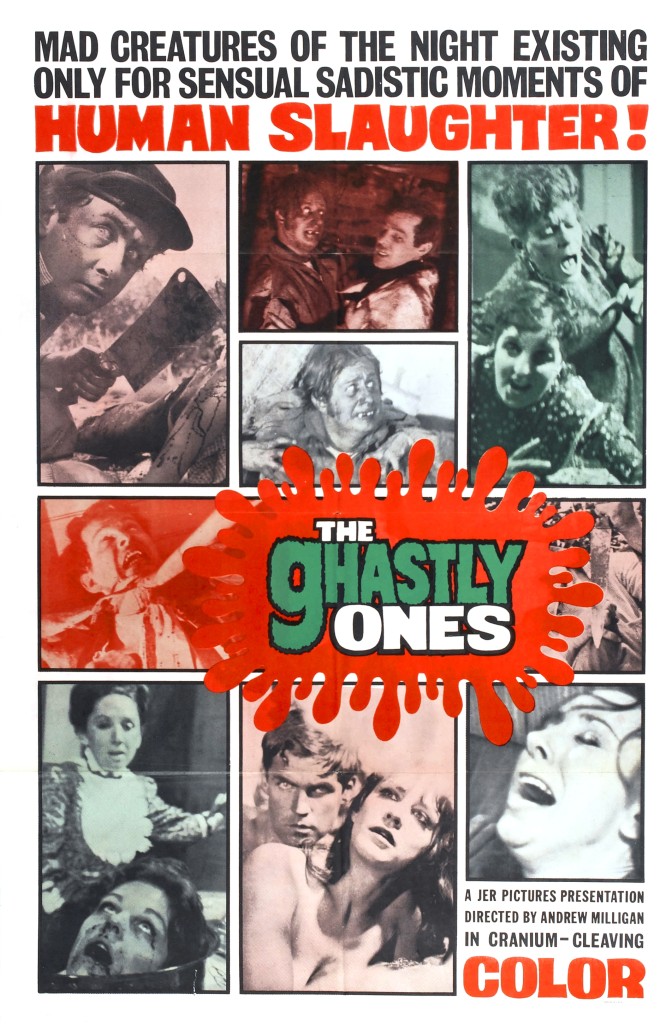 Typical sex‑horror stuff, this New York‑made JER Pictures release looks like a home movie from Bedlam and gives evidence of having been processed in a dirty bathtub. Several semi‑nude love scenes are included, but director‑photographer Andy Milligan’s real interest is in the gory murders, which are much more explicit. Blood flows copiously, bodies are chopped-up and characters are set afire in gruesome, though hardly convincing, fashion. With all these ingredients for acceptance in its own somewhat special market, the Jerome‑Fredric production is handicapped by its own incredible cheapness and ineptitude, plus a deadly slowness in the pacing. Fuzzily photographed in bleary color and blown up from 16 (or perhaps 8) millimeter, the visual quality has a consistently over‑ or under‑exposed look, hardly enhanced by the fact that Milligan’s camerawork is so awful that half the time it’s impossible to tell what’s going on.

The hollow sound recording, complete with electronic hum on the track, accentuates the amateurishness of the acting, and a ludicrous attempt at a late 19th century period setting includes light switches on the wall, jockey shorts, etc., combined with absurdly anachronistic dialogue. Hal Sherwood helped Milligan with the screenplay-of-sorts, which has three girls and their respective husbands and lovers arriving at a deserted island off the coast of Maine, in answer to the stipulations of their late father’s will. They are welcomed by two old women and a hunchbacked imbecile who devours live rabbits. 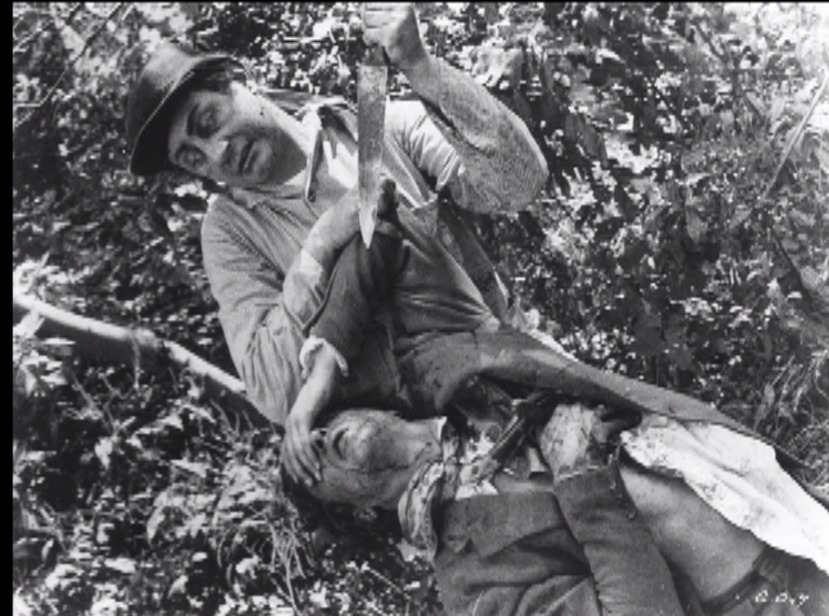 Eventually, one of the men is found hung from a rafter in the old mansion, while another is attacked by a hooded killer who slits open his stomach with a butcher knife and pulls out the entrails. The other fellow gets a pitchfork in the throat, one of the girl’s decapitated head is served on a dinner tray, and finally the killer corners the remaining two girls on the staircase and reveals herself as one of the old women—their illegitimate half‑sister, who wants the estate for herself. She sets the moron on fire when he tries to stop her from cleaving the girls with a meat axe, but he buries it in her head as they topple down the stairs together.

Previously released on VHS by Video Home Library (now OOP) and available on VHS and DVD from Something Weird Video. (TL)