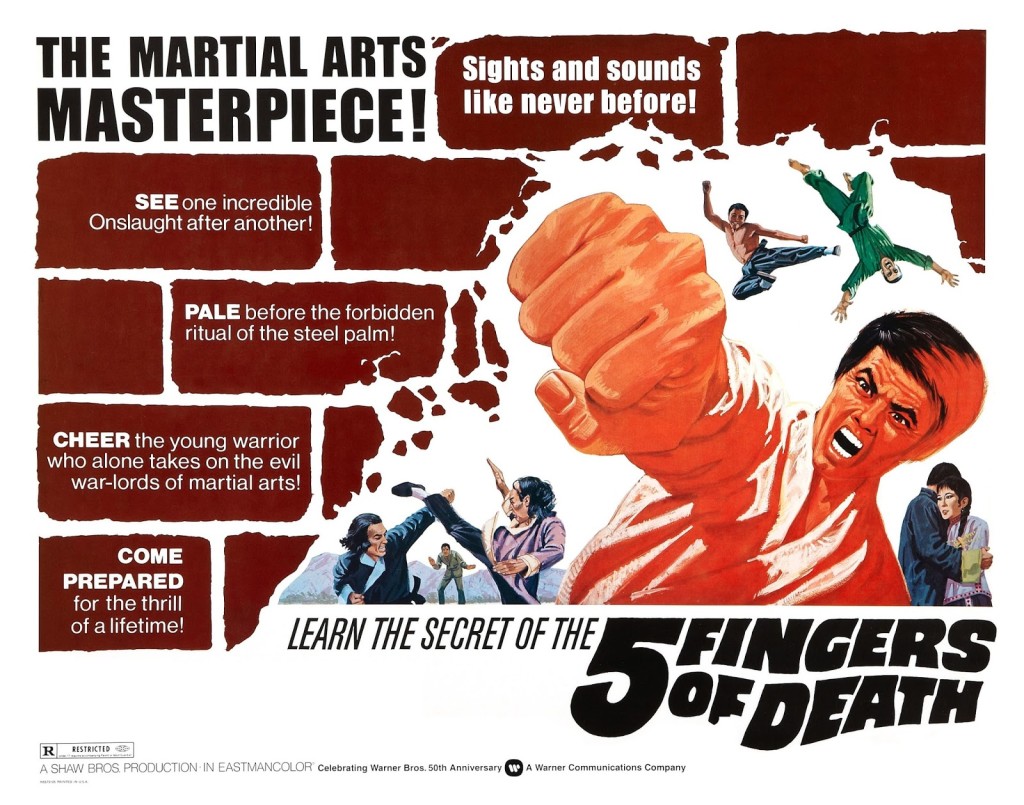 5 FINGERS OF DEATH is the first of a series of Kung Fu or Oriental Martial Arts pictures to hit the mainstream US market, and while it’s too early to tell whether it will spark the craze that several distributors are anticipating, this dubbed Chinese import from Warner Bros. features enough violent acrobatics and overdone fight scenes to assure it a good reception in the action markets, where hard‑sell saturation bookings are the best bet. Black audiences may be especially receptive to the exotic nonstop combat herein, and in addition, much of the slang‑filled English dubbing is hysterically funny, which could help amuse the youth trade and audience in general.

The gimmick is that the nearly indestructible all‑Chinese cast is constantly on the Kung Fu attack and, using only their bodies, they accomplish such feats as leaping 20 feet straight up from a standing position, hurtling through the air, cleaving trees in half with a kick and smashing heads with a blow. The sets are chintzy, the editing choppy and the color dingy, but it’s the jumping around that’s important and there’s no shortage of that. Hero Lo Lieh is a student sent to the Cheng Wu School of Defense to train for the All‑China Championship. Evil Tien Feng wants the title for his dissolute son Tung Lin, and hires various thugs to eliminate the competition. Learning that Lo Lieh is being taught the secret, dreaded Iron Fist Technique, Tien Feng imports murderous Japanese karate experts to crush Lo Lich’s hands. Lo is mighty low until nightclub singer Wang Chin‑Feng helps him recover. He goes on to win the Championship and avenge the murder of his girlfriend’s father, numerous pals and his wise teacher, knifed after the match by the unsporting Tien Feng. 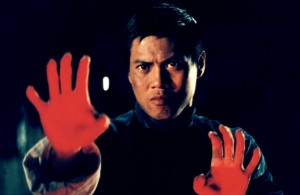 Produced in Hong Kong by Asian film pioneer Run Run Shaw, this is a typical local quickie with at least seven climaxes, more venal villains to be vanquished than in most Italian Westerns, and absolutely no trace of sex. None of the abundant kickings, beatings and gougings are especially gory, since the MPAA’s crackdown on violence has triggered the obvious deletion of virtually all the explicit carnage, particularly in a couple of unintelligible final confrontations during which the opponents are apparently impaling themselves with each others’ fingers. As it stands, the R rating is unjustified. [Joe adds: “5 FINGERS OF DEATH cost $300,000 to make and it grossed $3.8 million in the US alone!”]

5 FINGERS OF DEATH first appeared domestically in the ’80s on the SB Video bootleg label. An authorized version was released by the now defunct Southgate Entertainment in 1990, under the movie’s original English export title KING BOXER. Although there was no mention of it on the box, Southgate’s transfer was letterboxed to a good approximation of the original ShawScope framing. Unauthorized copies of the film are currently available from several labels, like Steeplechase and Beverly Wilshire, who have most likely used the Southgate tape as their source. TL