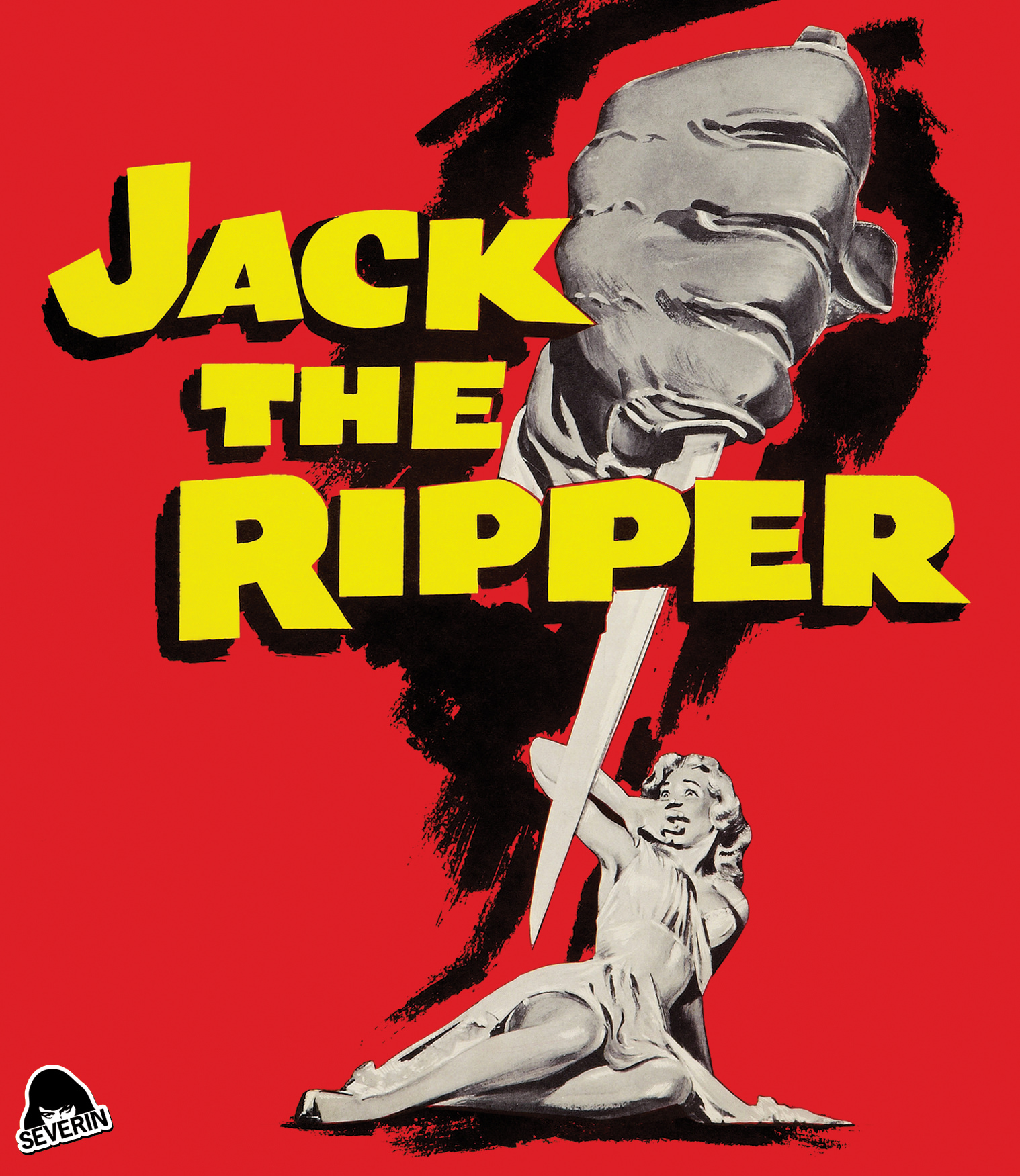 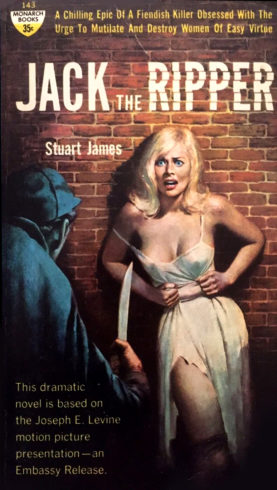 Jack the Ripper arrived in America with the kind of fanfare usually reserved for visiting royalty. Thanks to Joseph E. Levine’s million dollar promotional blitz the British shocker rode a wave of irresistible ballyhoo including a soundtrack LP and a typically salacious Monarch paperback that promised a walk on the wild side for adventurous ticket buyers.

Jack was the talk of the schoolyard but once the movie hit theaters it disappeared as quickly as its namesake. Since 1960 the elusive thriller has dipped in and out of sight like the Loch Ness monster until recently surfacing on a new Blu ray from Severin Films – viewers can be forgiven for thinking it should have stayed at the bottom of the lake.

Produced, directed and photographed by renaissance men Monty Berman and Robert Baker, Jack the Ripper premiered in London in 1959 and landed in America the following year. Levine, fresh off his triumphant Americanization of Pietro Francisci’s Hercules, took the same gamble with the Ripper and ended up overwhelming the very product he was pushing. 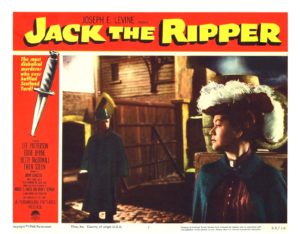 Berman and Baker were more than qualified when it came to visualizing the darker corners of Jolly Old England – each man cut his teeth photographing their share of atrocities during World War II – and the claustrophobic sets by William Kellner have a twisted fairytale quality. The film’s real culprit is not Jack the Ripper but Jimmy Sangster’s humdrum retread of the legendary killer’s story.

The Hammer vet’s paint-by-numbers screenplay was one of his more lethargic efforts, a litany of Victorian cliches punctuated by the usual barroom donnybrooks, zaftig chorus girls and knife-happy cameos from the Ripper himself. Sangster once wrote a career-spanning autobiography called Do You Want it Good or Tuesday – Berman and Baker apparently asked for the script by Monday. 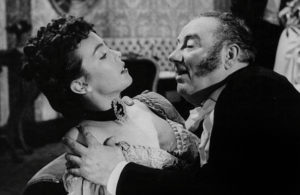 Levine tweaked the film for fidgety U.S. audiences, swapping out Stanley Black’s prosaic score for a jazz-oriented theme from Jimmy McHugh and Pete Rugolo. The savvy showman also added a pre-title prologue with the reassuringly bombastic voice of Paul Frees who challenged ticket-buyers to guess the identity of the Ripper – in the film that task is relegated to Eddie Byrne, the Whitechapel detective juggling a backlog of corpses with an increasingly hostile citizenry itching for mob rule.

When the noisy town folk aren’t protesting the police they can be found in lazily staged variations on backroom petting parties (the spicy continental bits with topless working girls servicing the ripe-to-bursting clientele are given their own extras on the disc). 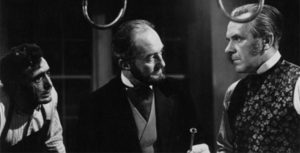 Standing out among the actors who may or may not be the Ripper are Ewen Solon and John Le Mesurier as kindly physicians caring for the needy wretches of the parish – each actor performed very different functions in Hammer’s Hound of the Baskervilles that same year. A barely recognizable Endre Muller plays a misshapen lab attendant whose mangled kisser made quite the impression in Levine’s American trailer – the reddest of all red herrings, Muller surely couldn’t be the Ripper – could he?

The nominal leading man is Canadian born Lee Patterson. Boasting one of the oddest career arcs in movies, Patterson haunted British television for a decade before landing in Florida for Warner Bros.’ Surfside 6, a sun and fun entry in their popular line of hunky detective fantasies. Patterson’s awkward interaction with London’s Bobbies underscored his affinity for Miami Beach driftwood. 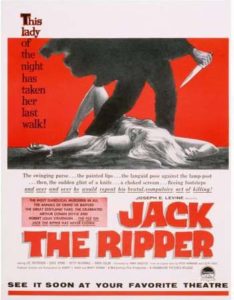 In a film about Jack the Ripper we can’t expect the women to be well treated but a number of actresses, many destined for the Carry On series, struggle to retain their self-esteem along with their clothes including Marianne Stone as one of the Ripper’s more vocal victims.

Stone would make a memorably enigmatic appearance in Kubrick’s Lolita as Quilty’s goth gal pal Vivian Darkbloom* (“… she gets me in a sort of thing called a sweeping ankle throw. She sweeps my ankles away from under me, I go down with one hell of a bang.“)

Regarding Severin’s new Blu ray, it seems the Ripper has claimed another victim. The disc contains both the British and American cuts and each version presents a different kind of eyesore.

The British print is mis-framed at academy ratio and suffers from the occasional blurry scene or degraded image – still, it’s an improvement over the U.S. cut. Though framed in the proper 1:66:1 format the American release print is a hail storm of slices, splices and other visual distractions. To quote Tommy Lee Jones, “My, my, my. What. A. Mess.”

Severin has included some good supplemental material including a generous selection of posters and stills along with a collection of censored scenes taken from a French source – all assembled into one handy chapter for lazy voyeurs.

The official rundown via Severin: