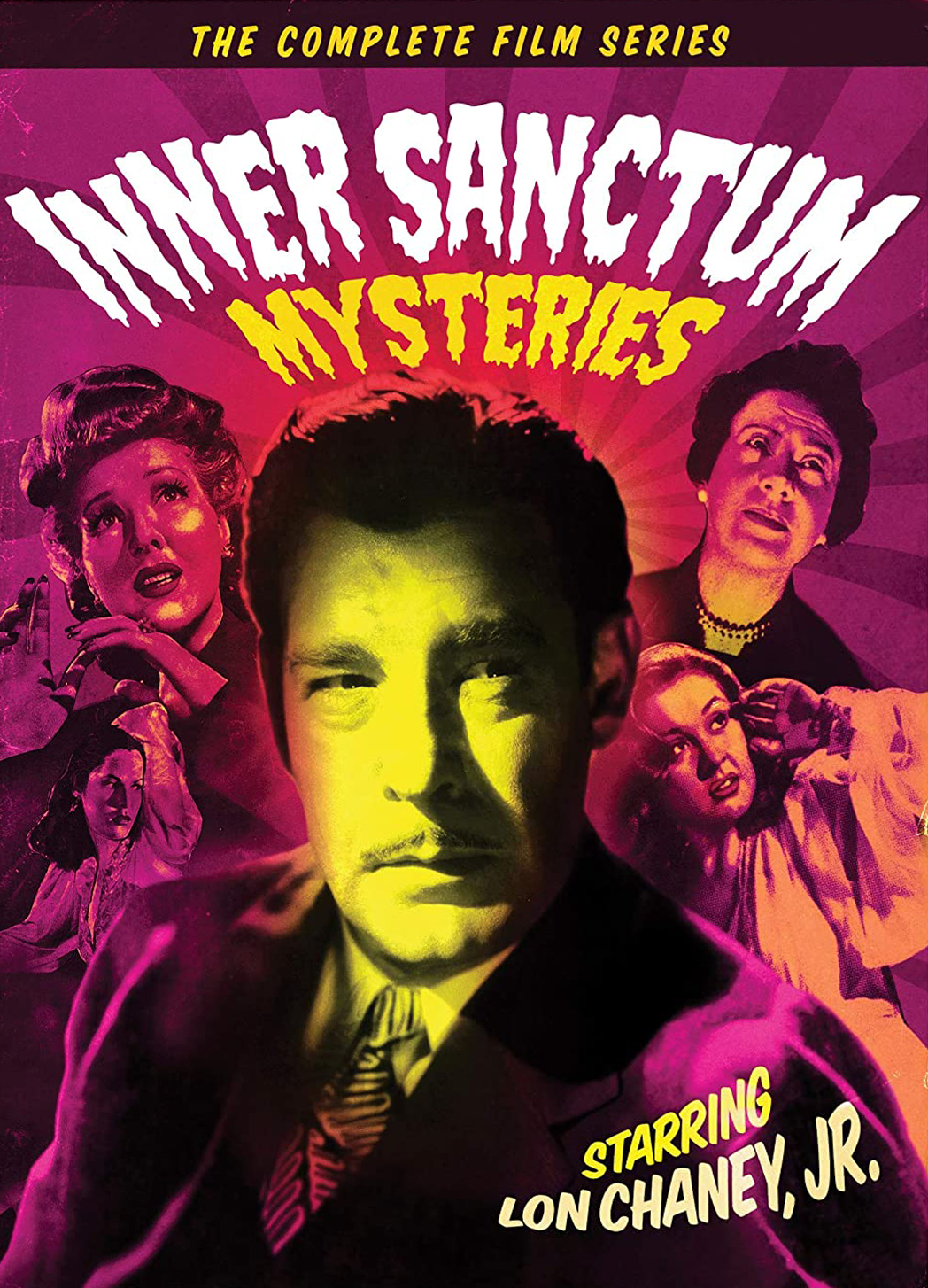 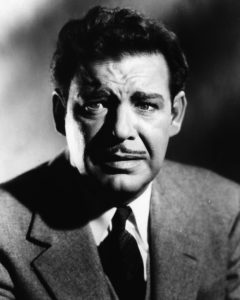 For the first eight years of his career, Lon Chaney Jr. was just a face in the crowd—that all changed with 1939’s Of Mice and Men. The role of Lennie Small, a man-child who didn’t know his own strength, elevated the 33 year old actor to stardom but also typecast him as the perennial victim of circumstances—a B movie Hamlet. Offscreen, Chaney behaved more like Falstaff—his favorite pastimes were drinking, brawling, and more drinking. If Hollywood began to view him as a loose cannon, the actor sealed his own fate when he signed on as Larry Talbot, a discontented aristocrat who was more at home baying at the moon.

After the success of The Wolf Man, Chaney became Universal’s go-to monster—he needed a break from the make-up chair as much as he longed for a more conventional leading man’s role. The Inner Sanctum mysteries could have done the trick—the franchise was based on a popular radio show and came with a built-in audience. It was close to a sure thing for Universal Studios but not for its star—Chaney was cast in his most unconvincing light yet—ladies’ man, scholar, portrait painter, scientist. Though the actor himself may have struggled, each film in the series thrived thanks to the familiar Universal trappings—sleek photography, pulse-pounding music, and a steady parade of the studio’s most desirable starlets. And then there was that disembodied head… 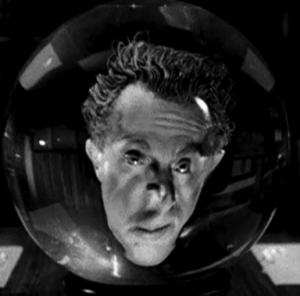 The head was owned by David Hoffman—pale-faced and sunken-eyed, the actor was most effective as window dressing for suspense films and spook shows—he appeared for mere seconds in William Castle’s 13 Ghosts and he’s the most unnerving thing in the movie. Hoffman acted as the unofficial host of the Inner Sanctum films, leering from within a crystal ball where he implicated the audience itself; “… the mind. It destroys, distorts, creates monsters, commits murder! Yes, even you without knowing can commit murder!” Those monologues were the only thing remotely creepy about the films. Though trade magazines suggested classic horror, these were standard issue mysteries that focused on psychological Sturm und Drang—turgidly acted and melodramatic to the nth degree. And the more nth, the better. 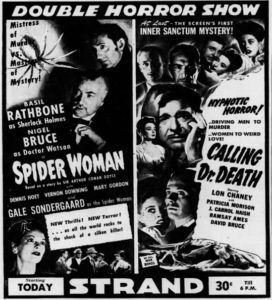 In The Wolf Man Chaney was branded with the Pentagram, a supernatural Scarlet Letter. The curse of the Inner Sanctum is the stuff of commonplace soap operas—fate is determined by malicious neighbors, monomaniacal bobbysoxers, underhanded bosses, and unfaithful wives. Chaney himself insisted on the tortured voiceovers that materialize whenever he suffers his latest indignity—which means they appear a lot. Those soliloquies—unintended parodies of Eugene O’Neill’s Strange Interlude—were the heart and soul of the Inner Sanctum. Written in hyperventilating prose, they were the work of writers who established themselves in the swamps of pulp fiction including future director Edward Dein, Black Mask scribe Dwight V. Babcock, and M. Coates Webster who made his mark with western fare starring Roy Rogers and Allan Lane. Viennese-born director Reginald LeBorg was assigned to direct the first film in the series, Calling Dr. Death. Production began in October of 1943 and under LeBorg’s guidance it became the template for the series. Chaney was no stranger to the concept—in spring of that same year he appeared on the Inner Sanctum radio show in Ring of Doom. Though a longtime fan of the weekly thriller, it was the first and only time he made an appearance (Universal was not happy about their star’s extra-curricular activity). 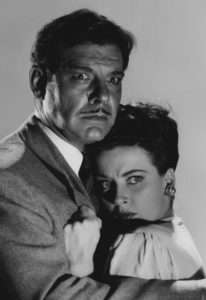 In that April 4th broadcast Chaney played a gangster in love with a snake dancer—things are no less discombobulated in LeBorg’s film; the actor plays a catatonic medico who “might” have murdered his wife, a two-timing mega-shrew played by the ravishing Ramsey Ames. Patricia Morison is Chaney’s love-sick nurse who relies on a hypnotist’s metronome to expose the real murderer. Gale Sondergaard was slated to take Morison’s part but those plans went poof—more’s the pity—but the imposing Sondergaard’s very presence would have tilted the mystery in a different direction (a few years later Morison starred in her own Inner Sanctum-like show as a crime-busting psychiatrist in a TV series, The Cases of Eddie Drake).

LeBorg was back for 1944’s Weird Woman which remains the most purely enjoyable of the series and for good reason, it has a crackerjack premise; a college campus is beset by a turf war among faculty members, some of whom might be moonlighting as Satan’s little helpers. The story originated in Fritz Leiber’s Conjure Wife—also the basis for 1962’s Burn, Witch, Burn, a finely crafted take on witchcraft directed by Sidney Hayers. 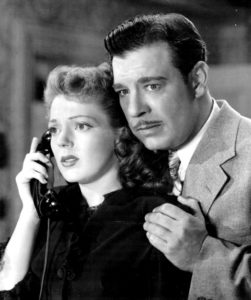 Leiber’s tale is a satire of academia—a dog-eat-dog universe where tenure is valued over everything—even your soul. Chaney is a college professor caught between the South Sea charms of his new bride and a green-eyed librarian determined to end the marriage. Anne Gwynne plays the superstitious island flower and Evelyn Ankers is her bitchy antagonist—the question is, which is witch? Reasonable suspects abound and all eyes are on the terrifying Elizabeth Russell as a faculty wife whose social climbing turns deadly. Ankers is the main attraction of this quasi-spook fest—the voguish actress, usually cool as a cucumber, gives one of the more amusing camp performances of the 40’s—her every expression comes with its own cymbal crash. 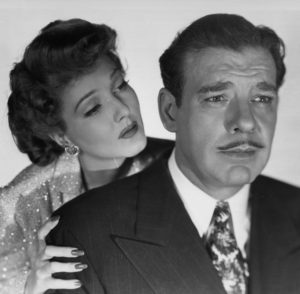 Such exuberance was nowhere to be bound in LeBorg’s next leading lady. Aquanetta, the curvy but blank-faced co-star of 1944’s Dead Man’s Eyes, was a bona fide mystery woman at the time (her origins were kept deliberately opaque) and she plays, appropriately enough, a figure model who has a hand in the blinding of an up and coming artist played by Chaney—the incident sets off a string of murders that circle back to the pin-up girl. Is she innocent or out for blood? Chaney is literally in the dark but that doesn’t stop him from investigating. A blind detective was also as center stage of 1942’s Eyes in the Night directed by Fred Zinneman. That thriller starred Edward Arnold as a sightless Sherlock with his very own canine Watson, a seeing-eye dog. Unfortunately the screenplay Dwight Babcock turned in for Dead Man’s Eyes isn’t nearly so witty. 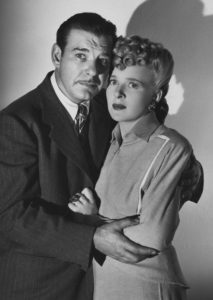 This would be the last Inner Sanctum for LeBorg but he wasn’t done with guilt-ridden head cases—he was in the director’s chair for 1963’s Diary of a Madman in which a possessed Vincent Price converses with the air in between knife murders. It was left to Harold Young to take charge of 1945’s The Frozen Ghost, a poetic title for a prosaic tale about suspended animation and mind reading. Luci Ward, who worked her way up from the Warner Bros. secretarial pool, wrote the script, a tangled affair with echoes of Leni’s Waxwork and Curtiz’s Mystery of the Wax Museum. Chaney plays a clairvoyant who’s convinced he caused the death of an audience member. The telepath goes incognito at a wax museum (of all places) where the thick plot grows even thicker with plastic surgeons and demented sculptors vying for screen time. Ankers is back and Elena Verdugo, Chaney’s bubbly gal-pal from House of Frankenstein, is still working her schoolgirl crush on Lon. Martin Kosleck is the wax-worker with murder on his mind and the normally mild-mannered Milburn Stone takes the opportunity to show off his dark side.

All the Inner Sanctum films flirt with that dark side—the sick kick of an EC comic—but the filmmakers usually pulled back from the hard stuff. That said, 1945’s Strange Confession opens with a jolt worthy of Crime SuspenStories. In this peculiarly diverting melodrama directed by John Hoffman, Chaney plays a struggling chemist who shows up at the door of an old friend while toting a decapitated head. Flashbacks tell the story of how and why he came to acquire this grisly memento. J. Carroll Naish, who played the needling detective on Lon’s trail in Calling Dr. Death, finds his own dark side as Lon’s odious employer who’s headed for a beheading. The movie was a remake of 1934’s The Man Who Reclaimed His Head starring Claude Rains as a pacifist driven to murder. Hoffman’s retelling stays true to the original’s tale of betrayal and revenge but M. Coates Webster’s shallow dialog makes it impossible for Lon to approach Rains’ moving portrayal. 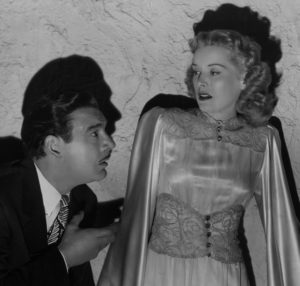 Directed by Wallace Fox, 1945’s Pillow of Death is missing David Hoffman’s head-in-a-fishbowl act which is a little odd because his eerie warning, “… even you without knowing can commit murder!”, is precisely the plot of this final Inner Sanctum film. A lawyer in love with his secretary is suspected of suffocating his wife. There are plenty of red herrings (some of them so obvious as to wear a sign around their necks) but George Bricker’s screenplay is disjointed enough that one suspects they were making it up as they went along.

Chaney survived the Inner Sanctum experience but not the studio—he left Universal that same year after finishing just one more film (The Daltons Ride Again). His shot at the “conventional leading man” role was fated to be anything but conventional—but thanks to Lon and his strung-out asylum-mates, the Inner Sanctums remain preposterously diverting entertainment.

Upon their inception in 2002, Minnetonka, Minnesota’s Mill Creek Entertainment made their mark with budget-minded home video releases—much of their catalog was made up of also-ran material and the quality showed. Not so with their new Blu ray release of Inner Sanctum Mysteries—Franchise Collection. The films look absolutely terrific, at times as good as the hallowed Universal Legacy collections. Virgil Miller, Paul Ivano, Maury Gertsman, and Jerome Ash were the cinematographers for the series and Mill Creek’s work brings out the best in their work. Mill Creek has also included some excellent extra-added attractions including:

A 55 minute documentary, This is the Inner Sanctum: Making a Universal Mystery Series.

A history of the radio show presented by Martin Grams Jr., The Creaking Door: Entering the Inner Sanctum.

An archival interview with Martin Kosleck, Mind Over Matter.

A booklet is included in the set with information on the series from Joyner and a guide to accessing “digital bonuses”—streaming options for standard definition versions of 1943’s Lady of Burlesque and the 1948 one-off Inner Sanctum, which shares the spirit but none of the hyperbolic panache of the Universal series.There are also options to stream three Inner Sanctum radio shows, Boris Karloff in The Tell-Tale Heart, Peter Lorre in The Black Sea Gull, and Mary Astor in Melody of Death.