A welcome blast of clear thought, Raoul Peck’s documentary represents the point of view and philosophy of James Baldwin, the writer and artist known best as a social critic of the Civil Rights movement. Allowing Baldwin to ‘speak’ thirty years after his passing sheds light and wisdom on the issue that hasn’t gone away. 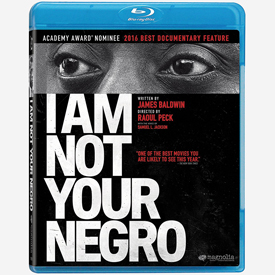 I Am Not Your Negro expresses the writings of an expert who has been gone for thirty years. Writer-director Raoul Peck had full access to all of Baldwin’s work, as well as choice film and videotape records of the author’s speaking appearances on television. Baldwin’s ideas have been organized into a thesis about everything concerning the racial divide in America. The movie has no outside-voice narration. Actor Samuel L. Jackson instead imitates Baldwin’s voice, turning his writings into a first person account. It works wonderfully. When what Baldwin says disturbs, it’s only because it’s a painful truth. 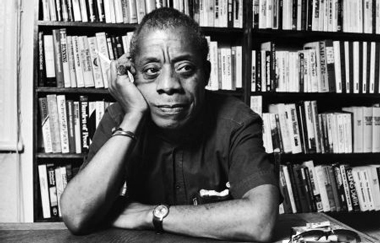 A well-organized selection of images illustrates Baldwin’s words. Along with the expected visuals from the Civil Rights movement, we get a wide variety of appropriate news images from history, placing events in their wider cultural context. There’s also an excellent use of film clips, to show how images of blacks in films back up Baldwin’s opinions. Get ready for some disturbing thoughts about the cinema of Sidney Poitier. The editing by Alexandra Strauss is as clear-headed as the arguments being set forth by Baldwin’s words. The show hasn’t a single slack minute.

We’re badly in need of James Baldwin’s voice of reason right now. His reference to black rebellion goes back to the Los Angeles Watts Riots of 1965, but his ideas are entirely relevant to Los Angeles 1992 and the present-day Black Lives Matter movement. And Baldwin’s concerns directly address the rise of police violence in the last few years. What with the mass denial of hateful notions like, ‘make America great again,’ Baldwin’s words provide a needed history of America as perceived by blacks.

The theme is of course that America remains a frighteningly racist country. Back when equal rights wasn’t even a topic open for discussion, Baldwin felt he had to leave the country to be free of the everyday oppression. He studied and wrote in Paris, becoming something of a magnet for black artists and entertainers abroad.

The docu begins with Baldwin’s portraits of Martin Luther King, Malcolm X and Medgar Evers. He differentiates his stance against theirs — he’s neither non-violent like King nor ‘believes that the white man is the devil’ like Malcolm X. Baldwin’s arguments about the open oppression of blacks are all but irrefutable. Those leaders accepted him as their intellectual equal; he admires their willingness to put their lives on the line for what they believe. All three were murdered in the space of five years. Baldwin doesn’t defend the militancy of the Black Panthers, yet offers a perfect argument for their taking up arms: Americans understand and encourage almost any group or nationality to fight for its rights, yet with all the evidence of violence directed against black Americans, white America goes into panic mode at the thought of blacks with guns. 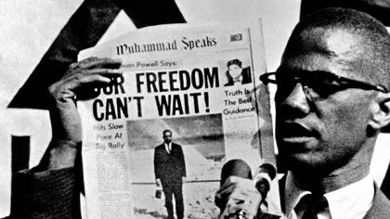 Baldwin doesn’t buy into the notion of a benign liberal white America. One passage recalls a meeting that he and author Lorraine Hansberry (A Raisin in the Sun) had with Bobby Kennedy, a supposed champion of Civil Rights. They suggest that J.F.K. use the prestige of his office and personal charisma to crush Civil Rights opposition, by personally accompanying a black child into a segregated Mississippi school. R.F.K.’s reaction shuts them down cold. Even at that level, blacks are not being invited into the chambers of decision.

Another startling moment occurs in a clip from The Dick Cavett Show. Cavett bowed and fawned for his celebrity guests, but he needs to be handed the prize for giving Baldwin a chance to speak, in a society that otherwise locked him out. Baldwin is polite, yet doesn’t shy away from statements that ‘white people don’t want to hear.’ A counterpoint guest then whines something to the effect of, ‘why do you have to make this a white-black battle,’ and ‘why can’t we just get along?’ Baldwin’s calm response cuts like a knife: “You want me to make an act of faith, risking myself, my life . . . on some idealism which you assure me exists in America, which I have never seen.” Cavett has no snappy comeback for that one. 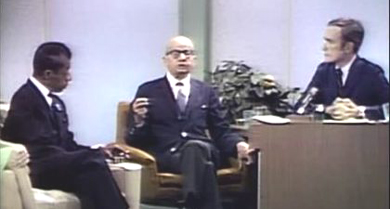 The docu’s film clips illustrate specific points Baldwin makes about the subtle nature of oppression in the culture. The movies are relevant because they focus on the terrible ways that the media force a false reality on black people. The clips aren’t restricted to old views of Stepin Fetchit — Godfrey Cambridge is shown singing the Chiquita Banana song, blacks act like idiots on The Gong Show and on modern ‘reality’ TV blacks stage screaming arguments, fistfights, etc., that leave no room for a consciousness of actual reality. Baldwin rejects the thesis of Stanley Kramer’s The Defiant Ones outright, the white liberal notion that the black and white fugitives can become equals. Clips show how Poitier and to a lesser extent Harry Belafonte were de-sexed for the movies, with the commonly praised Guess Who’s Coming to Dinner? singled out as a negative extreme in which the ‘black man fits into the white world’ fantasy could go no further. Director Peck even accesses a (beautiful) clip from Pajama Game to express the lie of white culture that pretends that reality is all white. That argument extends to the argument that white America is pathologically obsessed with its illusions of a white-centric consensus, that we’ve become “moral monsters.’ To drive this point home director Peck cuts directly from Doris Day to stills of lynchings. In black America, the connection is legitimate: the overpowering white culture has no moral conscience.

Yet I Am Not Your Negro is more persuasive than confrontational. In person James Baldwin comes off as a gentle man with an honest, broad smile. His academic tone when speaking is probably unsuited for mass politics. We see him speaking on several occasions and he holds the crowds in rapt attention — his words don’t ask for approval or offer happy-speak clichés. Raoul Peck has chosen Baldwin’s words well, as the messages of I Am Not Your Negro come across as substantial and honest. Decent, clear ideas are at a premium right now.

Magnolia Home Entertainment’s Blu-ray of I Am Not Your Negro is a fine transfer of this polished presentation — the images look sensational regardless of source. I would say that digital enhancement has been applied to clean up and stabilize much of the news film. Old video sources appear to also have been optimized for picture quality and color. When film clips come up, they look pristine — it’s good to know that Pajama Game has been remastered at the quality we see here.

Director Raoul Peck is seen in an interview, explaining how he secured access to Baldwin’s writings; lengthy Q&A talks place both Peck and actor Samuel L. Jackson in front of a screening audience. Jackson is nothing less than marvelous. He says that people often don’t believe it’s his voice reading Baldwin’s words, and has to remind his audience that he’s a college graduate trained in the fine arts. When the taping was made the Travel Ban had just kicked in, and he has some choice words for the whole ‘make America great again’ idea. He does correct the moderator at one point — calling the civil unrest from Watts forward not riots, but resistance. Jackson’s talk is as liberating as the main feature.

Although the box and menu lists English and Spanish subtitles, my LG BD player would not play them. I’d appreciate feedback, to find out if the incompatibility is just with my individual machine.

I Am Not Your Negro
Blu-ray rates:
Movie: Excellent
Video: Excellent
Sound: Excellent
Supplements: Two Q&A sessions, on interview piece, video photo gallery.
Deaf and Hearing-impaired Friendly?  ?; Subtitles: English, Spanish (feature only) — but they would not play on my LG player (this may change)
Packaging: Keep case
Reviewed: April 30, 2017
(5407negr)