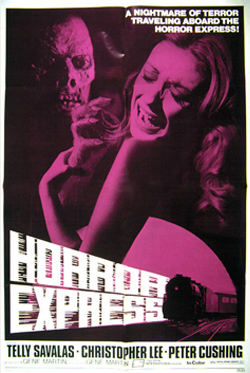 This Spanish-British coproduction, shot in Madrid under the evocative title Panic on the Trans-Siberian Railroad, remains one of the most satisfying screen pairings of longtime friends Christopher Lee and Peter Cushing. Nevertheless Cushing, mourning the passing of his wife, initially tried to leave the picture before shooting and had to be talked into going through with it by Lee, with both later admitting it was one of their most enjoyable experiences. Initially unheralded, it’s since become a fan favorite.