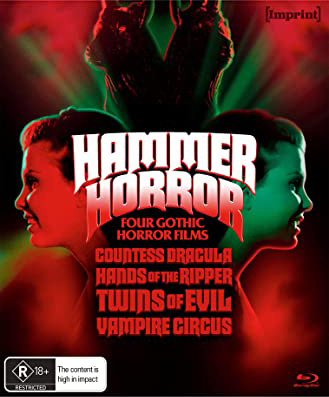 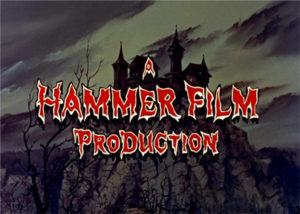 In December of 1959, Hammer Studios released a bit of Yuletide cheer called The Stranglers from Bombay, a censor-baiting melodrama highlighted by severed limbs and Marie Devereux’s cleavage. The studio would spend the next decade expanding upon those themes and wore the inevitable X Certificates like badges of honor. But as an ancient reprobate said, “Politicians, ugly buildings, and whores all get respectable if they last long enough” and by the seventies the bad boys of Bray seemed positively sedate. Though the power to shock had waned, Hammer was still a thriving business—there were two Dracula films produced in 1970 alone. Still, no one could blame them for shaking things up—Anthony Hinds, the studio’s guiding light, made his exit in 1969, and Hammer’s go-to directors, Terence Fisher, Roy Baker, and John Gilling, were getting old or bored; Fisher would direct only one more movie for the studio, 1974’s Frankenstein and the Monster from Hell, the busy Baker was headed to television, and Gilling wrapped his career in 1975 with La Cruz del Diablo, a Spanish horror written by Paul Naschy.

Stepping into the breach was the Hungarian Peter Sasdy, the neophyte Robert Young, and the versatile John Hough (who was capable of overseeing both The Legend of Hell House and Dirty Mary, Crazy Larry). Even Hammer’s sound was reinvented—James Bernard’s apocalyptic rhythms were replaced with the swooning melodies of composers Harry Robertson and Christopher Gunning. Imprint, a home video company based in Australia, has gathered together four of the studio’s most characteristic releases from that period in Hammer Horror: Four Gothic Horror Films—the set is not just a tribute but a requiem, shining a light on the trials and tribulations of being Hammer in the Me Decade. 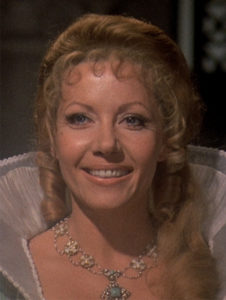 Directed by Peter Sasdy, 1971’s Countess Dracula featured the studio’s reigning sex symbol, Ingoushka Petrov—aka Ingrid Pitt. Born in Warsaw in 1937, the voluptuous Pole raised temperatures in Where Eagles Dare and broke the thermometer altogether in The Vampire Lovers, making her the obvious choice for this slice of historical cheesecake inspired by the escapades of Elizabeth Báthory, an energetic sadist who dismembered over 600 women between 1590 and 1610. Pitt plays Elisabeth Nádasdy, a withered aristocrat whose curvaceous charms are restored when she discovers the black magic version of Botox—a warm bath in the blood of a virgin.

Like any supernatural remedy, the cure is short-lived and the countess must kill again to maintain her youth (salons in Beverly Hills should screen this film as a PSA). Pitt herself is dubbed, muting an already lackluster performance but with her upturned nose and apple-cheeked smile she is very endearing, even while eviscerating unlucky village girls. The countess is, naturally, overwhelmed by admirers, including a more dour than usual Nigel Green (looking like one of the Winkies of Oz in his towering Cossack hat) and the dreary Sandor Elès as Nádasdy’s main squeeze. Sasdy struggles to hold the audience’s attention but Kenneth Talbot is far more successful in his job—his cinematography is ravishing. Countess Dracula remains one of the most beautifully lit Hammer films in the studio’s history and makes this underwhelming gothic an eye-catching experience. 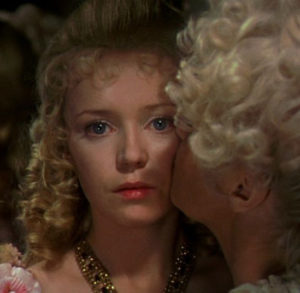 Best known as a writer for British television, Lewis Davidson based his screenplay for 1971’s Hands of the Ripper on a story by criminologist Edward Spencer Shew. Davidson’s work on shows like The Avengers was a prime example of tongue in cheek satire but Hands of the Ripper is anything but lighthearted—the tragic tale of a young woman victimized by a pitiless society and cursed by her own bloodline, Peter Sasdy’s film battles a hundred and one hurdles—including his own thick-fingered direction. But thanks to Davidson’s well-observed characters, the film succeeds as one of Hammer’s most emotionally charged entries—with a finale that is positively operatic in scope (it recalls Oliver Reed’s pitiable fate atop the turrets in The Curse of the Werewolf). 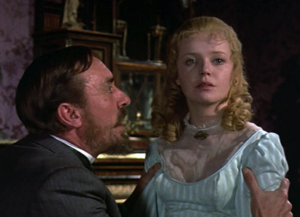 Angharad Rees, a Welsh actress versed in roles by writers from George Bernard Shaw to John Cleese, plays Anna, a traumatized waif who witnessed the murder of her mother at the hands of her father, Jack the Ripper. We don’t know much about Anna’s life between that calamity and the present—the next time we see her she’s a young woman crouched in a closet, not imprisoned but working as the assistant to a medium—the faker specializes in communicating with the dead and Anna’s disembodied voice stands in for the deceased. That’s where Eric Porter, playing a sympathetic  psychiatrist named John Pritchard, rescues the lost child. He takes her on as a “suitable case for treatment” not realizing that Anna might be psychotic, possessed, or both; in a perverse tribute to her demonic father, she kills anyone who dares to touch her.

This intriguing tale is fraught with another kind of peril, inflicted by the filmmakers themselves; there’s a demeaning attempt to frame Rees as a sex kitten as she cavorts in a bubble bath (even more humiliating for the actress, it was her first day on the job) and the extravagant—and clumsy—gore effects during Anna’s murder sprees are just currying favor with the cheap seats. Kenneth Talbot photographed but the cameraman was hampered by a meager budget (the big finish is nearly ruined by a woeful replication of St Paul’s Cathedral interior). Nevertheless, Hands of the Ripper, with its inventive cast of characters and heartrending storyline, is the prize in Imprint’s Crackerjack box—it deserves a bigger audience. 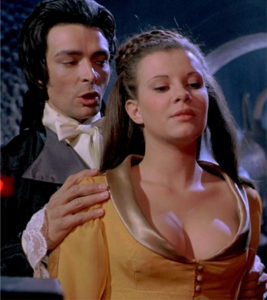 The summer of 1965 saw the alliance of two strange bedfellows—Hammer Studios and Hugh Hefner. While Hef rocked newsstands with a Playboy pictorial promoting Ursula Andress’s appearance in She, the Hammer film was bowing in U.S. theaters at the same moment. The pictures of the skinny-dipping Andress posing beneath a waterfall became fodder for late night talk shows and compelled Phyllis Diller to dub the actress “Ursula Undress.” The publicity was perhaps more helpful to the pocketbooks of the Swiss actress and the Chicago publisher than the movie company—but Hammer certainly saw a spike in new ticket buyers—the fathers of the kids who made up their usual audience.

In 1971 Hammer went back to the mansion for inspiration; the third film in their so-called Karnstein Trilogy starred two Playboy playmates, and twins at that; Mary and Madeleine Collinson were born in  Malta and left for London in their 17th year. Their fleshy innocence was like catnip to the tomcats (Madeleine was educated in a convent) and they quickly found work in low-rung skin flicks like Halfway Inn (directed by the soft core shutterbug Harrison Marks). When the UK edition of Playboy arrived in Hammer’s mailbox producers Harry Fine and Michael Style sprang into action: with John Hough directing, screenwriter Tudor Gates was charged with drafting a sexploitation twist on The Parent Trap called Twins of Evil.

The sisters play nice and naughty versions of themselves—Mary is the shy wallflower while good-time girl Madeleine haunts the castle of a local degenerate who also happens to be a vampire. Peter Cushing plays the twins’ uncle, the puritanical Gustav Weil, a kissing cousin to Vincent Price’s Matthew Hopkins of Witchfinder General. But unlike Hopkins, Weil is no religious hypocrite—he’s ready to behead his niece in order to save her soul. Still burdened by the death of his wife Helen in January of that year, Cushing seems ravaged—pale and out of sorts, his performance as the tormented Weil is too close to home to be truly enjoyable. 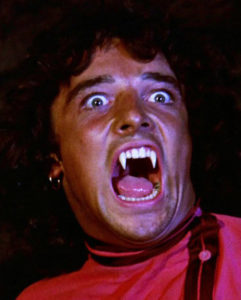 Most writers wish they could make do with just the title page for their work and that’s the present George Baxt was handed when Hammer purchased only the title for 1972’s Vampire Circus. And it’s a swell title, conjuring up visions of big top bloodsuckers and undead carny barkers. The actual movie tells a different story: with its stage bound circus tents and naked snake ladies, Robert Young’s film resembles a Russ Meyer take on 7 Faces of Dr. Lao. The film’s over-extended prologue, poorly staged and abysmally acted, is a harbinger.

A child is spirited away to a castle where the scenery-chewing vampire Count Mitterhaus and his spellbound girlfriend make quick work of the tyke before celebrating with a romp in the sack. They’re interrupted by villagers who stake the count, torture his gal pal, and torch the castle. Decades later the spirit of Mitterhaus accompanies a traveling circus which sets down in the neighboring hamlet where the performers, vampires one and all, use the audience as a smorgasbord. The imposing talents of Adrienne Corri are wasted and Young’s inexperience (this was his first film) is on full display.

The transfers for all four films are top notch with Talbot’s work on Countess Dracula the clear winner on all counts. The Australian company has worked overtime on the extras—some of the short documentaries have been previously released but there’s an abundance of new material as well, interviews, commentaries, the whole enchilada. The films may be subpar Hammer but for those interested in the history of the studio during the seventies, these extra-added attractions are an invaluable resource.

Here’s a complete list from Imprint’s site including information on the bonus disc, Flesh and Blood – The Hammer Heritage of Horror, a 1994 documentary directed by Ted Newsom:

Hands of the Ripper

The Devil’s Plaything: Possessed by the ‘Hands of the Ripper’ documentary

A new documentary, Satanic Decadence & The Legacy of Sheridan Le Fanu in Hammer’s Twins of Evil – A Visual Essay by Kat Ellinger (2021)

The Props that Hammer Built: The Kinsey Collection featurette

Interview with director John Hough, conducted by Marcus Hearn in 2013

Interview with Damien Thomas, conducted on stage by Wayne Kinsey

Double Bill Trailer (with Hands of The Ripper)

Presented on Blu-Ray, this film has been upscaled to deliver the best possible visual presentation of this documentary.