Haters gonna hate, and yeah, some folks will take, and have taken, their devotion to the Marvel Cinematic Universe to ridiculous lengths, in the same way that just about every pop culture phenomenon since Beatlemania has inspired people to do. But the likelihood is, if you’ve ever felt any kind of investment, however intermittent or intense, in the movies that comprise the Marvel movie franchise since the release of Iron Man in 2008, you’ll probably find Avengers: Endgame at the very least satisfying, and at the very most just about everything you could hope for from a grand, emotional summing-up such as this. It’s a movie that, for all of its bowing to spectacle and the interactivity of its universe, puts the characters that have come to populate that universe first and foremost, and it takes its sweet time honoring each and every one of them in a dramatically complete way. 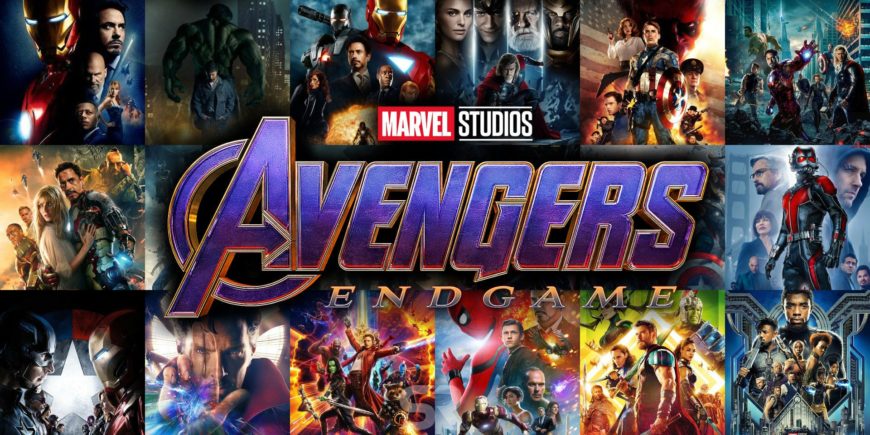 A:E bestows upon the concept of fan service– just a fancy 21st-century polish on the notion of giving the customer what they want, as far as I can tell– a good name for once, and the tears and goodwill it inspires are well and truly earned. (That’s as close to a spoiler you’re going to get here, so fret no further.) Over the course of the movie’s three hours and one minute, you will see just about everyone who’s ever appeared in one of those 21 Marvel movies in a heroic capacity before this epic has had its way with you. Yet for a movie that practically redefines the notion of an overstuffed narrative it’s never lumbering or graceless, and it’s the furthest thing from bloated— these 181 minutes felt like half the time spent watching any random mutt from the DC kennel or, dare I say it, the comparatively desultory Captain Marvel, or even the comparatively logy and scattershot prequel, Avengers: Infinity War.

And for all the good stuff going on inside of it, there’s room in the movie for a genuine surprise or two. No more than a half hour in I found myself astonished to discover that, though I suspected the general trajectory of what had to happen, I was pleased to also discover that I had no idea how the movie planned to go about achieving it, which allowed me to relax into the experience of seeing A:E like no Marvel movie had ever allowed. This final chapter caps a grand story in the style of and with the emotional depth of a real movie, with an intelligent construction and storytelling savvy that lifts it to the top of the MCU, where a real peak should be. It even leaves room amidst the chaos for introspection and encouragement, both for the characters who must contemplate their own destinies as well as that of the universe, and for the audience, who will return to the real world when the lights go up faced with more than one of their own Thanos stand-ins, on a personal and a global level, to deal with. 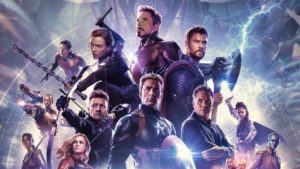 It may be that I’ll find Avengers: Endgame to be the turning point in my interest in further Marvel epics, though if the upcoming Spider-Man: Far from Home continues the lighthearted vibe generated by Spider-Man: Homecoming from two summers ago, I’ll gladly follow this new iteration of Peter Parker wherever he chooses to slings his webs. And the same goes for a new Guardians of the Galaxy movie under James Gunn’s restored tutelage– I doubt I could ever deny myself another dose of Dave Bautista’s Drax, and I needed more of him than what A:E ultimately provided. But that’s what’s magnificent about Avengers: Endgame– it has the finality of a truly satisfying epic that leaves you wanting more, while also leaving you with the understanding that more is not necessary.

To paraphrase my friend Christopher Atwell upon seeing the film last weekend, Avengers: Endgame should not be the occasion to bemoan the weariness of the film industry under the unwieldy burden of what might turn out to be this generation’s ultimate blockbuster. Instead, it marks the moment to celebrate the completion of a huge interlaced story very well-told, surely one not without its flaws and down-swings over 21 movies, but also one brought to a brilliant conclusion designed to captivate all but the most miserly and disinterested. Let me return to the well and steal the sentiment of yet another eloquent friend, a dear college professor of mine who once said of the conclusion of Nashville that if you can see the end of that movie without shedding a tear, you’re a better man than me. Regarding Avengers: Endgame I can only say, bring a box of tissues, Gunga Din. 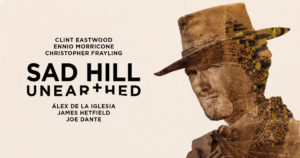 I’m not sure why it took me, of all people, to discover a documentary by the name of Sad Hill Unearthed (2017) on Netflix, but now that I have I must pass along my heartiest recommendation, especially if the films of Sergio Leone, The Good, the Bad and the Ugly in particular, mean anything to you at all. The movie begins with a title card: “In July 1966 the Spanish army raised a huge graveyard in Burgos. That cemetery had over 5,000 graves… and no one buried in them.” Dissolve to a shot of the Mirandilla Valley in Burgos, Spain, in 2015, nearly 50 years later, and an overgrown, but strangely beautiful patch of land, long given up to the ravaging care of nature.

It is, of course, the site of the famous cemetery showdown that concludes The Good, The Bad and the Ugly in whichClint Eastwood’s Blondie, Lee Van Cleef’s Angel Eyes and Eli Wallach’s Tuco converge in pursuit of treasure buried in an inconveniently unmarked grave. The location itself held such sway over a disparate group of the film’s fans, mostly residing in Burgos and surrounding villages throughout Spain and Western Europe, that in 2015 they took it upon themselves to restore the fictional graveyard to the original hardscrabble glory it enjoyed in the film. That’s the story Sad Hill Unearthed tells, and in addition to making you want to watch The Good, The Bad and the Ugly immediately after finishing the documentary, seeing this account of what it took to bring the land back into recognizable shape made me initially shake my head at the depth of their obsession, and then of course ultimately submit to it, in the process understanding an expression of the love for the film that is at once similar and also far more tangible than my own, one that literally gives back to the film’s fans and to the land where their obsession took shape. 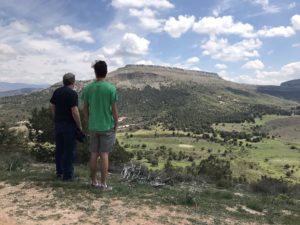 Once the restoration has been completed, there’s a screening of the film in the graveyard for those who worked so hard to realize this cockeyed and wonderful dream, and seeing Clint Eastwood looming over the location once again (in more ways than one, as it turns out) will fill the heart of anyone who might wish, as I did, that I could have been there, either then or perhaps someday down the line. This movie, a valentine to Leone’s achievement and to the people for whom it has become more than a movie– perhaps the movie– joyfully redefines fan service.