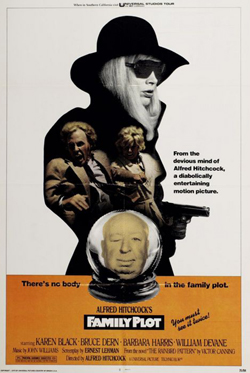 Although Alfred Hitchcock was working with Ernest Lehman on the script for a project titled The Short Night at the time of Hitch’s death, this light-hearted suspense thriller proved to be his final outing. In retrospect it’s not viewed as equal to his best efforts, but he was 77 when he made it and it’s actually a bit hipper than the preceding Topaz and Torn Curtain.