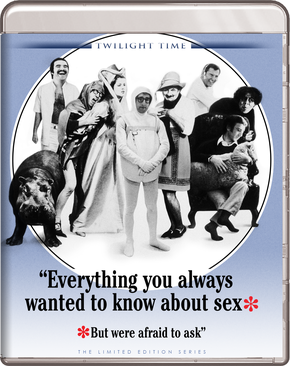 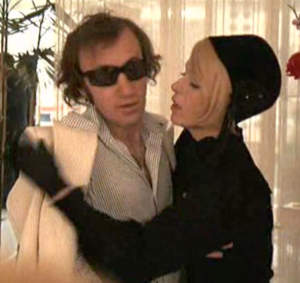 A how-to book for fledgling libertines, David Reuben’s bestselling Everything You Always Wanted to Know About Sex (But Were Afraid to Ask) was the kind of sex manual that could remain on the coffee table when the in-laws arrived. An everyman’s guide to the birds and the bees, it ambled through its range of racy topics, from sodomy, cunnilingus to, um, plastic surgery for the genitalia, with both commonsensical and alarmingly retrograde attitudes, dispensing its advice with all the excitement of an insurance agent’s visit. When Woody Allen was given the opportunity to adapt it, he wisely tossed out the “educational” aspect and went right for the gusto.

This was just Woody’s third film and its ambitious, elaborate conception could be seen as his first big test, the moment when he learned how to be a director. He aced the exam but with his new technical prowess he sacrificed some of the Hellzapoppin’ craziness of Bananas and Take the Money and Run. Nevertheless, the movie is constantly amusing and consistently inspired. But two segments transcend the film’s baggy pants inclinations, lifting what could have been just an amusing programmer to a higher plane of inspired lunacy. 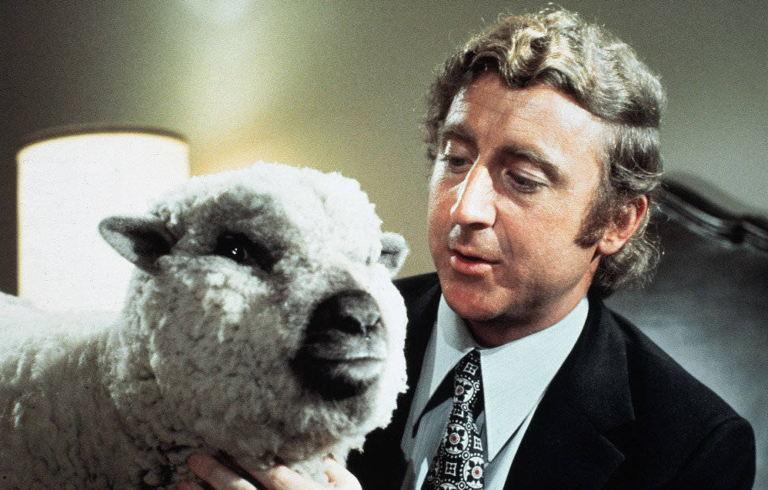 The provocatively titled What is Sodomy? owes as much to the Russian writer Nikolai Gogol as it does to Masters and Johnson. Gogol, who could make a preposterous premise not only credible but poignantly inevitable, haunts this tragic tale of a benevolent doctor (Gene Wilder) whose storybook family and sprawling home in the suburbs is the personification of an American success story. And much like the fatally flawed heroes of those Russian novels, the doctor’s kind nature leads to his downfall.

One morning an unshaven sheepherder appears at the doctor’s door requesting advice for the lovelorn; his favorite sheep Daisy doesn’t love him anymore. Rather than give the crazy old man the heave-ho, the doctor’s kindness compels him to invite the grizzled pervert and his pet into the examining room. Too bad for the kindly doc; the doe-eyed beast is a four-legged seductress whose come-hither baas have already laid waste to a legion of lesser men. The doomed doctor enters into a sordid affair with the fickle bovine only to suffer a humiliating fall worthy of Emil Jannings in The Blue Angel, a bottle of Woolite his only solace.

What Happens During Ejaculation? is Woody Allen’s over-literal interpretation of the age-old war between the big head and the little head. The story opens on an anonymous lothario engaged in the wining and dining of his latest conquest. But we never get a good look at this particular skirt-chaser because the film plays out from inside the unseen Romeo’s body. Allen visualizes this fellow’s anatomy as a vast, bustling factory, manned by industrious workers and their crew captains.

As our Don Juan gets ready to close the deal, those workers hop into action. Stationed in the top deck are the commandeers of the brain, Tony Randall and Burt Reynolds, barking orders and summoning their troops (that includes the grunts in charge of clearing out the pasta-filled stomach). Further south, beneath the kidneys where things are getting really serious, cowers Woody Allen himself as a nameless, nervous sperm, waiting in a long line of white-clad paratroopers, miniature astronauts preparing for a launch into the void to fertilize their destiny. 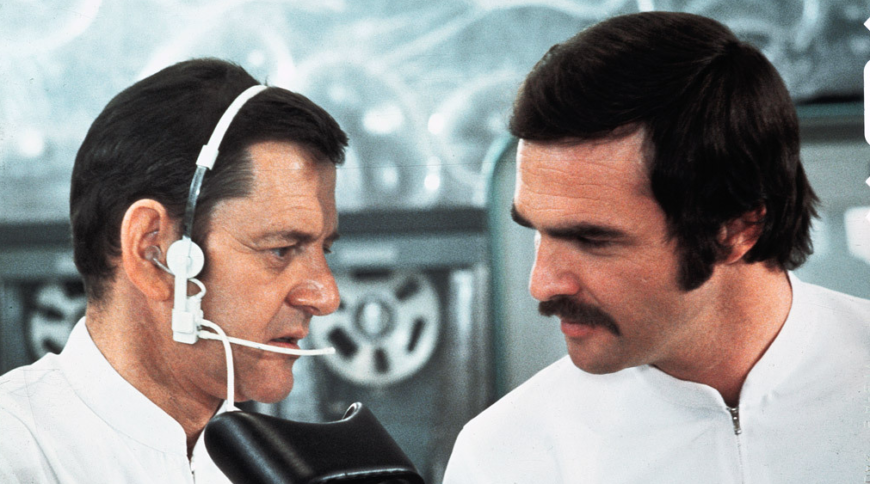 Beautifully designed by Dale Hennesy (who was also art director on Fantastic Voyage) and shot by David M. Walsh (Monte Walsh, The In-Laws) What Happens During Ejaculation? and What is Sodomy are perfectly realized fragments that exhibit a wide range of Allen’s formidable comic imagination. They also avail themselves of some particularly brilliant casting with the notorious fussbudget Randall and preeminent ladies man Reynolds (representing the left and right side of the brain) and Wilder’s sublime performance as the disgraced doctor who loved not too wisely, but too well.

Twilight Time has done a fine job bringing Allen’s film to blu ray. Walsh’s cinematography is sharp and the colors perfectly balanced throughout (no mean feat considering the different photographic approaches Walsh was tasked with, including a great approximation of a ’50s game show in What Are Sex Perverts?). Limited to a release of 3,000 discs, the supplements include a print essay by Julie Kirgo, three scene stills reproduction and a miniature reproduction of the movie’s poster.

Other extras include the theatrical trailer (with music from 2001!) and Mundell Lowe’s score on its own isolated track.