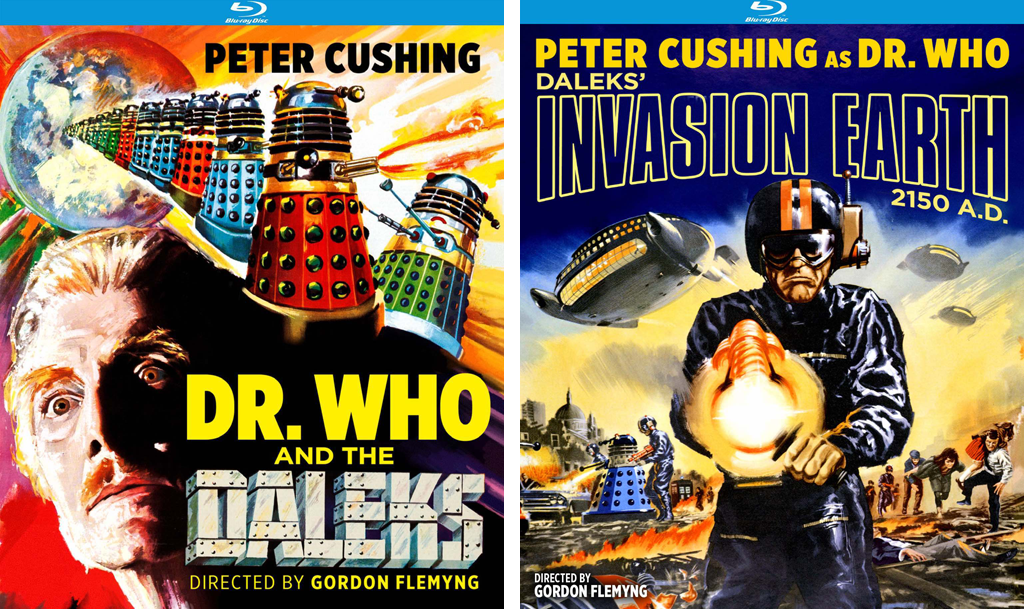 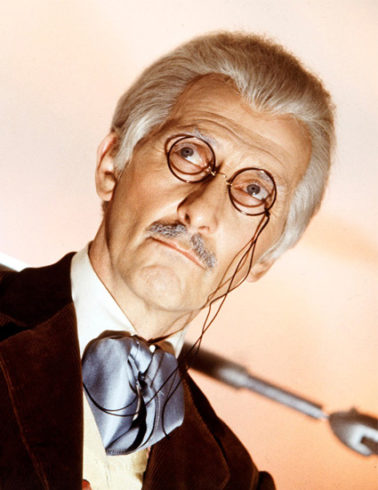 The story of Doctor Who turns on a distinctly British conceit; our hero, a grandfatherly type usually found puttering in the garden, is in fact an alien in human form who does his puttering in a time-traveling laboratory disguised as a police box—a notion Roald Dahl might have dreamed up during one of his rare good moods.

It premiered on BBC One, November 23, 1963, the day after the Kennedy assassination (the start of the show was delayed by news updating the tragedy). British character actor William Hartnell portrayed the first Doctor to man the controls of the cosmic phone booth, followed by Patrick Troughton in 1966 and Jon Pertwee in 1970 and on and on—Jodie Whittaker currently carries the mantle and made history of a sort as the first female Who (to be pedantic, Cindy Lou got there first).

Like Holmes with Moriarty, and Superman with Lex Luthor, Doctor Who was assigned a villain that reflected his own particular universe. They were known as Daleks, a mechanized army of short, cone-shaped robots with pincer-like arms that give them a sinister yet comical quality—pepper shakers designed by De Sade—and they became as popular with the show’s fans as Moriarty and Luthor were with their audience. In 1965, during Hartnell’s run, a big-screen Doctor Who crashed the party—this widescreen, Technicolor adventure was produced by Amicus Productions in a partnership with BBC-TV Productions.

Formed by Milton Subotsky and Max J. Rosenberg, Amicus came out of the gate with Richard Lester’s exhilarating It’s Trad Dad followed by a sophomoric teen comedy directed by Gordon Flemyng and stuck with a wretched title, Just For Fun (though it did boast Nicolas Roeg as its cinematographer). In 1965 Amicus found its stride with Dr. Terror’s House of Horrors, a multi-story horror film powered by a strong dose of E.C. Horror comics and a bit of Hammer on the side. Subotsky and Rosenberg’s relationship with the man who played Dr. Terror—Peter Cushing—might have lead to the decision to cast him in both Dr. Who and the Daleks and Daleks – Invasion Earth: 2150 A.D.

The plot of Dr. Who and the Daleks is as needlessly complicated as its execution is elementary but to get down to it: thanks to that space-traveling phone booth known as the Tardis, Dr. Who, his granddaughters Susan and Barbara, and Barbara’s boyfriend Ian are whisked away to a distant planet where they’re thrust into a war between a rebel band called the Thals and the fiendish Daleks. The Thals are human-like creatures who have fought against the bothersome robots for centuries and though the Daleks may seem unstoppable the Doctor has something they need; a chemical that will cure them of the radiation poisoning destroying their race. 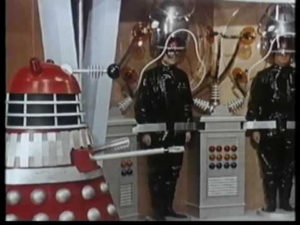 Daleks’ Invasion Earth 2150 A.D. was released a year later with much of the cast and crew intact but this sequel maintains a more apocalyptic tone than its light-hearted precursor: the Tardis blasts Who and friends into the year 2150 where the Daleks are in the midst of an invasion of London—from the looks of the bombed-out landscape, they’re doing a bang-up job—Jolly Old England is now naught but rubble and smoking buildings. Mankind is feeling the pinch too, they’ve been transformed into zombified servants called  Robomen—the Daleks use them for labor and other assorted errands (shades of that same year’s Plague of the Zombies, the Robomen also slave in mine shafts near where the Daleks monumental spaceship is parked).

Both films, directed by Flemyng and written by Subotsky, beggar comparison to another pop culture phenomenon from the same era—1966’s Batman which, like Dr. Who, was a big screen cash-in on the success of the small screen hit. Batman was directed by Leslie H. Martinson, written by Lorenzo Semple Jr., and starred the cast of the TV show, each, as usual, with their tongues planted firmly in their cheeks. This cheerfully shameless money grab shared the same low budget vibe of Cushing’s Who vehicles but made up for the impoverished production values by escalating its parody to absurd heights—all the better to match its big-screen proportions. It had a cheeky sense of fun that the two Daleks films can’t be bothered to muster.

Kino Lorber has done the best they can with such lackluster product. The transfer of John Wilcox’s oddly uninspired cinematography is just fine (Wilcox was responsible for the glorious black and white veneers of Carol Reed’s Outcast of the Islands, Val Guest’s Expresso Bongo and Freddie Francis’s Nightmare). Kino has kindly loaded the disc with excellent extras; Dr. Who and the Daleks features an audio commentary with author, critic, and bon vivant Kim Newman, screenwriter Robert Shearman, and actor Mark Gatiss. Filling out the bill is Dalekmania, a 57-Minute Documentary, an interview with author Gareth Owen, and a short feature, Restoring Dr. Who and the Daleks, and the film’s original theatrical Trailer.