Banished by Josef Goebbels and threatened by the Reich, the creative core of the German film industry found itself in sunny Los Angeles, many not speaking English but determined to carry on as writers, directors and actors. More than simply surviving, they made a profound impact on Hollywood moviemaking. 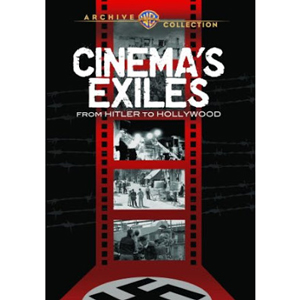 Cinema’s Exiles: From Hitler to Hollywood is the perfect docu to introduce people to the way film and world history are intertwined… and also to generate interest in older movies and classic cinema. Instead of a story about the making of movies, it’s about a fascinating group of filmmakers forced to abandon their country and start over elsewhere. Well-read cinephiles may wish for a little more detail, but even they will be impressed by the fine taste and good judgment of writer-director Karen Thomas. The film clips are so well chosen that even familiar movies seem refreshing.

Starting at the end of WW1, the docu charts the recovery of the mighty German film industry and its great achievements during the Weimar period. By the time Hitler came to power, many of the most successful and famous German writers, directors, producers and actors were Jewish; the Nazis kicked them out of their jobs when Goebbels nationalized the German studios by decree. Hollywood had been importing top German talent for years — Ernst Lubitsch, for example. Marlene Dietrich began making Hollywood films in 1930, and we see looking quite plump in her test footage for The Blue Angel.  But a flood of refugees left for Holland and France, often leaving behind fortunes and property. Some were lucky enough to go to America but others stayed behind for family reasons. Many felt certain that Hitler wouldn’t stay in power, or were in denial about his threats against the Jews.

About a third of the movie is an appreciation of specific films, from Fritz Lang’s silent spectaculars and his revolutionary early talkie “M”, to creative hits like People on Sunday, made by the young hopefuls Robert and Curt Siodmak, Billy Wilder and Fred Zinnemann. All four would end up in Hollywood, by different paths. The best part of Cinema’s Exiles is its concentration on personal stories. Sigourney Weaver narrates overall, but voice artists read from letters and diaries by the exiles in question. Each personal account becomes a matter of life and death. Composer Erich Wolfgang Korngold turns down an offer to work on The Adventures of Robin Hood but changes his mind when it allows him to take his family to America. Billy Wilder and Peter Lorre make the trip early, and must re-start their careers by learning a new language. We learn about the new German colony in Hollywood, and how it stuck together — the salon of Salka Viertel became a cultural center. Funds were raised to bring endangered Germans across the ocean and to help them survive while unemployed. Viertel, Lubitsch and others spearheaded the efforts, but we’re told of other individual acts of kindness.

The new arrivals would had to not be too ‘German’ in public, especially after war broke out. Some refugee stars did well and others not. Many would become minor featured players, and sometimes play Nazis in propaganda films. The very big German director Joe May didn’t adapt well to Hollywood and ended up running a restaurant, with his former socialite missus as the chef.  The only thing that kept the problematic Fritz Lang in the movies was his huge reputation — the docu shows that it took him five years learn to play well in the new system. But he did work hard to learn English right away, from comic books. Several years prior to that, Billy Wilder’s crash course in American lingo had started with the lyrics of songs that he liked.

It’s also great to see the fine efforts of agent Paul Kohner and his Mexican bride and movie star Lupita Tovar given such a thorough airing. The legendary couple organized special efforts to smuggle refugees.

As almost everyone covered in the show has passed away, Ms. Thomas uses relevant archived interviews that may have been filmed in the 1990s, such as One with Billy Wilder. Long-time Warners editor Rudi Fehr is on camera with a heartwarming story that began in 1929 when he decided to stop being a musician and work in film instead. Comic S.Z. Sakall and producer Joe Pasternak came over almost by a fluke, at just the right time. Mrs. Sakall’s diary reflects the awe with which some refugees regarded Hollywood — she’s convinced that Pasternak must be the only person in town with a pool in his back yard. Other people covered in some detail are Paul Henried, Henry Koster and Hedy Lamarr.

Cinema’s Exiles stays focused on the central issue – how did these expatriates get on in their new country, and what did they do when the war was over? Some exiles returned and others stayed. Billy Wilder set a film in the ruins of Berlin.  The show doesn’t get deeply into HUAC issues and the pushback against ‘premature anti-fascists.’ It also mentions only in passing the onerous actions of Congress, that made it so tough for fugitives from Nazi justice. Hollywood committees — later condemned as subversive — raised money to literally ransom refugees on a per capita basis. Although we learn about relatives lost to the Nazi regime, the show stays away from some of the worst horror stories, that of Kurt Gerron, for instance.  And a few rather big German talents that came to Hollywood aren’t mentioned because they don’t fit the profile of being forced to flee Germany. A concluding roundup of official naturalization papers shows a group of hopefuls posing for photos and using their birth names or legal names, like Maria Magdalena Sieber (Marlene Dietrich). For all her film image of glamorous languor, Dietrich was one of the most generous and helpful new citizens, supporting the war effort, entertaining troops, personally vouching for and supporting hard-luck refugees. 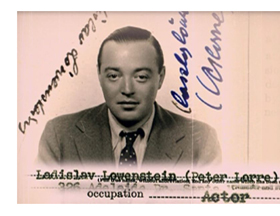 Director Thomas has found every scrap of film of Hollywood possible during this year to illustrate her story; she also has a bounty of what must be home movies by the refugees themselves. It’s fun seeing Ann Sheridan goofing off on the deck of a Malibu cottage, dressed casually for the beach and having a good time.

The entertaining and informative show is ultimately quite sentimental. It converts dry Hollywood film credits into flesh and blood people — hmm, immigrants — that were lucky to slip out of Hitler’s grasp. Casablanca, Double Indemnity and even Confessions of a Nazi Spy will never be the same.

The Warner Archive Collection DVD-R of Cinema’s Exiles: From Hitler to Hollywood is a good encoding of this winning docu, which originally screened, I believe, on PBS. Image and sound are fine; the show has a composer but also uses excellent vintage tracks, notably when explaining the music roots of composers like Miklos Rosza and Erich Wolfgang Korngold (classical) and Frederick Hollander and Franz Waxman (cabaret jazz). 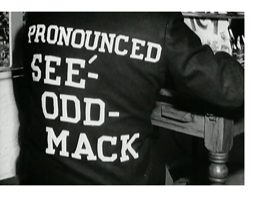 Many producing entities are listed but the film’s choice of clips may have been influenced by its main producer, Turner Entertainment. I’m guessing that Turner also supplied many of the archived interviews. It also makes heavy use of Wilhelm Murnau Stiftung film materials. Again, the choice and orchestration of clips is inspired. There are no other extras.

The docu just happens to use a piece of film personally important to me — a news film clip from the Hollywood Canteen of star Marlene Dietrich dancing with a man I later got to know fairly well. The smiling dancer is young Matthew Yuricich, looking darn good in his service uniform. He later became a famous matte painter. I met him on Close Encounters, where he mentored another very close friend, matte and special effects artist Rocco Gioffre. So that little newsreel clip feels like my own home movies. At Hollywood get-togethers where the crews were invited, Matthew was noted for ending up spending the evening with a movie star. He was better looking than many of the movie stars, that’s for sure. He even got his picture taken with Marilyn Monroe.