Cuba has just been opened up to Americans, but twenty years ago musician Ry Cooder saw to it that a vanishing music tradition was preserved for posterity. Wim Wenders followed up with this rough & ready documentary that became almost as popular as the best selling album of mambos, boleros and cha-chas. 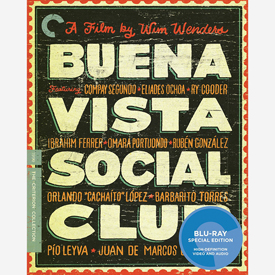 Looking for something new and invigorating, in the late 1980s Paul Simon collaborated with South African vocalists for a refreshing pop hybrid album that caused a sensation and enlarged the fan base for ‘World Music.’ In 1997 guitarist Ry Cooder produced a unique record of music from Cuba, specifically folk artists whose public forum had dried up with Castro’s revolution nearly forty years before. Cooder aimed to combine artists from Mali with Cuban talent, but the Africans’ visas didn’t come through, leaving Cooder to produce an album of straight son Cubano songs. The talent included club performers and stars from the 1940s and ’50s, some that hadn’t performed professionally in years. 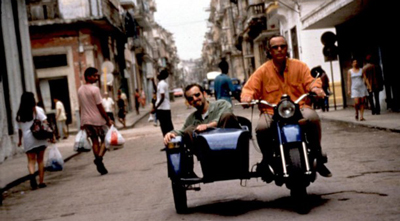 Ry Cooder had composed a soundtrack for the German director Wim Wenders, and was about to compose another. Wenders was such a music fan that he had extended his Until the End of the World into a three-movie trilogy to contain all of the songs that had been submitted by his musician friends. His Lisbon Story has a story, but is at least 30% a feature-length concert for the Portuguese group Madredeus. Wenders heard Cooder’s source tapes and immediately set up a feature docu.

In 1997 it was a lot easier for non-Americans to film in Havana. Much of the film was shot practically off-the cuff, using equipment not normally meant for feature work. They had one Digibeta camera and several consumer-quality mini-DVs. But Cooder did make sure that the audio for the music sessions in small studios and a larger space for a ballet school, was professionally recorded. The show took off in two stages. When the album hit, Cooder and Wenders followed the star performers to Amsterdam for a major concert. By that time the ‘Buena Vista Social Club’ had become a worldwide phenomenon, and more albums by the new BVSC stars were in the works. Few if any of them had ever been anywhere except Havana or the eastern Sierra of Cuba. Wenders put together a crew to cover that, and later a second major concert at Carnegie Hall. 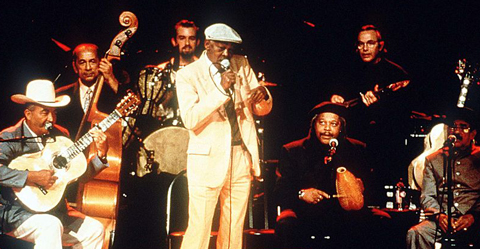 Wenders’ film combines the various video sources, intercutting performances with the voices of the performers explaining how they lived when the music fell out of favor after the revolution. We also see Ry Cooder and his son Joachim touring down Havana’s malecón on a motorcycle, and cruising through the narrow, broken streets crowded with ancient American cars.

The music is pretty magical, fresh and free, with upbeat rhythms (mambos, boleros and cha-chas) that pre-date the Big Band sound of popular Latin music imports from the late- ’30’s onward. The distortion of Latin music in the U.S. may have started back with the 1927 song ‘The Peanut Vendor’ (El Manisero). A popular 1930 Columbia record made it a worldwide hit, but a 1931 MGM movie called The Cuban Love Song represented it as a traditional tune predating WW1. The original composer wasn’t even credited. When troubadors are gone, their music can disappear with them. Had any of the Buena Vista Social Club group performers ever made a recording? 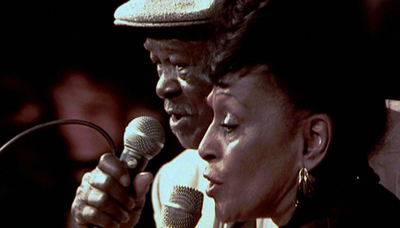 What makes Buena Vista Social Club so charming is the character of the performers, none of whom thought they were starting new careers, or that their association with Cooder and Wenders would take them to Europe and New York. First off, most are already in their seventies and some are much older. The marvelous singer Ibrahim Ferrer was literally shining shoes before he was invited to sing, and the rather grand Compay Segundo was working in a cigar factory. We hear stories of where the musical instruments came from. The amazing pianist Rubén González just loves to play — and normally has no access to a piano. He’s taped playing happily away in the Ballet Studio, while little girls stretch and pirouette a few feet away. The songs are charming and the singers are holdovers from another age. Ibrahim Ferrer shows us his tiny apartment with its altar for an African religious figure, plus the TV and refrigerator that his fame has provided. Ferrer’s lifestyle hasn’t changed; he used the proceeds from the album to buy refrigerators and TVs for his neighbors, too. Of course, Havana’s electricity for private homes comes and goes…

The concert footage in Amsterdam and New York cuts in and out and serves as a finale, but we also see one of the gentlemen walking around the Manhattan streets, as if he’s just arrived in Oz. 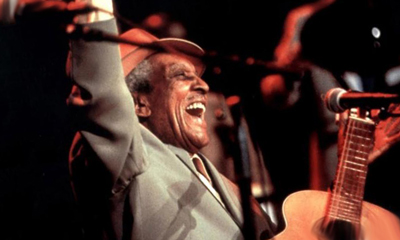 There was something of a critical blowback when Roger Ebert’s initial review complained about Wim Wenders’ restless cinematography and other issues. Ebert calls it ‘shaky cam’ but it isn’t really, and when one realizes how full camera crews would intimidate the performers (some of which came into the deal in a tentative way) Wenders probably did the right thing. Ebert was much more on the nose when noting that too much of the movie focuses on Ry Cooder. Nobody was sure at the outset what shape the show would take; at the beginning Wenders thought the show might need Cooder’s direct participation to interest an audience. As it turns out, the elderly Cuban gentlemen are so endearing and entertaining that Cooder and his son are just in the way. The son Joachim, who plays percussion on some of the music, gives a little talk, which seems wrong if they’re serious about recording indigenous music.

But as I say, the concept of what music to record developed as the project grew. Cooder’s steel guitar is expert and pleasant to listen to, but Latin audiences can tell that it doesn’t really belong. My South American relatives didn’t mind it a bit, and happily sang along with some of the tunes. Finally, Ebert complains that the performances are broken up with cutaways to other material, with interviews overlaid. This is less of a problem now, as people interested in seeing the movie have had access to the original album for twenty years.

In the final analysis the blessing of Buena Vista Social Club is that it recorded for posterity these men and their talent. Several of them passed away only a few years later. I’m surprised that Cuba’s own cultural establishment hadn’t documented them – was something about this music considered anti-revolutionary?

The Criterion Collection’s Blu-ray of Buena Vista Social Club is another restored and upgraded Wim Wenders film with a newer copyright. The original videotape sources have been optimized for HD. A lot of the mini-cam footage is of marginal quality, with visible stair-stepping on the image. For some reasons the battered city of Havana looks just fine seen in this way. Wenders is probably right when he says that using consumer cameras made a difference. As Compay Segundo or the songstress Omara Portuondo walk in the street, lightly singing, passersby stop to share a measure or two of song. An older lady says that she once danced at the original Buena Vista Social Club, back in the 1950s. Wenders confects some of his camera moves, especially when exploring an ornate vintage stairway, but these street encounters seem 100% impromptu, and not provoked by the cameras.

The video actually looks better than some U.S. features derived from mini-DV – European PAL video runs at 25 fps, which is closer to 24 for the HD conversion. On-screen motion is pleasingly film-like. The audio sparkles — it was all recorded on pro equipment. The disc includes a commentary and interview with director Wenders, who is unnecessarily defensive about the film quality and the involvement of Ry Cooder and his son. None of this would have happened without Cooder, and many viewers may not even notice his presence with the Cuban musicians. It’s not like David Byrne’s hybrid albums, which use Latin American rhythms and orchestration, but do vocals entirely differently. Wenders shares warm stories of how the musicians and ordinary Cubans endeared themselves to him and his tiny crew. His POV does seem a little condescending — he’s overwhelmed that such simple people can be so decent and unselfish. There’s plenty of us out here on the other side of the VIP ropes, Wim, even in decadent Los Angeles. 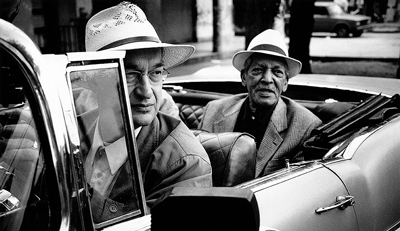 We also get a great interview with Compay Segundo, and radio interviews with some of the other musician-personalities. The additional scenes turn out to be uncut performances of two of the songs. Wim may have included them in response to Roger Ebert, whose original review complained, “If the movie comes out on DVD, I hope the other side contains bonus concert footage.”

The insert essay includes a thorough and informative essay by Joshua Jelly-Shapiro. I hope I got most of my facts correct here. The Buena Vista Social Club was nominated for best feature documentary, but lost to One Day in September, about the massacre at the Olympic Games in 1972.