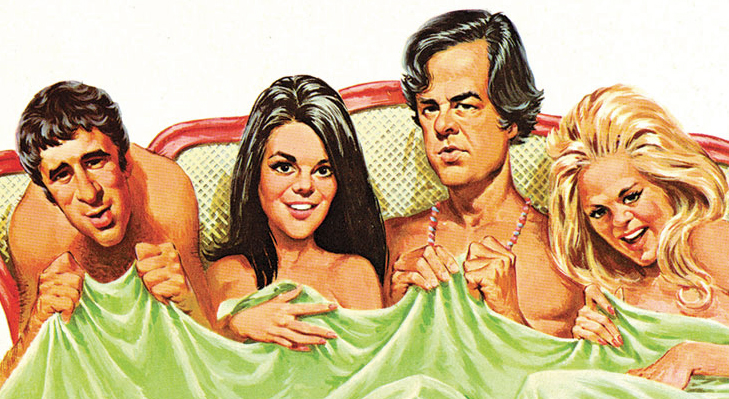 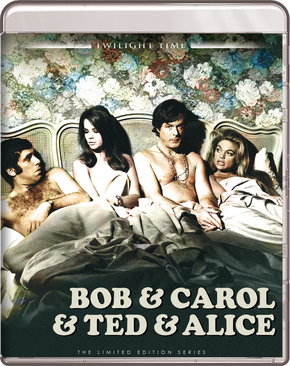 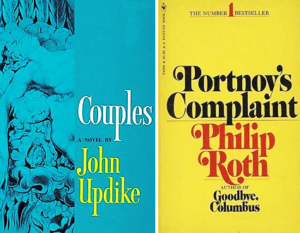 As it stumbled toward that decade’s finish line, 1969 found much of the counterculture in pursuit of a new Age of Aquarius (Fonda and Hopper were famously “searching for America” in that same year’s Easy Rider). Self help centers servicing those troubled souls began to spring up around the country but the Esalen Institute, established in the early 60’s, was Ground Zero for American navel gazers.

”The Institute” is where we first encounter Bob and Carol (Robert Culp and Natalie Wood), two jet-setters with a bohemian streak. They’re instanty seduced by the school’s Woodstockian vibe and its uninhibited inhabitants, like the nude sun worshippers meditating alongside the oblivious codger engrossed in his New York Review of Books.

Eager to see the light, Bob and Carol immerse themselves in the center’s soul-baring sessions; daily psycho-dramas that depend on unbridled weeping, sympathetic caresses and puppy dog stares. Born again, they take their newfound religion and go forth, proselytizing to anyone in their path. That includes Ted and Alice (Elliot Gould and Dyan Cannon), their best friends and designated victims.

Ted and Alice are everything the pleasure-seeking Bob and Carol are not; in the bedroom Alice hides behind floor-length nightgowns concealing her curves, Ted wears shorts beneath his pajamas and sex is something reserved for special occasions – like an anniversary or President’s Day.

Gould dominated the 70’s with his shambling hipster aplomb so his Portnoyesque turn as a frustrated nebbish might be a revelation to some. His performance fuels most of the film’s comedy and, in the fractious bedroom scenes with Cannon, much of its pathos.

While Ted and Alice wrestle with their inhibitions,  Bob and Carol are racing to shed their own, indulging in hollow one-night-stands the details of which they eagerly share with their dumbstruck friends. Galvanized by Bob and Carol’s enthusiastic bed-hopping, the sex-starved Ted jumps on the bandwagon with his own hit and run infidelity prompting Alice to suggest an endgame, a foursome played out under the sheets in a Las Vegas hotel room. 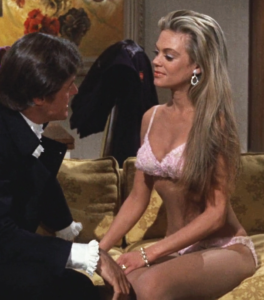 Mazursky, schooled in improvisation, gets the same raw emotion from his actors that one of Esalen’s gurus gets from his flock. Fortunately the cast is good enough to make the most of that freedom; Culp’s perennial West Coast smarm was occasionally off-putting in his many TV appearances but as a shallow but sincere swinger he is peerless. The real ringers are (then) newcomers Gould and Cannon, whose bedroom free-for-alls, beginning as slapstick and ending in bruising emotional meltdowns, are the unhappy heart of the film.

The movie begins with a face to face encounter at Big Sur and ends with a reenactment of that moment in a Las Vegas parking lot. Serenaded by What the World Needs Now Is Love, the scene ends this lacerating comedy on a surprisingly gentle note and is quite moving in its transparent optimism. Praise be to Mazursky for leaving cynicism at the door. 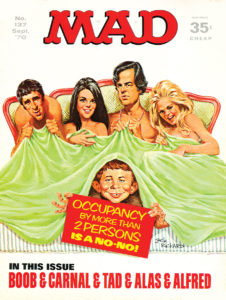 Mazursky’s film certainly had its time in the sun; Mad Magazine mocked it with an enthusiastically sophomoric send-up and the movie bore responsiblity for a cavalcade of like-minded but low-rent romps that flooded the grindhouse (including Mack Bing’s All the Loving Couples and Stephanie Rothman’s Group Marriage). Though Mazursky’s broadside left audiences shaken and stirred in 1969, it’s even more gobsmacking to find that it was reinvented in 1973 as a TV show (notable for the appearance of a young Jodie Foster, the show was cancelled after an ignominious two months.)

Twilight Time presents Mazursky’s satire with a lovely high def representation of Charles Lang’s Oscar-nominated cinematography – a rather odd nomination considering this is one of the more prosaic efforts of the cinematographer who lensed atmospheric classics like The Ghost Breakers and The Uninvited.

Twilight Time’s supplements include a new audio Commentary with Julie Kirgo and Nick Redman and a previously released audio commentary with Mazursky, Culp, Gould and Cannon. The disc also features Quincy Jone’s score on an isolated track. Wrapping up the package is a 2007 conversation with Mazursky recorded at the Lee Strasberg Studio, Tales of Bob & Carol & Ted & Alice.

A post script concerning the Usual Gang of Idiots – Jack Rickard painted the cover art for that issue of Mad while Mort Drucker handled the interior illustrations, a few samples of which can be found here.