Remember Tower Records? The saga of the massive brick & mortar music retailer is a great story with marvelous characters. When you meet founder Russ Solomon it becomes obvious why the store clicked — the guy knew how to turn music-brained hippies into motivated collaborators. With good extras… this docu generates genuine Good Vibes. 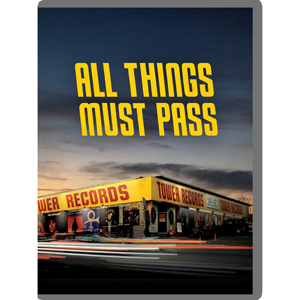 If you lived in a city with a Tower Records in the 1970s, it was something of a landmark — the one sure place to find music you were looking for. My contact with Tower was as a long-haired square from UCLA with no money, snooping foreverr before choosing some single item on sale, like a stereophonic soundtrack for Master of the World. Milling through the long store aisles night and day was every music fan in Southern California. Located dead center on the Sunset Strip, tucked under the Hollywood hills, Tower was adjacent to every form of show biz. It wasn’t unusual to see rock stars there, buying stacks of records. One wondered if they were ever opened. You’d be looking at something and discover you were next to some guy decked out in fancy fashions, love beads and what looked like $200 dark glasses. Maybe he was a musician or a record producer, or a film director. Or maybe he owned a car wash, and dressed like that to pick up women. 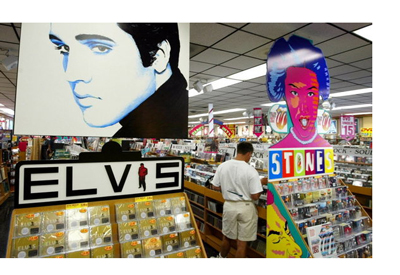 The documentary All Things Must Pass: The Rise and Fall of Tower Records tells me everything I didn’t know about the record store at the top of the hill. By the 1990s I was more frequently across the street at the Tower video store annex. I have to say that when the main store closed I hadn’t been buying music per se for years.

Director Colin Hanks relies on terrific new interviews with the owners and staff of Tower, many of which are still with us. All look back on the experience as if it were a dream come true. When the beloved founder Russ Solomon was on NPR last year promoting the docu, he sounded like such a nice guy that my curiosity was tweaked. Tower Records began as a side business in a pharmacy in Sacramento. The name was derived from a Sacramento movie theater that shared building space with the drugstore. The pharmacist’s son became enthusiastic about selling records and had a knack for making the store a hangout for kids.

Russ is a good camera presence, and when he explains the growth of his company it sounds like The American Dream crossed with best of the Fun ‘Sixties. The store flourished when boomer kids – the first generation of middle-class teens with disposable income — turned from 45 rpm records to LP (long playing) 33 ⅓ albums. An album could carry more attractive artwork, and could become a collectable item. With The Beach Boys, Solomon says, album sales took off among kids. They cost between two and five dollars, which wasn’t pocket change back then. But having been there, I can vouch for a common thing in my teen years. When I showed up at various friends’ houses to play, more often than not we couldn’t use the living room because older sisters and their friends were listening to music on the family stereo, usually with albums spread across the floor. All those cute girls are now pushing 70.

Russ was no financial genius but he had drive to spare. The family CPA held up the business end while Russ went wild. On a fling to San Francisco with a girl he had picked up, Russ saw the property he wanted for a bigger store. When it opened it was an immediate success. Tower stocked everything, like a supermarket of music. I looked at soundtracks but you could wander in searching for children’s records, and the staff would take you seriously. He hired kids and paid them little. Because he had no dress code, he got music lovers as enthused as he was. The company exploded around 1970 when the Sunset Strip store opened. Its proximity to The Biz made it the haunt of executives and rock stars. An in-house art department decorated the store with exclusive, giant album-related displays. Bruce Springsteen is on camera talking about coming to L.A. for the first time and dying to see his album honored in this way. Elton John waxes sentimental as he remembers dropping by with his chauffeur, buying mass quantities of records — three copies of some of them, to put in his three houses. The company published its own magazine, Pulse. 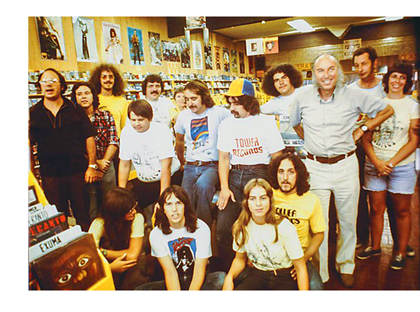 The best material in the show are the memories of ex- Tower staffers. Solomon had few rules, an arrangement that suited the kinds of, um, free souls that were into music — really into music — in the 1970s. Besides having no dress code, the only hard & fast rule was that they had to show up to work. All kinds of crazy behavior, drinking and drug parties in the back room, etc., but the group was self-policing because Solomon gave them the freedom and was just as much of a party guy as they were. He must have been an inspiration because the stores ran efficiently and creative employees were promoted. When stores opened in New York and Tokyo (an unexpected smash) the managers and buyers that made them happen had ‘come up’ in the company through promotions. One early employee mentions that a neighbor in his apartment building practically invaded his apartment when he saw the huge quantities of promo records. He got the freeloader Tower job, just as a way to get him out of his hair.

These were fun times for these staffers, who sport huge smiles and sometimes tears as they recall what things were like. The music industry was also at the center of the controlled substances subculture. Former executive Heidi Cotler shows us a budget sheet for the store, which lists an entry called ‘Hand Truck Fuel.’ Hand trucks to cart those heavy albums around don’t use fuel; the white powdered fuel was for the stock person. But things were apparently never too crazy, for I don’t recall smelling dope around Tower, as was the norm anywhere in West Hollywood, or Westwood or UCLA. Or, like I said above, maybe I was too straight to have seen discreet drug use when it was in front of my face.

Tower became a cornerstone of the music industry, in that representation there was taken as one proof than an artist had arrived. The money flowed like water. The top executives bought a new Ferrari every year, but the loyal and productive employees were rewarded as well. When CDs came in and the price of a new music album doubled overnight, the company was able to expand across the country and overseas. The Tower Records Company became huge, perhaps too huge, but it was never greedy like the music industry it served. CDs were actually cheaper to manufacture than LP’s… but the retail prices remained grossly inflated. 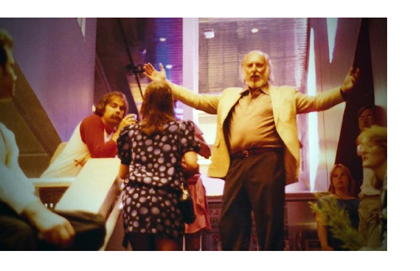 Solomon was the right guy at the right time to take a flyer on trends that nobody knew were coming. His loyal staff initiated ideas that are now the norm, like in-store events and even concerts. The Tokyo store was the first retail company in Japan, owned and operated not through Japanese partners, but directly by foreigners. Other stores stocked the hits and stayed much smaller, even the Wherehouse chain. You didn’t just shop at a Tower, it was a stopover event, an activity destination. Snoop about, look at the displays, check out the prices, see what albums were stacked a hundred tall in the aisles, and in an hour you’d have an idea where the music world was at. I personally felt alien to most of it — I remember seeing a counter display for the movie Tommy that played a loop of scenes on Super-8, with a tinny little speaker. That idea clearly didn’t catch on.

The party lasted almost thirty years, and when the end came Solomon and his cohorts weren’t prepared. All this means is that for the finish they wasn’t as smart as they had been at every other stage of the business. But one really can’t point to any wholesale incompetence or stupidity. Solomon didn’t know in 1962 that music would become a top purchase item, for kids with money, and he didn’t predict that in 2000 the Internet and Napster would pull the rug out from under brick and mortar retail. The ‘All things must pass’ title comes from a sign placed on the original Sacramento store when the ax fell. All Things Must Pass: The Rise and Fall of Tower Records will of course appeal mainly to people like me, who frequented Tower without realizing that it was a part of my life. The personalities we meet remind us of the best of ’70s life — friendly hipsters interested in good times. Russ Solomon comes across as a great guy. His on-camera presence is pleasing, and the devotion of his former employees seals the deal — they can’t talk about him without smiling.

Just to show you the extremes of hipdom and squareness in 1970 So. Cal., the Sunset Tower Records store took over a property run by Madman Muntz, of the ‘Muntz Stereo-pak’, an alternative proto car stereo format that used 4-track tape cartridges instead of eight track tape cartridges. Come on over and help me dig through my garage, and we’ll set up my old 4-track player. It might still run. I’m a proud owner of the Edsel of music formats.

FilmRise’s DVD of All Things Must Pass: The Rise and Fall of Tower Records is an excellent encoding of a handsomely mastered show. The new interviews are beautifully filmed; it appears that one closed store was still unchanged and unoccupied, for the docu has some very nice footage in which the camera cruises through the doors, stares at the empty space with the places for artwork on the walls, etc. Tons of great photos show us what the staff looked like and how they dressed, and there were always publicity photos for big events. We get to see Russ Solomon’s sideburns grow until he looks like a banker from colonial times… a banker living it up chasing women and enjoying life to the hilt. We see TV promotions — ‘hip’ graphics from the ’70s can look pretty tacky — and news film from store openings that come across as regal occasions. The disc is also available as a Blu-ray.

The soundtrack begins and ends with the noise of a phonograph stylus hitting a groove — when my grown kids play my old records, they prefer that I drop the needle. High praise for the docu: although it hasn’t licensed many big hits, we don’t feel the absence of a wall-to-wall pop music track. The show is that interesting on its own.

The disc has a pile of fun extras, some perhaps extracted from outtakes. The most amusing is about a store promotion in which a (really big) elephant was brought right onto the sales floor. Russ and one of his former managers argue about whether or not it relieved itself inside. Who thinks about those things when you’re having fun?

Director Colin Hanks is indeed the well-known actor from The Good Guys, Roswell and of course the 2005 King Kong. He should keep directing, he’s good.