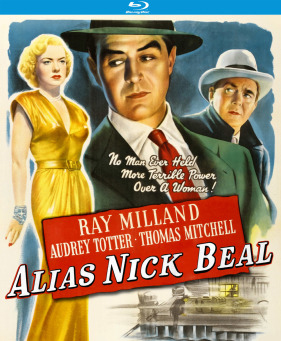 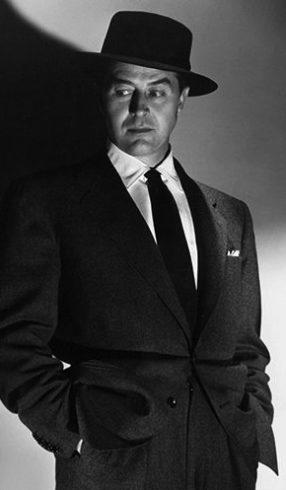 The most sinister light comedian in Hollywood, Ray Milland was never more charming than when he was fixing to cut your throat. In John Farrow’s Alias Nick Beal, the actor dropped that two-faced mask to play an unambiguous villain—Nicholas Beal, a well-tailored but malevolent entity who makes his first appearance from behind a curtain of fog. As we begin to understand the tricky Mr. Beal, we realize that it isn’t fog swirling round his shoulders, it’s sulfur, billowing up from a pit of brimstone. Unfortunately Joseph Foster, an ambitious district attorney, understands it too late. When Foster decides to run for governor, Beal materializes to offer his own kind of campaign advice. Beal’s plan comes with a high price tag but he makes good on his promise; Foster wins the race but loses his soul, signed away to the Prince of Darkness for services rendered.

Played by Thomas Mitchell, Foster is a right-thinking lawyer whose conscience is co-managed by his wife Martha, a resolutely decent woman and the backbone of their marriage—in her husband’s weaker moments she also functions as his spine. Together they make for an upstanding couple without a hint of hypocrisy—perfect targets for a devil like Beal who just can’t abide such wholesomeness. Beal has a woman in his life too, Donna Allen, a professional girlfriend whose companionship he purchased one night at a local dive. Like the politicos swarming around Foster, Donna is used to being bought—she’s a barroom pick-up with little thought for what tomorrow may bring, the polar opposite of Martha. Though Beal and Foster top the bill, it’s Martha the Good and Donna the Profane who constitute the real heavy hitters in this Faustian grudge match. 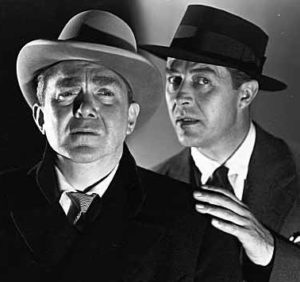 Screenwriter Jonathan Latimer based his unusually fine script on Dr. Joe Faust, a short story by pulp specialist Mindret Lord (the elusive writer tapped out a string of cheesy potboilers like Hostage to Pain and The Butcher’s Eyes before, inexplicably, being assigned the historical drama, The Virgin Queen). The screenplay is peppered with winking notions—like the little messenger who appears the instant Foster nonchalantly offers up his soul—is the tyke one of Beal’s minions or the shape-shifting monster himself? And there’s the mobster played by Fred Clark whose name, “Frankie Faulkner”, is a nod to that writer from the south slumming across town at another studio. Farrow contributes his own sardonic sleight of hand—the moment Beal suddenly appears—like black magic—behind one of his victims (curious viewers: be sure to keep your finger on the rewind button.) 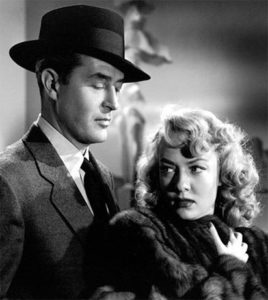 But generally Farrow directs this moralistic melodrama in deadly earnest—the result is a stately horror film steeped in the fatalistic noir tradition. There’s no levity ala Damn Yankees—though the sad backstory of the leggy vamp Lola resonates in Donna’s tragic character. Milland eschews the charm offensive typically employed by Old Scratch—Beal is a bully and a blackmailer, a demonic thug who learned the ropes from Warner Bros. crime pictures. Farrow relies on composer Franz Waxman to seal the deal, unnerving our eardrums with a dirge-like score that makes his Bride of Frankenstein music seem positively chipper (well, James Whale’s masterpiece is equal parts comedy and thrill ride, so there’s that.) Obviously, as good as Milland is, he can’t be the soul of the picture—not when he’s constantly bartering for one. There are actually several good souls to be found in the cast list, and one in particular is in desperate need of saving—Donna herself played by Audrey Totter. Totter’s turn as the tortured prostitute who assumes the role of Beal’s bespectacled bookkeeper-cum-seductress is a near-great performance—she appears haunted long before Beal shows up. Their relationship is a portrait in miniature of every mob boss and moll in the echelon of gangster movies. 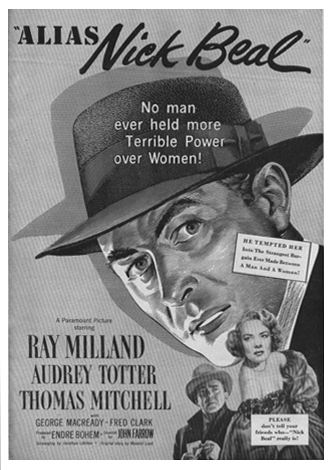 Special attention should be paid the actress Geraldine Wall, who plays Martha. Wall was consigned to the sidelines through much of her career but here she’s—quite literally—the guiding light. If Beal were looking for a soul to steal, he’s barking up the wrong tree with Mrs. Foster; her spirit is impervious to the dark side thanks to Wall’s resilience—she’s the one character in Alias Nick Beal whose head is screwed on good and tight.

Kino Lorber has just released this much sought-after gem on Blu ray, a favorite of both horror and noir fans that has been missing in action for a long time. Would that the wait paid off in a beautiful transfer of cinematographer Lionel Linden’s finest work—but the image is distressingly subpar. Thankfully the movie is so compelling that a forgiving audience can ignore the flaws for 90 minutes—but to speak in the vernacular of Mr. Beal, it’s a damned shame that the spooky grandeur of Linden’s work is lost. Not lost is Eddie Muller, preeminent noir expert who drops by with a feature-length commentary for the film. Also included are a healthy helping—eight in all—of Milland movie trailers offering a neat summation of the actor’s life in film—everything from The Lost Weekend to X-The Man with X-Ray Eyes. Intriguingly, the trailer for Nick Beal stays mum concerning the supernatural aspect of Milland’s character.