Most people smile just at the mention of this show … nothing is more healthy than an old fashioned laugh. Zucker, Zucker & Abrahams’ non-stop joke fest finds good fun in movie spoofery without malice, and is populated by a squadron of old pros that once made the originals fly right, no matter how clunky they were. All hail Leslie Nielsen, Lloyd Bridges, Robert Stack and Peter Graves, the veterans of countless ‘keep a straight face and pretend it’s serious’ groaners. It’s a 40th Anniversary new restoration. Now, finally, do I park in the red zone or the white zone? Nobody argues with Funny — funny is funny, and that’s that. I’m not going to spoil a single gag in this picture… fans of the movie can remember every last joke, but we know they’ll laugh even if they’re seeing it for the tenth time.

Who doesn’t like Airplane! ?  Forty years after disco died it’s still hilarious, even if one must now explain what Hare Krishna people did at airports, and what strange thing that guy is doing to Peter Graves’ credit card outside the cockpit window. The film’s sex and race-centric humor is so basically sweet, it flies under the PC radar. And don’t forget Otto, the happy pilot with an inflated sense of himself.

Comedy is the hardest kind of show business to pull off, yet every vaudevillian knew what worked and what didn’t. By the end of the 1970s we’d been inundated with every kind of slick skit humor, put-on cultural reference comedy, political sarcasm and college-grade raunch. Thanks to Monty Python, silly was once again funny. The runaway success of 1980’s Airplane! has been chalked up to a trio of inspired writer-directors going in uncharted directions. The chief inspiration for Airplane’s scattershot, non-sequitur parade of visual gags is usually pegged as Mad magazine. Bill Gaines’ wild humor magazine doted on crazy movie parodies right in its first issues: Ping Pong!, Flesh Garden, Superduperman! Silly gags and visual puns came on so fast that giddy paroxysms were the result. No individual joke had to make sense for longer than the time it took to read it.

Perhaps the apex of this kind of insane comedy actually preceded Mad magazine. The now-obscure Hellzapoppin! is a 1941 ‘Olsen and Johnson’ variety comedy thirty years ahead of its time. You may think it’s altogether too fast for its own good, and it certainly started no trends. Most audiences of 1980 had never heard of Hellzapoppin! but they did know Mad and the spirited movie spoofs on Carol Burnett’s TV show. But most parody humor is short-form — the average spoof tends to sag as soon as the basic joke wears out its welcome. Parody can easily be too hip for the house. It can get lazy or outsmart itself by being so clever that it forgets to be funny. Recent attempts at outlandish comedy hadn’t done well, as witness the gargantuan 1941 and the likable The Big Bus.

The Airplane! comedy concept was not easy to sell. Zucker, Zucker and Abrahams of Kentucky Fried Theater fame spent years steering their goofy airplane movie through a series of studio rejections. Nobody ‘got it.’

The only point of this synopsis is to show that Zucker, Zucker and Abrahams’ free-for-all farce does have a plot skeleton. Distraught ex-fighter pilot and taxi driver Ted Striker (Robert Hays) boards the plane of his girlfriend/stewardess Elaine Dickinson (Julie Hagerty), hoping to convince her not to leave him. Unfortunately, a catastrophic mid-flight food poisoning incident leaves the plane without a functioning crew, or pilot. Ted must steel himself to take responsibility for landing a kind of plane he knows nothing about. But first he must overcome a crippling neurosis stemming from his traumatic wartime failure in the big Raid on Macho Grande. Umm … some crop up along the way.

The movie references are classic-eclectic. Everyone knows what Jaws and Saturday Night Fever are but it will also help if you’ve seen old shows like Since You Went Away and From Here to Eternity. Unintentionally hilarious melodramas and genre pictures were a major cultural undercurrent in the ‘seventies, a spinoff of ‘camp’ perhaps. Ed Wood was just being rediscovered. But the search for a consistent font of they-can’t-be-serious plotting and overwrought performances led the Zuckers and Abrahams toward an odd subgenre, the in-flight disaster epic. The High and the Mighty, The Crowded Sky and Fate is the Hunter were part of the first wave, and the big hit Airport had initiated a flurry of new disaster-related aerial soap operas.

But the exact template for Airplane! is the unbelievably corny Zero Hour! ( ↑ )  The 1957 would-be nail-biter has the exact same plot and even some of the same character names. The Zuckers caught it on the Late Show and were struck by how idiotically it played, as if it had been planned as a comedy all along. Sterling Hayden, and Dana Andrews hit the dialogue hard, and externalize their inner tension so strongly that they look psychotic. Audiences of 1980 assumed that Airplane! was riffing on the Airport jeopardy franchise, that was hitting its own levels of absurdity. But it’s really an expanded remake of Zero Hour, right down to camera setups and exact dialogue lines.

Airplane! has a firm handle on great, silly gags that work by virtue of pure recognition value. It was as if we had been taking these old pictures semi-seriously for decades without realizing that they’re hilarious. Mixed in is a constant flow of goofball left-field cartoon gags, of the surreal Tex Avery school of absurdity. But the stars play their roles straight, even when Robert Stack runs a gauntlet of solicitors entering the airport, fighting like Sgt. Rock for every yard gained. Airplane! shows us how to stop worrying and admit that we really love dramatic clichés.

It’s gratifying to see our most dependable straight men dish out this twisted dialogue with such bad-movie precision.

The reality of much of old Hollywood was less a ‘Dream Machine’ and more of a factory-shop. To make average ‘programmers,’ journeymen actors showed up each day with their scripts memorized. Men like Lloyd Bridges, Richard Denning, Dana Andrews, Frank Lovejoy, and Arthur Franz were hired because they could dish out long passages of lazy exposition and make it understood. It takes skill to give flat, stern exposition lines the kind of earnest import they need. These guys’ stock in trade was unflappability. They hardly ever blew a line. If a truck were to crash through the stage wall they’d likely remain in character until the director said ‘cut.’ In big films, these actors worked hard playing second-banana functionaries while the stars read the easy lines and hogged the camera attention. Only big stars could have egotistical ‘motivation difficulties.’

There’s little or anything improvised about Airplane!  It’s not throwaway humor with actors doing whatever they want. Lloyd Bridges and Robert Stack keep straight faces despite the provocations of Steven Stucker’s control-tower queen Johnny Hinshaw. Peter Graves gives every absurd dialogue line his patented 100% sincerity sales push, even when he’s hitting on a nine-year-old boy. Best of all is Leslie Nielsen’s doctor Rumack. As a dramatic actor Leslie Nielsen had been cheerfully unexceptional in just about everything he did — Forbidden Planet, The Opposite Sex. See his screen test for Ben-Hur sometime. Even though he was reportedly a chronic, irrepressible practical joker in person, Leslie Nielsen eventually found his place as colorless television baddies, making the stars look good. As if built for comedy parody, Nielsen’s sense of timing and finesse with ridiculous material turned out to be the beginning of a glorious second career, in a takeoff TV series in the Airplane mode, Police Squad!, and from there to the Naked Gun movies.

These guys instinctively knew what the Zuckers and Abrahams had in mind, or at least most of them did. As reported in the extras, when Bridges asked Stack how a joke was going to work, Stack said, “Lloyd, we are the joke.”

With this background, all that the charming Julie Hagerty and Robert Hays need do is be sincere and underreact to the provocations of 1001 absurd jokes, gags, breakaway sets, water dump tanks and disco fever nonsense. But they’re just fine on their own — we like their personalities and accept their silly personal proclivities. With no 100% straight characters, Airplane! forces us into Abrahams and the Zuckers’ crazy cartoon world. We love the picture.

Paramount Presents’ 40th Anniversary Blu-ray of Airplane! has a spiffy new transfer that reenergizes the screen, with its bright TV-movie colors and clever miniature effects. Older dull transfers can now be forgotten. The dirt everybody noticed on earlier editions has been cleaned away.

They’ve organized the extras very well. The new interview piece with Jim Abrahams, David Zucker and Jerry Zucker is entertaining in itself — they tell the story of the making of the film from a greater distance, and it helps. They say they directed their actors with the words, ‘don’t act like you’re in a comedy.’ The piece is only nine minutes long, so it’s not like some extras that go on as long as the feature. As was always the case with Paramount, there are no credits on the video.

Just before COVID arrived Airplane! was revived for a special screening at the Egyptian. The post-screening Q&A is presented here with the same co-writers – co-directors. The biggest issue with the studio seemed to be getting anybody to understand how it would work, a comedy with no comedians, just four guys who were no longer current, even on television. The makers did take out a couple of jokes on the basis of taste, like an ‘Air Poland’ gag. And they finally say that Airplane! is an acknowledged adaptation of Zero Hour!  The Q&A piece is 43 minutes long and very amusing — these guys haven’t lost their sense of humor.

On the setup menu is the older 2006 commentary with producer Jon Davison joining the three principals; he contributed plenty of comic ideas as well. There’s also an Isolated Score Track for Elmer Bernstein’s music, something we’re happy to see & hear. One good detail is that the generous subtitles include subs for the commentary, in English, French, German and Japanese. That kind of buyer-friendly attitude hasn’t been seen since the early days of DVD — too many discs nowadays lack any subs, even when the audience for a particular show is likely to skew toward older viewers.

No trailer is included.

I’m not sure I relish seeing the upcoming Flying Leathernecks disc after this, but I can recommend that readers find a way to expand their brains with the brain-dead wonder Zero Hour!   It’s got Sterling Hayden, Linda Darnell and Dana Andrews as you’ve never seen them before — and may never want to see them again. And check out Hellzapoppin! — it’s hard to believe it was released in 1941. 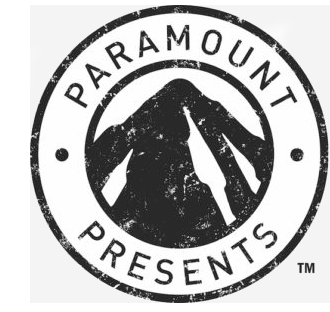