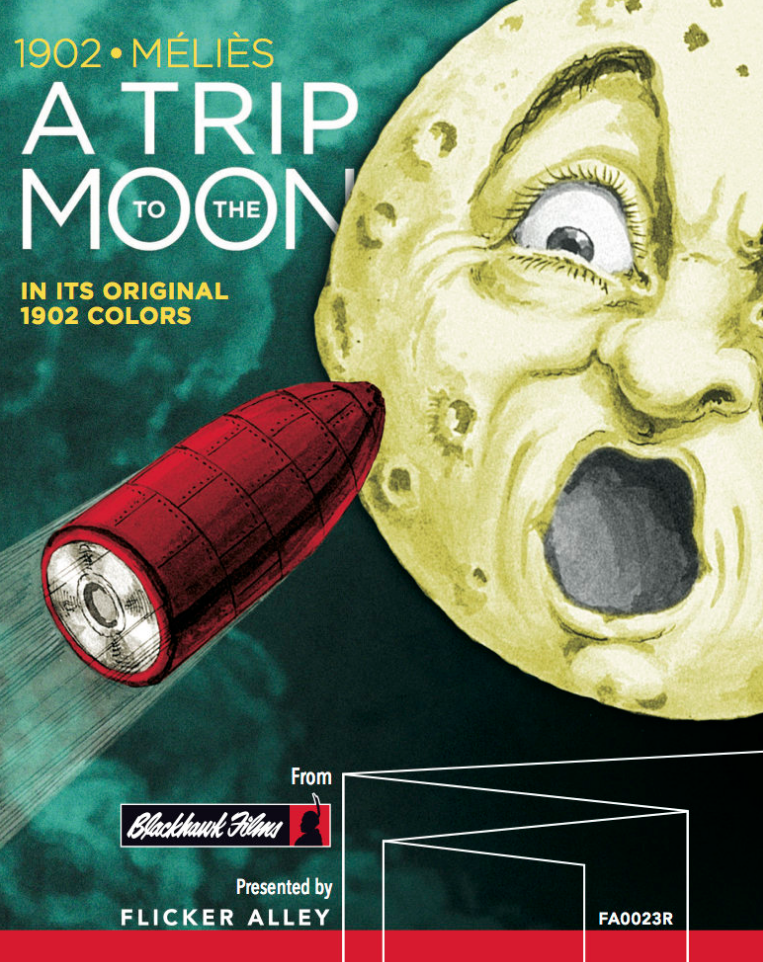 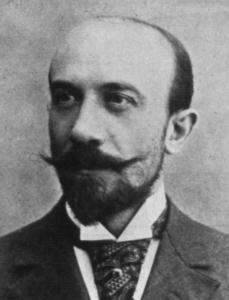 In the fall of 1886 the magician Georges Méliès was filming near the Place de l’Opera when his camera jammed for a few fateful moments. Those missing frames resulted in an unexpected optical illusion that for Méliès was a new kind of a magic trick; “I suddenly saw a Madeleine-Bastille omnibus change into a hearse and men into women.”

Embracing that happy accident, Méliès established himself as the foremost fantasy filmmaker of his generation – it could be said that he was responsible for the multitude of special effect extravaganzas occupying multiplexes to this day. But let’s not judge him too harshly.

Méliès first made his mark as an illusionist and for 16 years sleight of hand would define his approach to moviemaking. His energy and inspiration never seemed to flag; between 1896 and 1912 he made over 500 artfully odd movies, some lasting no longer than a minute. The titles, An Hallucinated Alchemist, A Hypnotist at Work, A Drunkard’s Dream, promised whimsical entertainments but the films themselves seemed to exist at the shadowy margins of the subconscious.

Inspired by Jules Verne’s fanciful science fiction, 1902’s A Trip to the Moon was Méliès most famous and enduring film – its idiosyncratic dreamscapes have turned up in countless documentaries as well as an unending parade of pop culture signifiers from Smashing Pumpkins’s swooning power ballad, Tonight, Tonight, to Martin Scorsese’s big budget love letter, Hugo.

With a running time of fifteen minutes, the movie is the director’s magnum opus, a whirligig spectacle celebrating the eccentric Professor Barbenfouillis (Méliès himself hidden beneath an unruly beard and stovepipe hat) and his stalwart band of astronomers as they plot their course to the moon.

Shot from a gigantic cannon, the adventurer’s bullet-shaped spacecraft hits its target, plowing into the moon’s eye with a silent but nonetheless visceral plop. What follows is a series of frenetic encounters with balletically inclined Selenites and  dreamy interludes boasting celestial cameos from old man Saturn and his daughter Phoebe, “Goddess of prophetic radiance.”

Méliès seems to mock his own simple storyline by crowding each frame with zaftig showgirls, marching bands, star-spangled backdrops and glittering bric a brac. The real star of the show is the literally lunatic conception of the moon itself, which Méliès presents as the “Man in the Moon” of arcane European nursery rhymes. Some nursery rhyme – a generation of children was lightly traumatized by Méliès’s leering, pasty-faced creation; in the same way Alice’s adventures teetered on the edge of a nightmare, Méliès’s “fanciful” moon-man was an unforgettable creep show.

Seen for the last century in stark black and white, an original hand-colored print of A Trip to the Moon was discovered in 1993 and restored in 2011. The monochrome version reflects the quirkily foreboding Victorian atmosphere of much of Méliès’s work but the color rendition is a near psychedelic experience – hand painted frames being an inconsistent thing at best, the color is never stable, resulting in a pulsating light show that suggests an explosion in a Crayola factory. 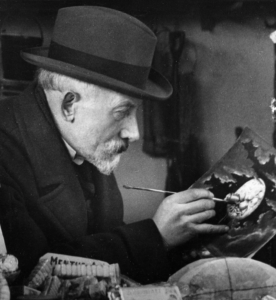 Flicker Alley has re-released their 2011 edition of film with three new soundtracks and slightly different extras. The transfer remains the same and it is exceptional. Worth the price of admission is Serge Bromberg and Eric Lange’s The Extraordinary Voyage, a 65 minute documentary charting Méliès’s career, the making of A Trip to the Moon, the remarkable rebirth of the color version and director/fanboys Costa Gavras and Michel Gondry weighing in on the visionary Frenchman.

Per Flicker Alley’s site, the other supplements include:

The restored black and white version of A Trip to the Moon with an orchestral score by composer Robert Israel and a second audio track featuring the original English narration written by Georges Méliès.

Two lunar-related films from Méliès, 1904’s The Eclipse and The Astronomer’s Dream from 1898.

The set comes with a souvenir booklet featuring an essay by Gilles Duval and Séverine Wemaere, rare production photographs and original drawings by Méliès.