Ready for something actually relaxing? Perhaps the Merchant Ivory team’s most gentle and pleasant film, this comedy of English manners at home in Surrey and abroad in Italy is a visual and dramatic delight. Society more or less prevents Helena Bonham Carter’s opinionated young woman from experiencing the full glory of Florence, but a frowned-on romance blooms anyway. Everybody likes this picture. 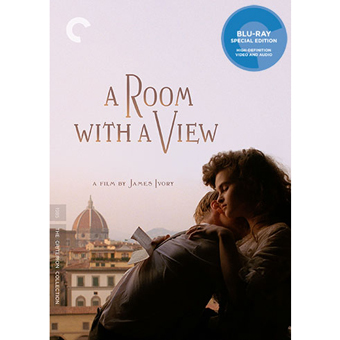 A Room With a View is one of those movies that husbands get dragged to by their wives, but then must admit was one of the better movie-going experiences of the year. At least that was my personal experience. Merchant-Ivory’s A Room with a View gave that company its first hands-down international hit. Gentle and knowing, it combines the collaboration’s impeccable knack for historical recreations of famous books with an enviable comedic touch. Ruth Prawer Jhabvala’s coy screenplay reduces events to their humorous basics. A smile stays on our lips no matter how seriously the Edwardians on screen choose to take themselves. 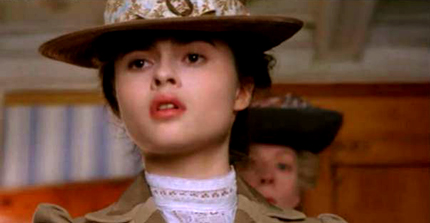 Inexperienced wealthy Briton Lucy Honeychurch (Helena Bonham Carter) encounters possibilities dramatic and romantic in Florence, despite the stifling influence of her chaperone, cousin Charlotte Bartlett (Maggie Smith). Back in Surrey Lucy tries to avoid the embarrassingly forward-thinking Mr. Emerson (Denholm Elliott), whose handsome son George (Julian Sands) had the audacity to steal a kiss from her back in Italy. Lucy’s now engaged to the priggish but socially acceptable Cecil Vyse (Daniel Day-Lewis). To her disappointment, that arrangement isn’t providing the shield from George Emerson that she hoped it would.

It’s hard to imagine a more advantageously cast version of Forster’s comedy of manners. Helena Bonham Carter is an ingenue with, as Reverend Mr. Beebe intones, “possibilities.” Maggie Smith is the impossible interfering spinster incapable of paying her own way or accepting anything foreign in a foreign country. Smith has a couple of fine scenes wandering the alleyways of Florence with Judi Dench’s hack romance novelist. Daniel Day-Lewis shows his dedication by investing his full measure of talent into the part of a dreadfully unlikeable twirp of an Englishman. And finally, this is the movie to see Denholm Elliott. He’s a life-loving free spirit, struggling at every turn with the unyielding disapproval of society that surrounds him. 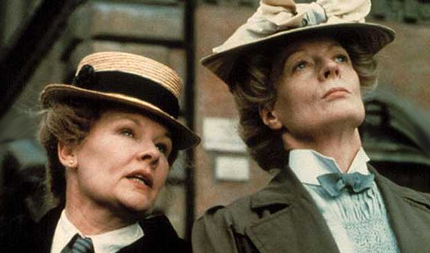 Julian Sands has the not-so easy role of the young man who shows Lucy that romance and propriety don’t have to go hand-in-hand. Sands, Rupert Graves and an uninhibited Simon Callow share a wild naked pond swim, which comes off as doubly refreshing considering how straight-laced everything else seems to be in this priggish corner of England.

Merchant-Ivory has a knack for staging elaborate period scenes in exotic settings on a modest budget. A Room with a View is one of those “Italy” pictures that give us the thrill of an idealized Florentine vacation, even when the characters on-screen don’t seem to be appreciating it. It’s all in the details: the desperation on the face of a youth stabbed in a public square, when Lucy witnesses what seems a real staging of Romeo and Juliet. We also appreciate a young Italiana’s disappointment when an intolerant cleric forces her to walk home alone from his stuffy hired picnic. Lucy receives her romantic awakening in a hill covered with flowers. It’s both thrilling and funny when George sees her and closes in for his kiss. Lucy just stands there, unclear as to what’s happening. Her entire life up to that moment has been based on the certainty that nothing ever will happen. 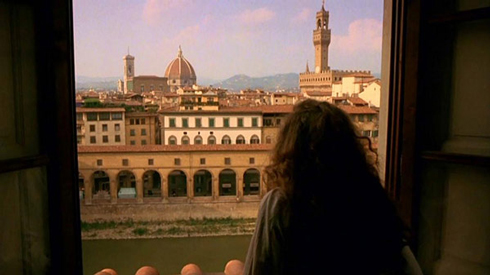 The little scenes back in England are a tangled series of awkward encounters, interrupted by humorous illuminated inter-titles: “Lucy Lies to Cecil.” “Lucy Lies to George.” Lucy arranges for a cottage to be rented by two adorable spinster sisters (Fabia Drake and Joan Henley) but the intolerable Cecil substitutes other tenants at the last minute. Charlotte wants to visit, and Lucy’s good-hearted mother (Rosemary Leach) sympathizes with her no matter how terribly she behaves. Snubbed and rejected, George Emerson and his father are about to retreat to London when Charlotte’s snooping inadvertently has a positive effect, for once. The charming events rush by so quickly, it’s difficult to believe the film is 117 minutes long.

A Room with a View is one of those movies that everybody likes, if they can be made to see it. Not aggressively artsy, it doesn’t aspire to cause revolt in the cinema world. I’ve carried positive memories from when it was new, and I like it even better now. It’s good to see where Helena Bonham Carter ‘came from,’ and also great to see Denholm Eliott being used as something other than window dressing in a Steven Spielberg film. 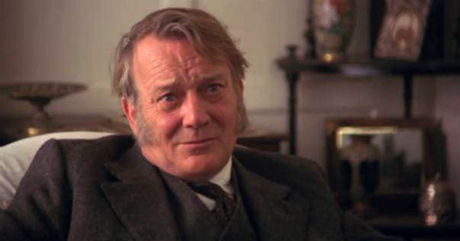 The Criterion Collection’s Blu-ray of A Room With a View looks far better now than the colorful but grainy film print I saw on a rainy day back in the 1980s. Tony Pierce-Roberts’ cinematography brings out the fabulous light of Florence and the hills of Italy, the glory that only a couple of the English tourists seem to appreciate — even identifying one’s self as a tourist in this society is not considered good form. Yes, it is often ‘pretty pictures’ imagery, but that’s how the characters are experiencing the foreign country, where the streets are crowded with what Judi Dench’s unenlightened author keeps referring to as peasants. An earlier DVD looked quite good but the 4K-derived transfer seen here is even more radiant. It’s a show to convince your spouse/partner that that $3,000 monitor you just bought was worth the money.

Criterion’s disc producer Jason Altman has found a number of key suspects to interview, even at this late date. All are pleased to revisit such a positive resume item. Besides director James Ivory and cameraman Pierce-Roberts, input comes from actors Helena Bonham Carter, Simon Callow and Julian Sands, plus the film’s costume designer, John Bright. Also included is a trailer, and a vintage NBC news segment on Merchant-Ivory Productions, the ‘art’ filmmakers that successfully went mainstream. John Pym provides the insert essay. 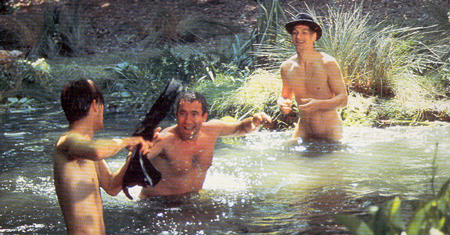 About ten years ago, an older DVD company called Home Vision Entertainment released an entire set of Merchant-Ivory DVDs with excellent transfers and extras. Criterion has tapped the company’s top titles, and I hope it continues through the collection. Some of the least-known M-I efforts are unique and entertaining treats.