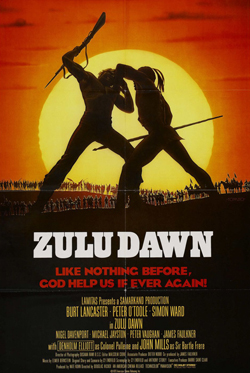 Cy Endfield, who directed 1964’s Zulu, wrote the book and screenplay for this 1979 prequel helmed by Douglas Hickox. It’s a similarly sprawling epic featuring even more Hollywood heavyweights including Burt Lancaster, Peter O’Toole, John Mills, and Bob Hoskins in a small role. Despite all the firepower—on the battlefield and in the cast list—the film failed to make the same impact as Endfield’s original.