“Am I decent?” They said that Ginger Rogers gave Fred Astaire sex appeal, but the teaming of Astaire and Rita Hayworth is something else. Columbia’s 1941 release is a weak service comedy until the dancing starts, at which point it becomes one of the better musicals of the year – and the breakout vehicle for Ms. Hayworth. 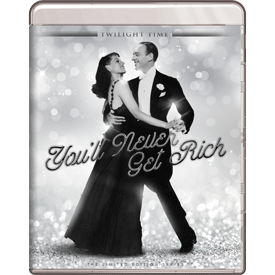 Freed from his RKO contract in 1939, Fred Astaire never signed another long-term deal. He instead jumped from studio to studio as one of the most sought-after talents of the 1940s. His first dancing partner away from Ginger Rogers was Eleanor Powell at MGM. Then came Paulette Goddard for an independent released by Paramount. But Astaire continued to leave audiences spellbound by his talent — his dancing was so impressive that nobody gave thought to his singing and acting skills, which were almost as good. 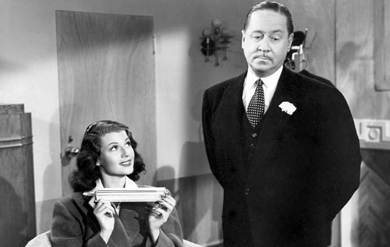 Few of the films were as lavish as his Ginger Rogers pictures, and not all were huge successes. But he found his most attractive dance ‘n’ romance partner in Rita Hayworth, the dancing starlet who would become the most popular pin-up of WW2. Hayworth had been singled out in featured roles for two years, but You’ll Never Get Rich is credited as the film that made her a star.

Released in the Fall of ’41 just before America was plunged into war, a goodly portion of this B&W Columbia show is recycled Buck Privates slapstick and time-worn screwball comedy, neatly done but nothing to wave flags about. But when the stars start dancing to the Cole Porter tunes, the film takes wings. It was to be the first of two back-to-back pairings for Hayworth and Astaire. 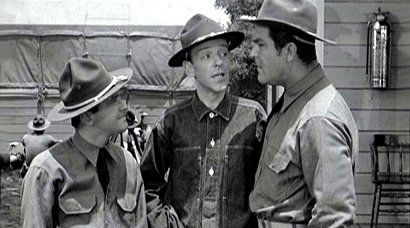 The story is a backstage trifle, partly set on in a boot camp that separates Fred from his black tie and tails. Dancing star Robert Curtis (Fred Astaire) likes his showgirls but hasn’t a special girlfriend until he warms up to looker Sheila Winthrop, a terrific dancer (Rita Hayworth). Trouble is, Robert’s already ruined his chances with Sheila by going along with a gag to rescue his philandering boss Martin Cortland (Robert Benchley) from his suspicious wife Julia (Frieda Inescort). Drafted, Robert is set up to stage a camp musical, starring, naturally, Sheila. But she’s now engaged to a Captain, and Roberts is perpetually in the guardhouse.

Columbia didn’t make a lot of great musicals, and perhaps this show didn’t expand Fred Astaire’s career horizons, but its success surely helped secure his independence. The charm of the show is Astaire’s, well, charm. There never was a cornier musical number idea than the one in Grand Central Station, as Robert Curtis prepares to board a train to boot camp. Carloads of showgirls spontaneously arrive, carrying signs, to sing and dance a farewell to their favorite choreographer. They tumble out of taxis, throwing away the fur coats they were wearing over their show costumes. It may sound terrible in print but it’s a pleasure. Astaire has the kind of positive screen spirit that makes us want his life to be a musical fantasy. 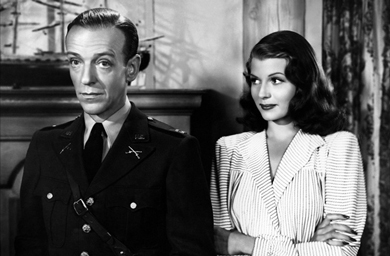 In one of his tap numbers, Astaire twists his legs and spins between taps, affecting a style that reminds us of some of James Cagney’s signature moves. Perhaps since Robert Curtis is supposed to be a New York boy, choreographer Robert Alton and Astaire worked out the local style? Back with Ginger Rogers the dances were always by Hermes Pan, but Astaire would work with the best in the business.

Rita Hayworth is already in prime WW2 pinup form, hiking her bare shoulders and posing her chin in close-ups that have the flavor of her best cheesecake stills. Her screen presence and line delivery is not to be improved upon; I always thought Hayworth’s just-slightly-husky voice was the sexiest in Hollywood. She taps well enough to keep up with Astaire but is one of his most impressive ballroom partners: no show-stopping fancy stuff, but class and elegance to burn. During those spins she tosses her hair in a way that tells us she’s fully in control of her charms. Yes, it was a fantasy that five years later culminated in her most impressive role, Gilda. Her career downturn after that point really popped the bubble of the Hollywood happily-ever-after illusion. 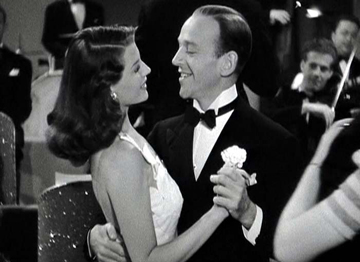 There are actually only a few musical numbers, spread out rather thinly. The rest of the movie is split between harmless but less memorable comedy segments. Robert Benchley opens things nicely as an absolute cad who can’t catch Hayworth’s Sheila; his tricks don’t fool anybody and serve mainly to keep Robert and Sheila apart until the last reel. Benchley’s funny, but also unlikeable when the silly plot requires him to remain a two-faced heel for most of the show. John Hubbard is a dunce in a Captain’s uniform playing the requisite loser, the Captain that ‘almost’ weds Rita. Sloe-eyed Osa Massen (Rocketship X-M) has the really thankless role as the conniving competition for Rita, a talentless foreigner who wraps Benchley around her finger. The action among the recruits on base is strictly slapstick. Big Guinn Williams and comic Cliff Nazarro are Fred’s closest buddies; Nazarro is an annoying vaudeville type with an act that consists completely of talking unintelligible nonsense. He plays a guy named ‘Swivel Tongue.’ Astaire does indeed spend a lot of time in the guardhouse, which turns out to have a floor big enough for him to dance on. The cell also has a large barred window, so that Hayworth’s Sheila can pass by frequently, to exchange dialogue with the incarcerated Astaire.

The big ending is the camp show, done of course with Astaire under house arrest and Rita packed and ready to leave for marriage in Panama. They tap dance atop a giant porcelain army tank, and then Astaire reveals that the fake wedding in the skit was real. That sneaky trick turns out to be just what they both wanted, and the film ends in nonsensical bliss. Even for a musical, that storyline is plenty weak. But those things just don’t matter in a genre built to showcase special talent. You’ll Never Get Rich delivers real movie stars, the kind that seem capable of holding the universe together with their talent and attractiveness. 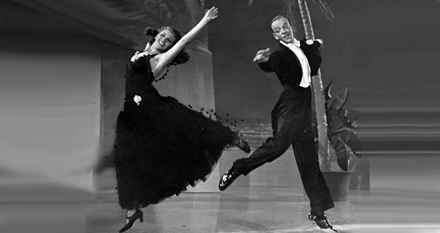 The Twilight Time Blu-ray of You’ll Never Get Rich is a completely remastered B&W scan that makes the old DVD look like shopworn goods. The image is clean and buffed, showing off the four or five musical numbers — not many, actually — and looking good in the dream sequence where Fred Astaire imagines Rita Hayworth while asleep in his army cot. Multiply that thought a million times, and you have an alternate history of the war from the GI point of view.

The Cole Porter songs sound fine, although I have to admit none of them really sticks or became a standard. The Four Tones (with Chico Hamilton) sound good singing “Since I Kissed my Baby Goodbye” in the guardhouse scene, while the best Astaire-Hayworth dance number is the Latin-inflected “So Near and Yet So Far”.

The original trailer shows bits from all the songs, and begins with a special Robert Benchley lead-in. Julie Kirgo’s liner notes sketch the relative positions of Astaire and Hayworth in their careers, and have a lot more to say about the costumes and music. Although Astaire was often quoted to the effect that his best partner was Ginger Rogers, Julie reminds us that on at least one occasion he admitted a preference for Rita Hayworth. Years before, when she was a dancer paired with her father, they’d been on the same bill in New York.

Back on the Steven Spielberg movie ‘1941’, Columbia’s You’ll Never Get Rich is shown playing a few doors down from Dumbo on Hollywood Blvd.. In Gale & Zemeckis’ original script, teen zoot suiter Wally aspires to become a great movie dancer, and is introduced tap-dancing behind the movie screen, matching Fred Astaire’s tapping feet. The scene didn’t make it into the final draft, although Wally does win a seven-year contract with RKO studios.