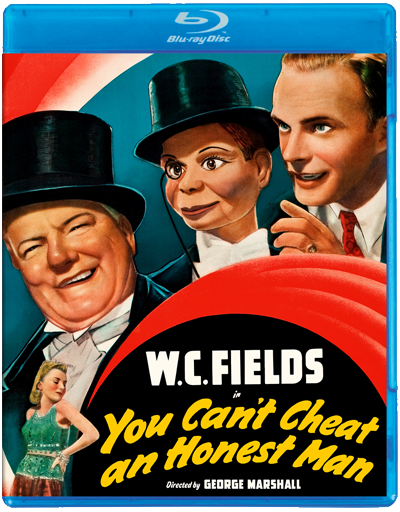 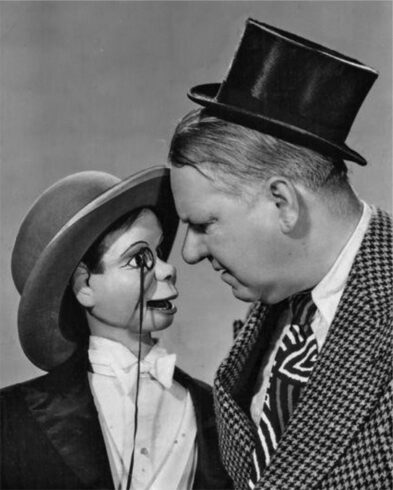 Charlie McCarthy was W.C. Fields’ most formidable antagonist—a wide-eyed charmer with a bright (not to mention permanent) smile, Charlie was everything the great comedian wasn’t. One thing Fields had that Charlie didn’t was flesh (admittedly sagging) and blood (80 proof on the best of days). The diminutive McCarthy was made of wood—only a dummy in top hat and tails but the most famous puppet on the planet, and operated by the worst ventriloquist in Hollywood, Edgar Bergen. Though Bergen couldn’t keep his own mouth from moving when he spoke for Charlie, the little fellow’s dialog still packed a punch. Indeed, the reason the duo proved so effective in their skirmishes with Fields was because their humor, though genteel in delivery, proved as cynical and risqué as the old reprobate’s.

Fields and McCarthy first met in 1937 on a radio show called The Chase and Sanborn Hour. During the late ’30s Fields was too ill to function on a soundstage (booze and other ailments) but the radio not only gave him work, it expanded his audience—stuffed shirts who wouldn’t be caught dead buying a ticket for You’re Telling Me were happy to tune in to The Great Man’s radio incarnation. The notion of going nose to nose with a mannequin must have appealed to the comedian’s sense of the absurd—his first meeting with the wisecracking half-pint sparked a long-running, and completely fake, feud. And those sparks really flew—the non-stop volley of insults brought to mind Groucho’s jibe in A Night at the Opera, “You big bully, stop picking on that little bully.” 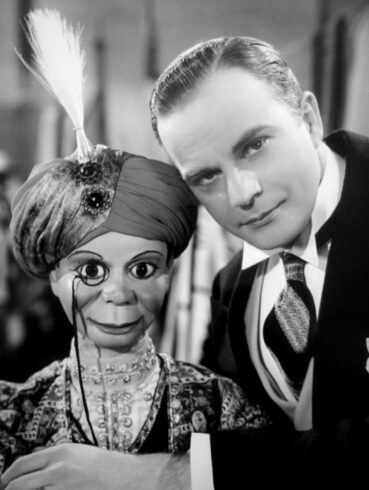 1939’s You Can’t Cheat an Honest Man was the first film Fields made after his recovery and the first he made for Universal—and though the studio ended up naming a street after him, that relationship was never too congenial. Universal usually tempered Fields’ appearances with box-office guarantees like Mae West in My Little Chickadee, or family-friendly ingenues like Gloria Jean in Never Give a Sucker an Even Break (Pauline Kael on Gloria: “You can’t just shut your eyes because she sings.”) But by pairing Fields with Bergen and McCarthy, the front office played it safe and smart—You Can’t Cheat an Honest Man is essentially a big screen version of their profitable radio act.

Because he has to share top billing, the result is not Prime Fields but the combination of the gentlemanly Bergen and the ill-tempered Fields definitely has its pleasures, like a sweet and sour candy. Fields plays Larson E. Whipsnade, proprietor of the Circus Giganticus, a flea bit big top peopled by third rate performers, among them Bergen and Charlie who perform a sideshow swami act. Charlie, as in all his film appearances, is treated by the cast as a living, breathing entity, yet he’s obviously a puppet—as if Pinocchio’s transformation into a flesh and blood boy was stalled at mid-transition. And the women (usually studio starlets) adored the randy little Romeo—when it came to the opposite sex, Charlie was as ravenous as Harpo. While Whipsnade spends the bulk of his time conning ticket buyers or hiding from creditors (his disguise as a female sharpshooter is a particular standout), he also has to deal with his daughter Vicky’s suitors; a wealthy mama’s boy named Roger Bel-Goodie, and Bergen himself, who lands in Vicky’s lap by way of a hot air balloon. 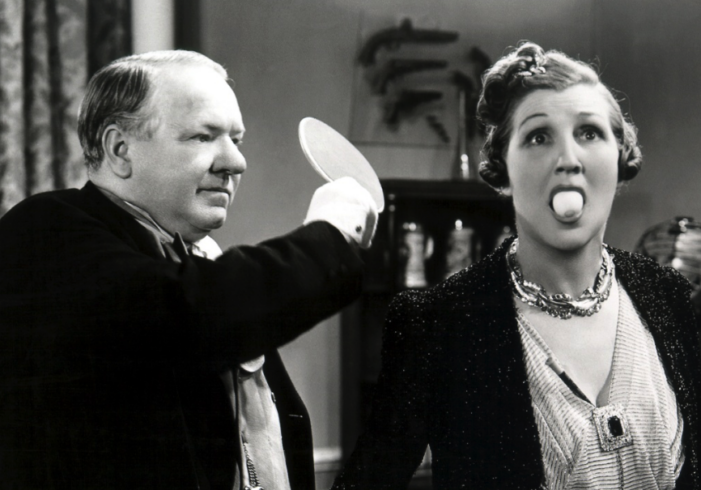 Fields and Bergen run through near verbatim recreations of their broadcast repartee and are given plenty of room to shine in their own routines. The brief appearances of Grady Sutton and Eddie Anderson are welcome but the centerpiece of the film is all Fields; he upends a fancy dinner party at the Bel-Goodie mansion with a one-sided ping pong game and traumatizes the family matriarch recounting his battle-scarred adventures with cantankerous pythons. 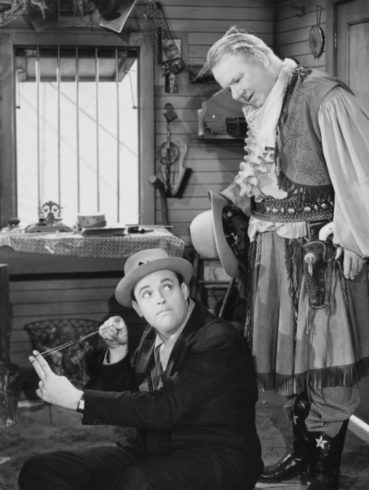 George Marshall, the superb comedy director in charge of The Ghost Breakers and Murder, He Says, tries his best to herd all these cats but they are an unmanageable bunch, due mainly to the undisciplined screenplay based on a “story” by Fields (as Charles Bogle). Three steadfast studio scribes did most of the work under the hood; Richard Mack (Charlie McCarthy, Detective), George Marion Jr. (The Big Broadcast of 1936), and Everett Freeman (The Secret Life of Walter Mitty). The chase scene that inevitably ends any Fields picture, with the comedian piloting a chariot and Bergen commandeering a bicycle, is particularly abrupt, reflecting the movie’s rushed shooting schedule (the film began production in late November of 1938 and arrived in theaters 2 1/2 months later).

There were other obstacles for the production, as Michael Schlesinger points out in his audio commentary on Kino Lorber’s new Blu ray; the mercurial Fields took a disliking to Marshall early in filming and refused to work with him. Edward Cline, Fields’ old pal and the director of Fields’ screwball classic Million Dollar Legs, stepped in to direct the rest of Fields’ scenes. Schlesinger puts a film scholar’s magnifying glass up to the film and returns with a wealth of factoids about even the most obscure character actors. Kino’s transfer looks fine, with excellent detail and rich tones if not necessarily a dazzler. Along with Schlesinger’s narration, they’ve added several trailers for classic Paramount comedies, mostly Fields films (with a really good-looking trailer for Alice in Wonderland) and two from George Marshall, The Ghost Breakers and Murder, He Says.

Here’s Joe Dante on You Can’t Cheat an Honest Man: