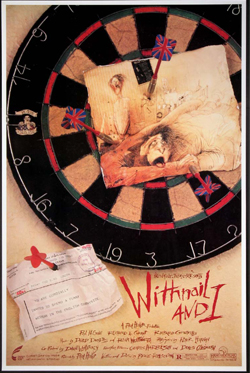 The first film in director Bruce Robinson’s (so far) four-film canon is virtually unknown in the US but a true cult item in Britain, telling the story of two down and out ’60s actors driving each other crazy at a country cottage. Unclassifiably oddball, it’s an actors’ showcase best enjoyed with a few drinks. Witty, slyly funny and stolen by Richard E. Grant as the booze-soaked Withnail.  In 2000, readers of Total Film voted Withnail and I the third greatest comedy film of all time.