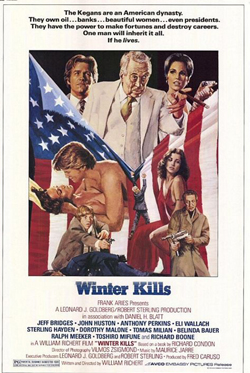 Paranoia reigns supreme in William Richert’s blackly comic conspiracy theory extravaganza which connects patriarchs, technology and assassins in a potent Cold war fable that’s as crazy as it is prescient. Hardly seen during its initial release, it has since engendered a small but dedicated following on video.